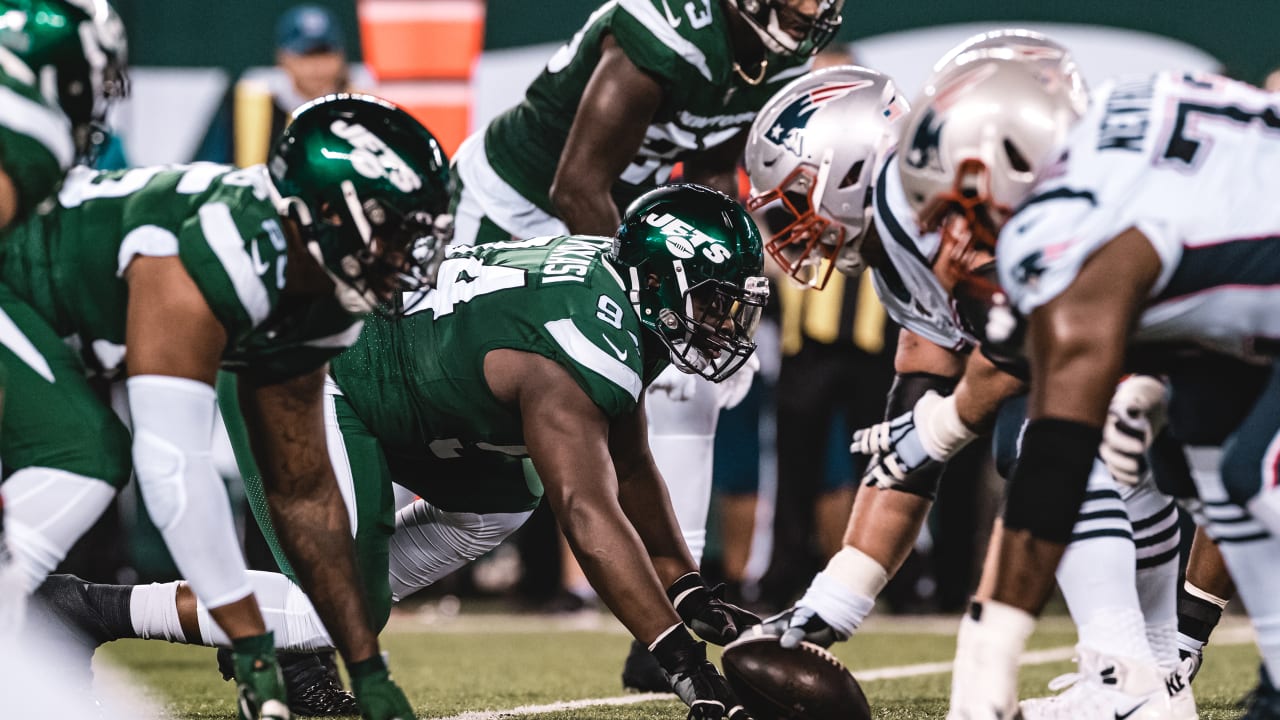 Good morning, afternoon, and evening. Monday Night Football games are always interesting. It is typically the last game of the week and because it's on ESPN, it is on a national stage. These Monday night games are typically a large source of public perception. The world will see a team overperform or underperform and it usually sways their expectations of that team moving forward.

Monday Night football gives us a matchup of two of the worst offenses in the league. The are the bottom two teams in points scored. A bulk of the New England Patriots' points were put up in weeks two and three. Since then, they have looked as bad on offense as any team in the league. The only team that makes them look competent on offense is the New York Jets. The Jets are averaging less than 12 points per game. There have been very little to enjoy about watching Jets football. The are bottom ten defensively, and they are the worst ranked team in overall offense, passing offense, and receiver route running. Monday night is shaping up to be quite literally an offensive struggle. The Patriots have enjoyed years of dominating the Jets head-to-head as well as with their won/loss records. This success may continue, but I truly believe the Patriots' playoff hopes will be crushed sooner rather than later this season. The Jets are looking forward to scouting the number one draft pick for next year. I can't find a game or a situation that would allow me to believe the Jets will be able to beat any team.

One side of the quarterback matchup is a former league MVP in Cam Newton who made it to a Superbowl. He has fallen from grace since then. This year he has a terrible 2/7 touchdown to interception ratio. He has not done well in this offense. Since he came back from his absence this season, he has looked every bit like a 4th-string journeyman quarterback as oppose to the former Superbowl contender that we use to know. He will be going against a former Superbowl MVP who once bet on himself and won big. Flacco led the Baltimore Ravens to a Superbowl victory in an interesting and controversial Superbowl game. His time with the New York Jets has not been pleasant. He has a 51% completion percentage. In the game that I watched him, I felt bad. He could not make many of the throws that he tried. He would over-throw, under-throw, and just overall be off target.

The Patriots have a three headed backfield that they use in most games. James White is typically the pass catching back where Damien Harris is the primary carrier of the ball. Rex Burkhead is a hybrid and has shown the ability to explode statistically. They will be squaring off against LaMichael Perine and the ageless wonder, Frank Gore. I honestly thought Frank Gore was nearing the end of his career when he played for the Indianapolis Colts. Clearly, he had other plans.  He has not been efficient, but he seems to be the best of what they have right now.

These franchises have met 121 times. The Patriots have won the last eight meetings. They will look to stretch that streak to nine tonight. The Jets will look to avoid a nine game losing streak to the Patriots as well as this season in general. Some people feel as if the Jets want to lose for certain reasons. That is not my argument to debate. Despite this game shaping up to be an ugly dog fight between two teams at the bottom of their division, I will be watching it by default. This will be the most entertaining NFL game tonight!