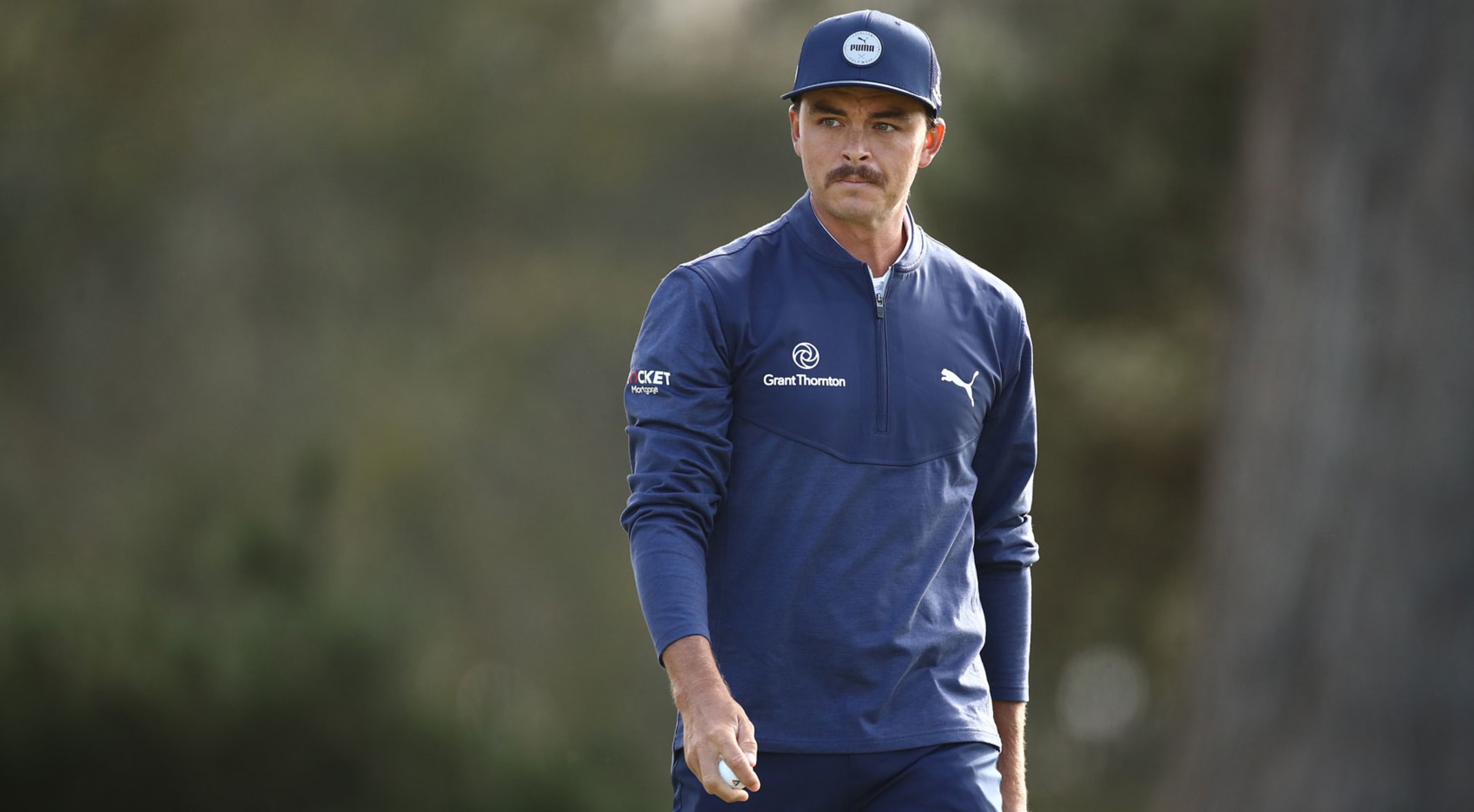 Welcome to The Masters and welcome to my weekly betting piece. I focus a lot of time on the DFS side of things for golf but I have actively bet outrights/props/Top 5s, 10s, and 20s for many years as well as golf is one of the biggest “bang for your buck” sports to bet on in the world. Albeit not as likely, each year it seems we see either a 300/1 or even 500/1 winner on the PGA Tour and hitting just one of those can pay for your next few years of golf betting.

My overall pick to win this tournament. Ranks top 20 or better in every statistical category I’m weighting this week, including 2nd in SG: Around-the-Green (ARG), 7th SG: Tee-to-Green (T2G), 11th in SG: Off-the-Tee (OTT), and 12th in SG: Putting on Fast/Bentgrass greens. He finished 9th at Augusta last year, he has great experience on similar courses (former winner at Muirfield), and just won a few weeks ago on TOUR. He’s in great form, he fits the criteria for a Masters winner, and has the distance/scrambling/putting ability to win his first major.

I think many, including myself, have pegged him to win a major a long, long time ago and this major seems to fit him the best. Yes, he will always putt poorly for the most part, but he’s one of the most pure ball-strikers in the world, actually has a great SG: ARG game (3rd in the field), ranks 5th SG: T2G, and is 10th in Birdie-or-Better % (BoB) to go along with Top 15 in SG: OTT and GIRs. Comfortable at this course with 5 straight made cuts that includes 2 Top 10s and an 11th/19th in that span.

Doesn’t play nearly as much as others so always difficult to judge his “current” form but in his 5 starts since post COVID, he has made all 5 cuts, albeit no big finishes, but has gained on SG: APP in 3 of his last 4, SG: Putting in his last 3 straight, and has fantastic course history. Scott has made every cut at Augusta since 2010 with a win in 2013 along with 3 Top 10s and 3 Top 20s in that span. He ranks 6th in this field in BoB and 9th in SG: Putting on Fast/Bentgrass greens.

Purely going down narrative street as Rickie has looked pretty awful with his last Top 10 finish coming at the Amex this past January; however, course history matters and Rickie clearly likes this course and his results show just that with 8/9 cuts made in his career. Of those finishes, three were Top 10s (including a runner up), while 2 more were T12/T11, all in the last 6 years. Rickie is still one of the better putters on TOUR, he excels on Bentgrass greens, and although his all around game/ball-striking have certainly lacked, he does still rank 24th in the field in GIRs and SG: OTT along with 22nd in SG: Putting on Fast/Bentgrass greens… plus, we’ll never get a number on this popular of a player again. One time?

Rose started out the post COVID portion of the season hot by finishing 3rd in the first event back and followed it up with a 14th the week after, gaining over 6 strokes T2G in both events. Then… I’m not sure what happened but Rose become extremely inconsistent and looked out of sorts with the irons. He hasn’t been a COMPLETE disaster as he missed 3 straight cuts and then flourished for a T9 at the PGA Championship. Now to some positives… he has gained on SG: OTT in 4 of his last 5 tournaments, his best putting surface is Bentgrass, and he does rank 9th in the field in SG: Putting on Fast/Bentgrass greens, 26th in GIRs, 32nd in SG: APP, and 21st in BoB. Nothing groundbreaking in the stats category, but before he MC at Augusta last year, he had 8 straight made cuts with no finish worse than T25 that included 2 runner ups, 2 more Top 10s, and 3 T14s or better in that span… he knows this course and this is a huge number for a former major winner and one of the best overall Augusta players on TOUR.

Per my course history model, he has the best Augusta form of anyone here with no missed cuts between 2007-2017 (hasn’t played the last 2 years) that included 2 runner ups, 3 Top 10s, and a couple close calls for one of the best players ever without a major… tough to see Westwood really contending for a win, but I love the Top 10 upside that he comes with this week.

Needs to find some magic… probably a suckers bet but hard to argue with his history and although his driver/irons are NOT in form right now, he still ranks 6th in SG: ARG, 13th in BoB, and 2nd in GIRs… also has never finished worse than T21 in 6 starts at Augusta.

Makes me nervous to bet this as Im is a debutant, but he feels a cut above a lot of the other debutants with how consistent he is and as a former winner this year (Honda Classic). Didn’t have his best stuff in Houston last week, but had gained on SG: APP in the previous 6 events in a row, gained on SG: OTT in the previous 5 events in a row, and is riding an 8 straight made cuts streak coming into Augusta.

Mostly plays on the European Tour so we don’t have a tremendous sample of reliable stats, but he has made all 4 cuts at Augusta, with 2 of them a T24 and T22, made the cut at both of the majors this year, and we’re getting decent value on a guy who’s a great putter on the Euro and is the 37th ranked golfer in the world right now.

Another debutant, so like Sungjae, that comes with risk, but Munoz is in great form right now with 8 straight made cuts that includes 3 Top 10s and has gained on SG: APP and SG: T2G in last 4 events in a row. In this loaded field, Munoz ranks 17th in SG: T2G, 3rd in SG: APP, and 8th in SG: ARG. I see Munoz is a very strong T20 value bet as his Vegas have his implied odds in the range of around 18-20% to get in the Top 20 compared to mine of about 27-28%.

Weird bet here but it’s basically Rickie versus Wolff and with Wolff’s recent form/driving woes and being a debutant versus Rickie’s course history, I really like that we’re getting Rickie at + money here.

As noted above, I don’t like Wolff’s form right now and his recent struggles with the driver, which is by far his biggest weapon. Bryson is the co-betting favorite (or close to it) and it sounds counterintuitive, but maybe he does just drive every green and win… but if he starts to struggle, I think it goes downhill fast and he could easily MC. Fleetwood has looked horrible, at least in the US lately, losing strokes on APP in SIX STRAIGHT events, losing T2G in 4 of his last 5 and just putting extremely well… if that putter goes cold, he could be in for a hell of a time. Lastly, I love Woodland, but he’s admitted he’s hurt and probably needs surgery, so I think we’re getting great value with his injury and getting a + money bet.

This group is loaded, so I think it’s worth a unit or so on the best iron player in the world (also ranked #3 in OWGR) to beat a couple of other studs.

I love Cantlay this week as you’ll see in all my content, so I think we’re getting decent odds here. I think Hideki would also be a fine bet at +375 but I think Xander/Hatton are overvalued in this group at +250/+350. Brooks is always a threat to storm the field, especially in a major, but he’s still coming off of a pretty recent injury (but has looked pretty solid to be fair).

Tight group here with all 5 guys, Finau/Day/Morikawa/Reed/Bubba between +325 to +350 but I think Bubba is playing some of the best golf in the world right now. Bubba has gained in SG: OTT and SG: T2G in 9 straight events, gained on SG: APP in 6 straight, and has 2 Top 20s and 2 Top 10s in his last 4 starts. Lastly, maybe burying the lead, but Bubba has also won here twice and finished 12th/5th at Augusta in his two most recent starts.