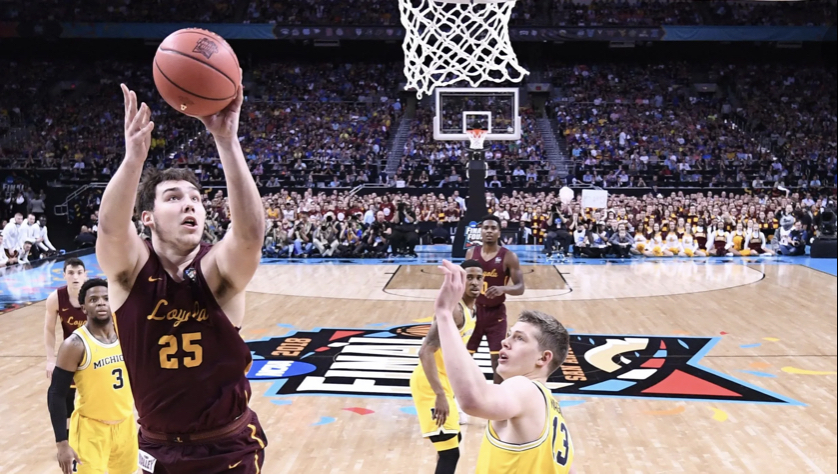 Everyone loves a Cinderella story, and it seems like there’s one every March. Sometimes it’s a shocking Sweet Sixteen run like “Dunk City” FGCU, or maybe it’s the launch of a hall of fame career like Steph Curry’s Elite Eight run with Davidson. Since 2000, a mid-major made the Final Four six times. Loyola Chicago, Wichita State, VCU, Butler and George Mason all made names for themselves with magical deep runs in March Madness. This year, I have my eye on six college basketball teams who could fit the glass slipper.

Coach Ben Jacobson had a 25-win team last season that shockingly lost in the first round of March Madness. This season’s focus should be on redemption. AJ Green & Austin Phyfe were one of the best inside-outside duos in the country last year as sophomores. That duo makes UNI a favorite in the battle with Loyola and Bradley for the Missouri Valley Conference title. The Panthers covered the spread in 68% of games last season and I think they’ll be a money maker yet again. Remember in 2010 when Jacobson’s UNI knocked off 1-seed Kansas to make the Sweet Sixteen? A decade later he’ll have a chance to make surprise headlines in the NCAA Tournament once again!
Futures Bet: UNI to make Final Four +2400

The other MVC team I really like has made NCAA Tournament headlines much more recently with their Final Four run in 2018. Cameron Krutwig and Lucas Williamson were just freshman then, but were important pieces nonetheless. Krutwig has continued to dominate on both sides of the ball and now enters his senior season alongside seniors Williamson, Tate Hall, Aher Uguak, and Keith Clemons. Coach Porter Moser has the talent and now the experience to make some noise yet again.
Futures Bet: Loyola Chi to make Final Four +7400

I still think Richmond can win the Atlantic 10. I ranked the Spiders #30 preseason, though a season ending injury to Nick Sherod, their best three point shooter, drops them a bit. Dayton should still be good despite a massive drop off with Obi Toppin’s early departure. With that said, the “sleeper” team in the A10 that could make noise in March is Saint Louis. Coach Travis Ford has his best roster in six years, ever since Marcus Smart led a talented Oklahoma State team. The Billikens return their top 8 scorers from last season’s 23-win team, with their three best players all entering their senior seasons.

Besides experience, what will make this team so dangerous come March is their uniqueness. Saint Louis was the absolute worst free throw shooting team in the country. They barely shot any threes. They foul a lot. However, their strengths lie in physical defense and relentless rebounding. By absolutely dominating the glass, Saint Louis not only stays in games, they win a lot and can upset teams caught off guard by such unique gameplay.
Futures Bet: SLU to make Final Four +2400

6’11”, 235 lbs Charles Bassey was one of the top recruits in the nation out of high school. As a freshman, Bassey dominated as a double-double machine and will go down as WKU’s best freshman ever. After flirting with the NBA Draft, Bassey returned for a dominant start to his sophomore season before an injury led to season-ending surgery just before conference play began. Bassey returns for his junior year and is joined by some key transfers that make this Hilltoppers squad really dangerous.

6’5” Luke Frampton was the best three point shooter in the A10 in his 2018-19 freshman season with Davidson. Frampton’s spacing will complement Bassey’s paint presence nicely. Casey Alexander’s Lipscomb squad won 20, 23, and 29 games in Kenny Cooper’s three seasons as a steady floor general. Cooper, a great passer and defender, transferred to WKU and upgraded from an ASUN powerhouse to a Conference USA powerhouse. WKU coach Rick Stansbury will undoubtedly put together a fourth consecutive 20-win season, but he hopes to break through for his first C-USA league title. I really like his chances.

Coach Matt Figger is 62-38 in his first three years as head coach. More importantly, he is 39-15 in conference play and has improved in each year. He will compete for Ohio Valley Conference yet again, but if their awful perimeter defense can improve then they can finally win it. Expect Terry Taylor to dominate the conference in his senior year. Jordyn Adams was electric as a freshman and I can’t wait to see what him and Taylor do this season. Covering the spread 59% of the time last season, AP must have surprised a lot of bettors. They won’t surprise us this season, that’s for sure.

Coach Casey Alexander had Lipscomb looking great, ultimately winning the ASUN tournament in 2018 and then winning 29 games in 2019 before getting the Belmont job right down the road. In year one with Belmont, Alexander led a balanced team to win the OVC regular season & tournament.  Alexander will rely heavily on the dynamic duo of juniors in Grayson Murphy & Nick Muszynski to compete for another OVC title and a good chance to be a NCAA Tournament Cinderella.