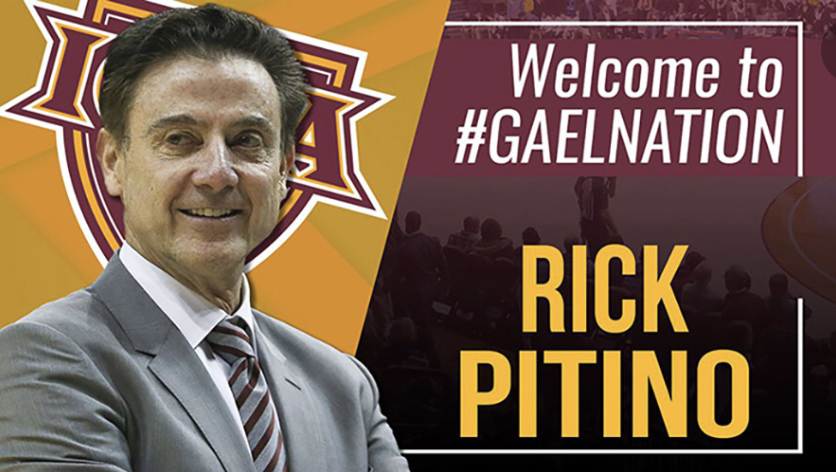 If you read my Mid-Major Cinderellas article, maybe you sensed a theme. If not, let me spell it out for you. Coaching really matters! Tim Cluess had an excellent run at Iona, topping the MAAC six out of ten years, but now he’s gone. In steps one of the NCAA’s main coaching villains, Rick Pitino. With a scandal-filled background you can certainly question Rick Pitino’s character, but you can’t deny he’s a winner. Pitino has won championships at Kentucky, Louisville and recently in Greece. I think he’ll have Iona battling with Siena to the top the MAAC.

Coach Richie McKay left Liberty in 2010 to spend six years with Tony Bennett at Virginia with their slow-as-molasses tempo. When McKay returned to Liberty in 2016 he brought along a slow-as-molasses tempo and pack line defense. After coaching the Flames to back-to-back ASUN regular season & tournament championships, McKay loses four key seniors to graduation. Nevertheless, with a stout back line defense and a 23 game home winning streak, I expect Liberty to be successful again this season. They’ll compete with Lipscomb at the top of the ASUN.

The Pride covered the betting spread in over 75% of their games last year and that was the best mark in all of Division I college basketball! In the past two seasons Hofstra has gone 53-16 with back-to-back CAA regular season titles and a couple surprising games including a win at UCLA and overtime loss at VCU. I plan to ride the Pride to beat the bookie again this season.

This one seems too easy. The Aggies won the WAC five of the past six seasons and won seven of the past eight WAC Tournaments. They were a perfect 16-0 last year in conference play. Now they return 6’7” matchup nightmare Johnny McCants, who shot 68% inside and 39% outside while being very active on the boards as well. Division I newcomers Tarleton State and Dixie State replace CSU Bakersfield (moved to Big West) and UMKC (moved to Summit League), but I still don’t see anyone dethroning NMSU from atop the WAC. Expect the Aggies to make the Big Dance, put up a fight, but exit in the first round.

Coach LeVelle Moton has averaged over 20 wins per season the past decade in Durham, North Carolina. Last season very well could have been Moton’s fifth trip to the NCAA Tournament. This program relies on excellent defense year in, year out. Showing any sort of offensive life whatsoever from behind the three point line would just be a bonus.

Coach Joe Gallo’s Warriors made quite the entrance into Division I last season. Merrimack won the Northeast Conference and goes down as the first school ever to win its league in their first year of Div I. They did it by playing their own brand of basketball: incredibly slow tempo, zone defense, and elite press defense leading to the highest steal percentage in the nation and third highest forced turnover percentage in the nation. Gallo will have to replace a senior point guard, but he has enough returning pieces to go back-to-back in the NEC. They covered the spread in 60% of games last season. Will they remain underrated this season?