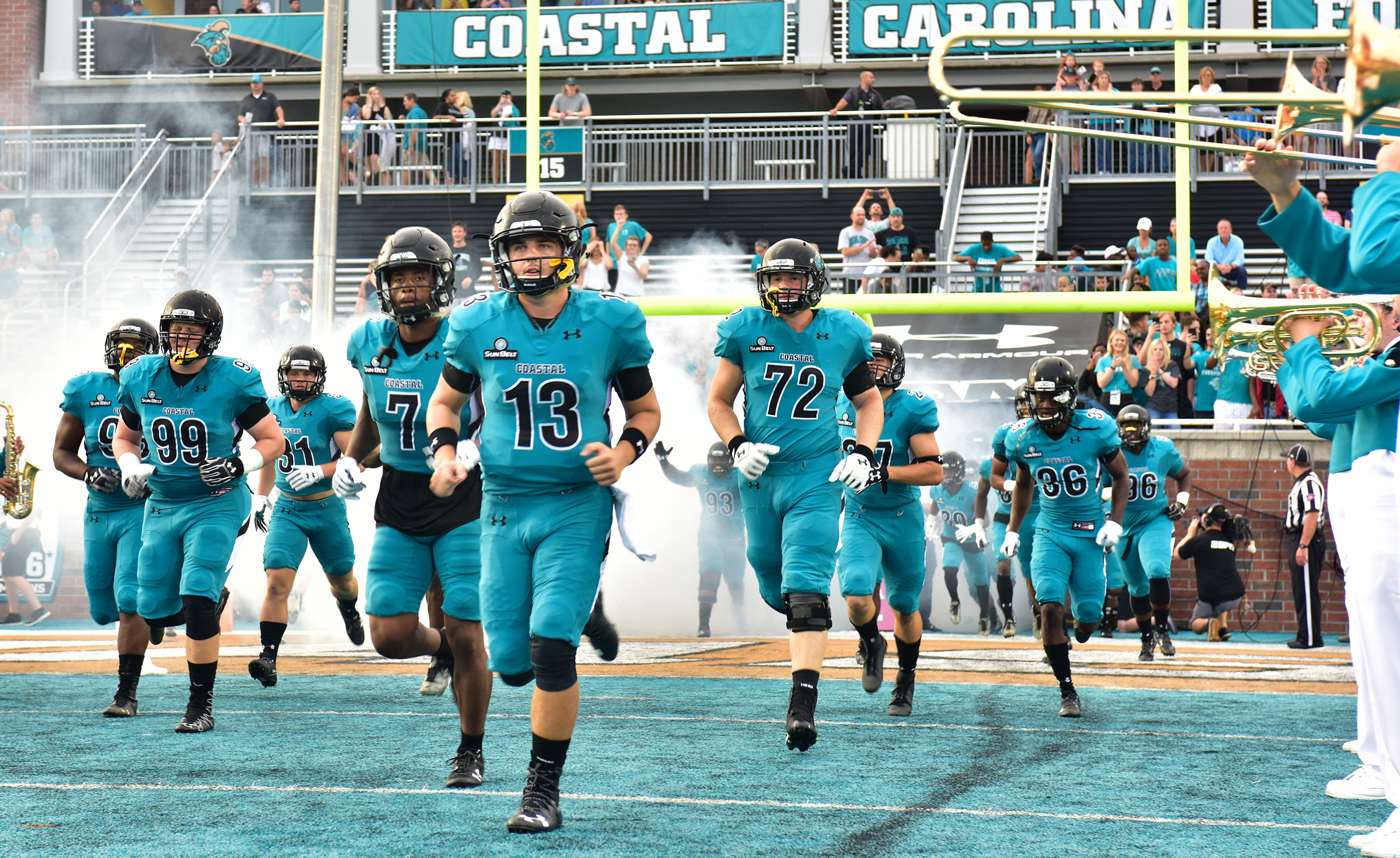 Last weekend in College Football was odd to say the least. A week where three of the top four programs were not in action. Once again, the teams have been impacted by COVID-19. However, this week we are in for a treat with a few top 25 match ups and plenty of money to be made.

Prior to the start of the 2020 college football season, many casual football fans were unfamiliar with head coach Jamey Chadwell and the Coastal Carolina Chanticleers. Chadwell is seen as somewhat of an overnight success; his mission to turn this program around officially began in January 2019 after he was promoted from interim head coach to the team’s official head coach.

Coastal Carolina is led by freshman quarterback Grayson McCall. He has been outstanding orchestrating Chadwell’s run heavy offense. McCall has racked up over 1,300 yard through the air and another 270 yards on the ground, while tallying 20 total touchdowns and only one interception.

Coastal is undefeated on the season while also being 5-1-1 against the spread (ATS). During this historic run, they are winning their games by an average of 21.6 points. It seems as if Vegas is struggling to figure out how to price the Chanticleers. Their average +/- against the spread is +17, meaning on average they beat the spread by 17 points.

The Appalachian State Mountaineers are having another impressive season themselves. They come into matchup with a 6-1 record and look to spoil Coastal Carolina’s Cinderella season. The problem the Mountaineers face is their inconsistencies on the offensive side of the ball. In their game against Georgia State their defense did well to hold them to just 13 points, but their offense struggled and only put up 17.

With Appalachian State’s inconsistencies on offense, it will be hard to think they will produce enough points to stay competitive late in the game. While the Mountaineers are on a 1-7 ATS run in their last eight games, we will gladly fade them and back the better Coastal Carolina.