Every Monday I update my weekly college basketball top 25 rankings right here at BetKarma. This is not a predictive model; I’d say this a combination between resumes, statistics, and my ‘eye test’. I analyze entire game performances,not just the final scores. And unlike other rankings, I try to ignore the names on the front of the jerseys. 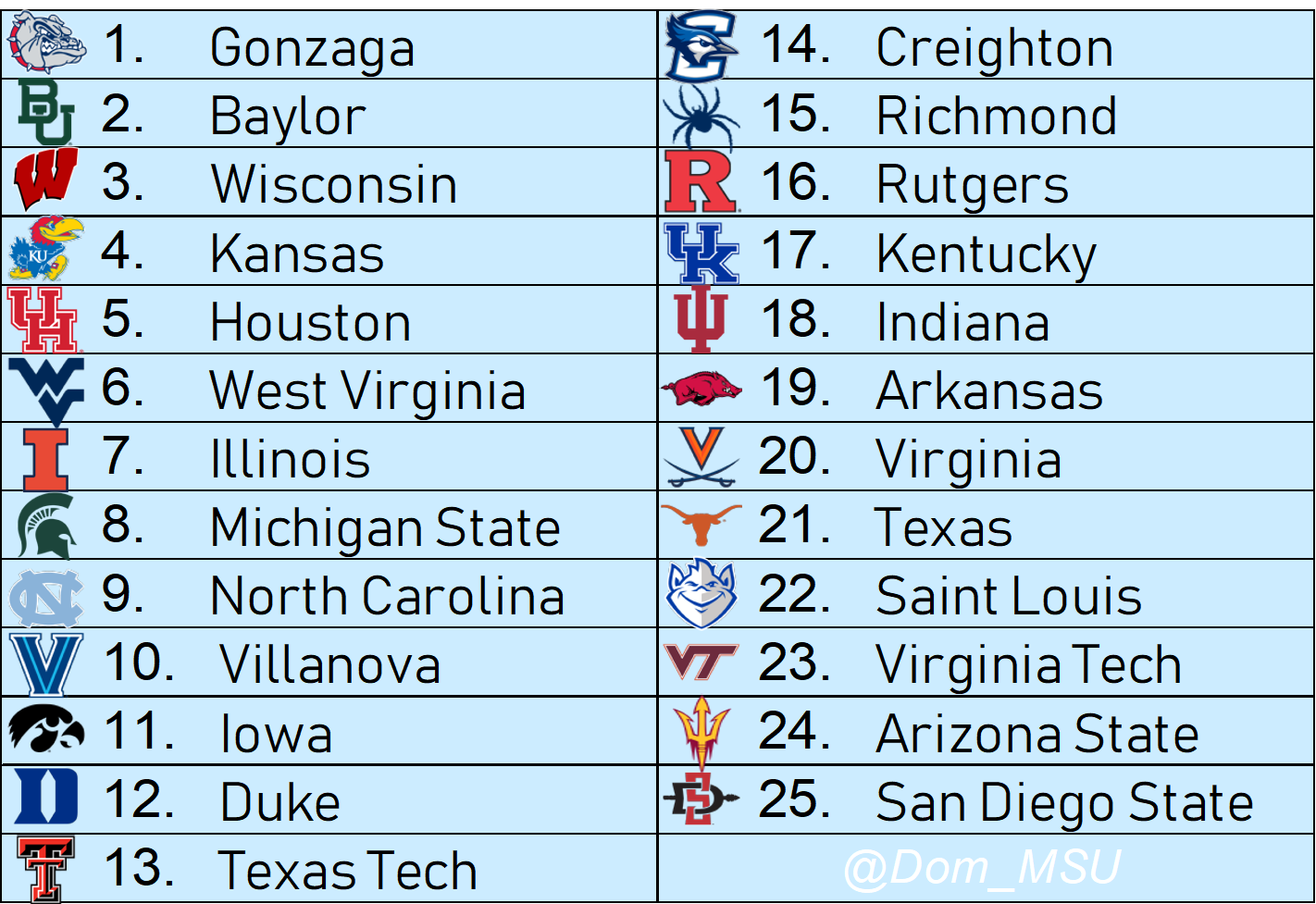 So far it looks like it's Gonzaga, then everybody else. They are going to be a covering machine this year, and we will be betting them often.  Florida transfer Andrew Nembhard becoming eligible right before the season added incredible depth to the guard rotation.  There are multiple NBA level players on this roster and their offensive flow is a thing of beauty.  There's a real chance Gonzaga goes undefeated this year, and I'd bet heavily that they lose two games or less before reaching the Final Four in the NCAA Tournament.

Villanova, Kentucky and Virginia all took losses opening week.  They fell eight, fourteen, and fourteen spots, respectively, from my pre-season rankings that I released on Twitter.  It's worth noting that Villanova & Kentucky's opponents (Virginia Tech & Richmond) are both now in my Top 25, but Virginia's opponent San Francisco is not.  I'm pretty confident that both Wildcats squads will get better with time, as they seem to do every season.  But Virginia's loss shocked me, and I need to see some offense out of them before they move up into the teens.

I am positive every fan base that reads this is upset about the ranking, except for Gonzaga fans.  People will without a doubt question why didn't (insert team) make the list?  My answers are:

• Tennessee, Florida  State, Oregon, Florida - Well, these teams didn't play, so I'm not ranking them yet.

• UConn, Alabama, Providence - These teams just haven't been challenged yet.

• Louisville, Ohio State, Michigan - These teams got the W, but struggled against inferior competition.

• Any team not listed - The team either isn't Top 25 good, or just hasn't showed it yet.

Check in next week for what will likely be a major shakeup in the rankings!  Join the discord for free & check back in here for college basketball betting articles and tips!