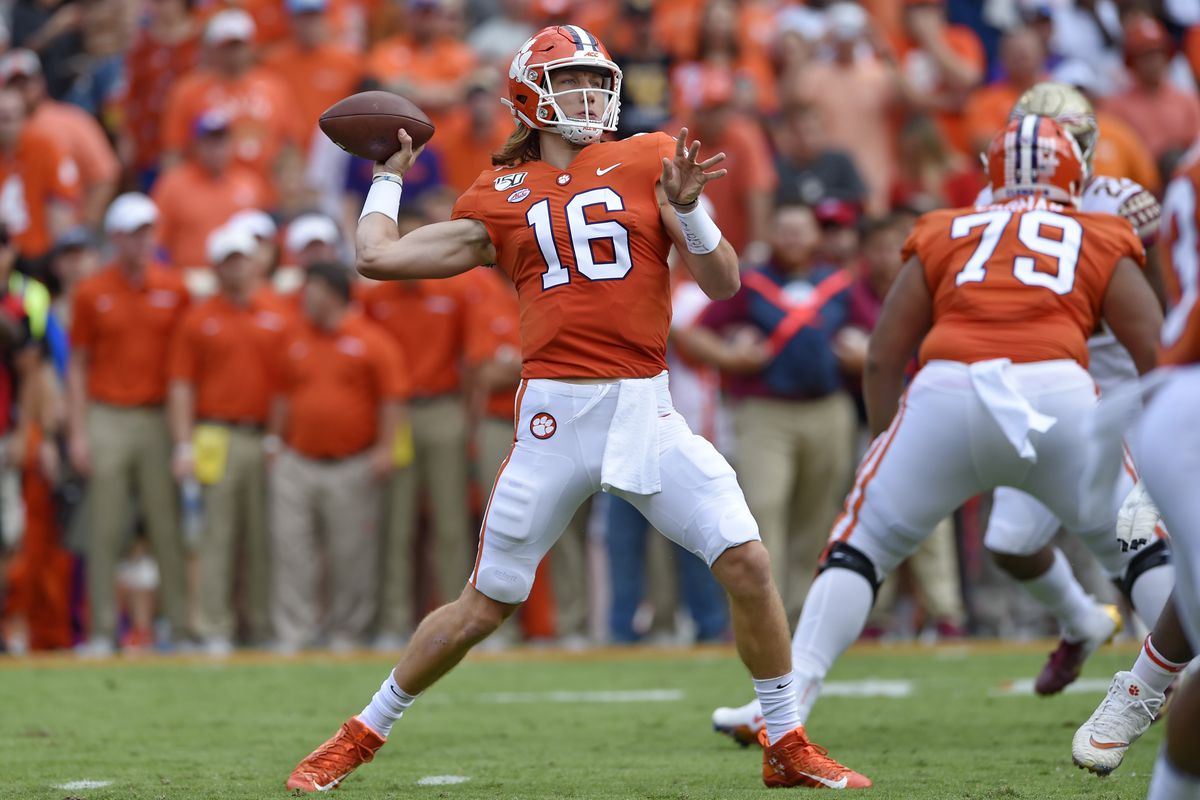 I’m 14-4 on my picks since I joined the Bet Karma team six weeks ago, and I can tell you, this is probably the best card I have had all season. Subscribe to premium to see all my picks, but below is my best bet of the week.

I can’t believe this line. What is Vegas doing here? Do we really think Clemson is not going to blow Virginia out?

Clemson has only had one game within 20 points when Trevor Lawrence plays. They have destroyed literally everyone when they have had their star QB.

The Tigers have the top scoring offense in the ACC, averaging 45.4 PPG. Virginia Tech ranks 12th in the conference giving up 32.6 PPG. The Tigers are going to score and do it quickly in this game.

Not to mention the fact that the Hokies are on a three game losing streak, and just got demolished by a bad Pittsburgh team, 47-14 last week. If Pitt can beat Virginia Tech by 33, I don’t see Clemson having a problem covering here.

Expect the Tigers to jump out to a big lead early and not look back.

The last game of “Hall Ball” in the Big Easy! Tulane OC Will Hall recently took the job to be Southern Miss’ head coach, but he’s sticking around for one more game, which isn’t good for Memphis.

The Green Wave come in averaging over 400 yards per game, and have won three of their last four games.

The offense has played well all year, but the reason the Green Wave went from 2-4 to 5-5 is their much improved defense. Tulane has just given up an average of 16.5 points in their last four games, making me confident they can slow down a Brady White led Memphis offense.

We faded Texas A&M last week and it worked out, so let’s do it again.

I still believe the Aggies are the most overrated team in college football. Kellen Mond played terrible against an abysmal LSU defense last week, just completing 11 of his 34 passes. Yes, I understand the conditions weren’t ideal, but there is no good excuse for a performance like that.

He will be facing a much better defense in Auburn on Saturday, and I fully expect the Tigers to cover here.

The Hogs are much better than their 3-5 record. And while the Tigers have played well down the stretch, I have a feeling the Hogs will be able to pull this off.

I would buy a half point if you have to to get the line up to 3.

I think people are looking at this line and thinking, “Oh, damn! The undefeated 9-0 home team is a 10 point dog!? I’m taking that!”

But little do they know just how good this BYU team is. The Cougars are averaging over 45 points per game, and have won all nine of their games by an average of 34 points.

Cougs by a million.