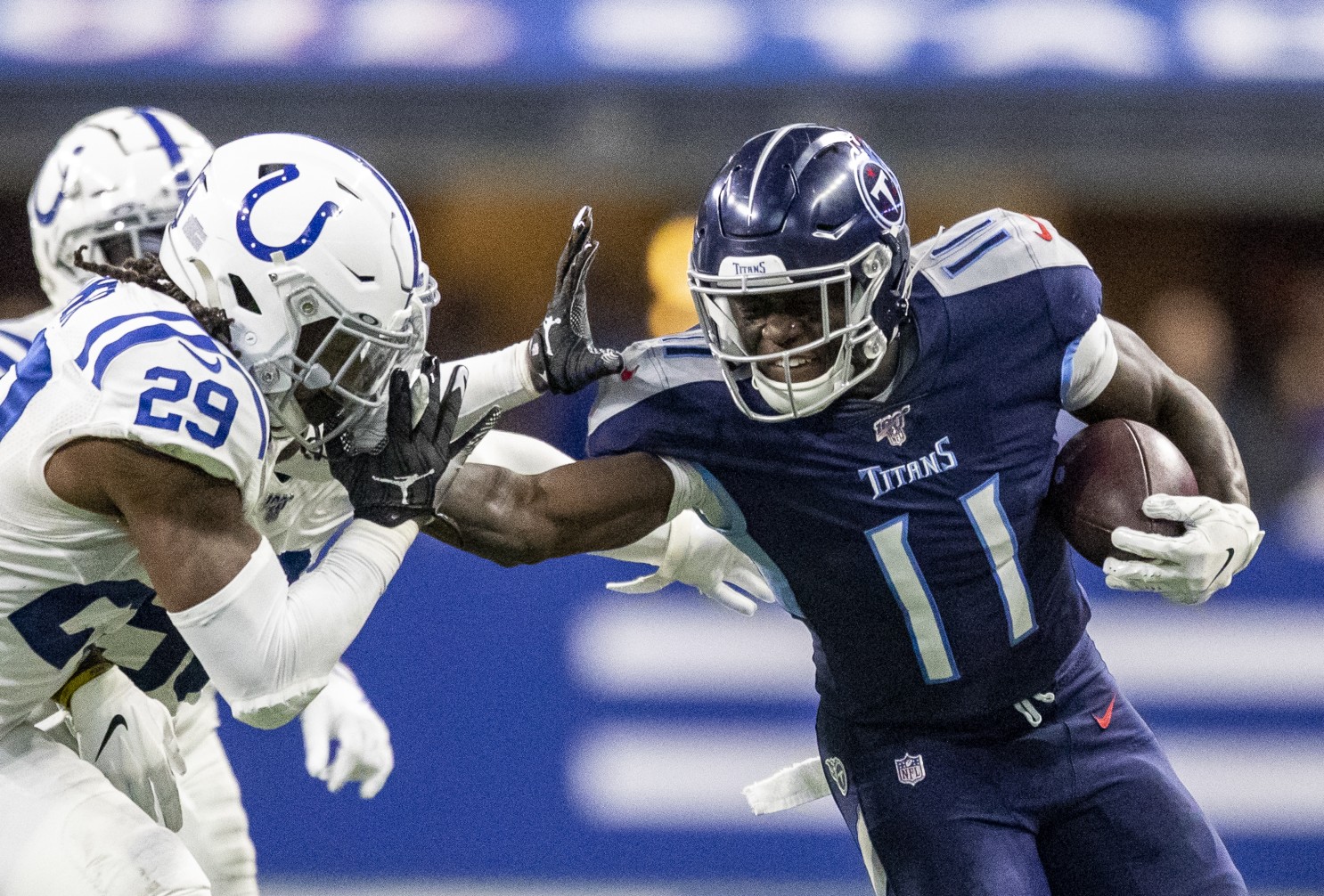 Get access to our proprietary NFL Prop Predictor by signing up for NFL Premium or MVP by going to BetKarma.com/Premium. Each week I will focus on one of the matchups featured in the Prop Predictor, and give my two cents on what the betting model is telling us. For Week 13, I will be focusing on the Browns/Titans game.

Henry is averaging 2.4 targets/game and 1.3 receptions/game. Henry also averages 8.5 receiving yards/game. The Browns defense is allowing opposing RB 37 receiving yards a game. Henry’s average depth of target (aDOT) is -0.61 which tells you the passes he is receiving are more than likely screens and dump offs. The good news is that last week Henry saw 4 targets, so it could be Vrabel wants to get him a few more targets each game.

Jonnu Smith has been ruled out with a knee injury this week. Smith has a 16.5% team marketshare which should allow Henry to see an extra target or two.

Karma projects 9.97 receiving yards and I completely agree. This game is also the highest game total on the slate. With Smith out and Henry’s workload increasing, I expect him to easily achieve this.

Hunt’s team marketshare is 11.2%. The Titans defense is allowing opposing RB 38.3 receiving yards/game. Hunt has surpassed this total in five games this year. The teams he did this against were Washington, Indianapolis, Pittsburgh, Cincinnati, and Houston. A common theme for these defenses is having a great cornerback to take away the number one receiver. With Beckham Jr injured, this leaves Jarvis Landry. Landry should have a difficult matchup this week against Desmond King. King is only allowing 0.53 yards/route and is only gets targeted 7% of the time.

Karma projects Hunt with 23.4 receiving yards. Vegas has Cleveland  as a 5.5 dogs,indicating a negative play script for the Browns. Chubb will still do fine, but I see the Browns having to rely on passing game to keep them in this game. Baker will have difficulty getting it to his key WR leaving check downs all day for Hunt.

Hooper has a team marketshare of 18.3%. Hooper averages 4.7 targets/game with 3.1 receptions per game. The Titans allow opposing TEs 5 receptions a game. Out of the nine games Hooper has played he has surpassed this total five times. Hooper does not have a good passer rating against man coverage, (61.1) however, it is different against zone coverage (91.7). Tennessee runs zone coverage 56% of the time. We addressed Jarvis Landry’s difficult matchup this week and this should allow Hooper to gain an extra target.

Karma projects 3.38 receptions and I honestly think that is his floor. With the negative game script, the Browns should be going against I anticipate Hooper to have plenty of opportunities to pass this total.

The Titan’s game plan is simple, run Derrick Henry a ton. If you can stop him, then the pass game will be their second option. It just so happens that even when opponents know they are going to run Henry, they still cannot stop him.

Karma projects 4.71 receptions. The Titans are 5.5-point favors which is a positive game script for them. With the recent trend of Tennessee increasing their running play percentage, I see Brown being limited on receptions.