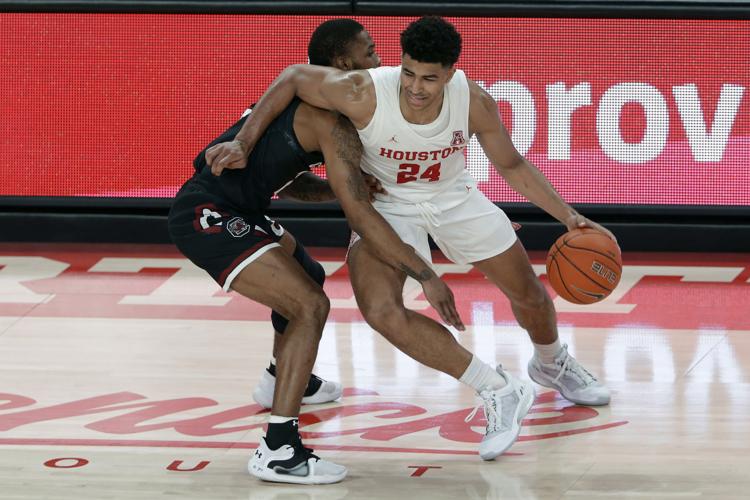 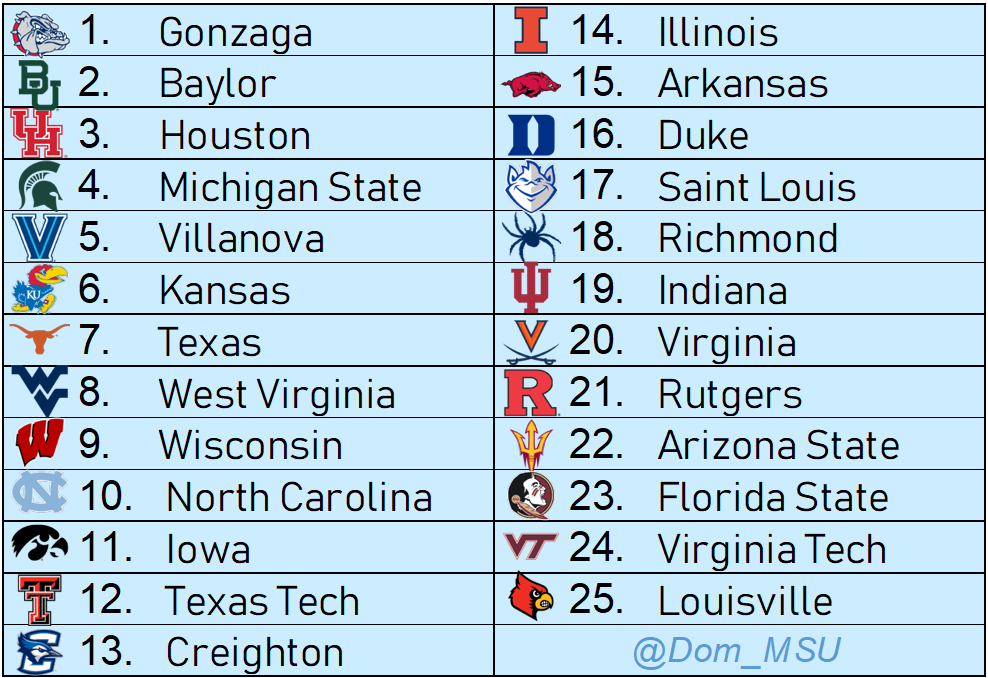 The Cream Of The Crop

There is clear separation at the top. Gonzaga is in an elite tier of their own. The Zags have so many scoring options they're nearly impossible to defend against. Baylor is in a secondary tier all by themselves. The way Baylor flipped a switch in the second half of the Illinois game solidified them at #2 for me. No other team has proven they are worthy of breaking up those top two yet. It would have been great to see these two face off on Saturday in Indianapolis but I guess we will have to wait a little longer. The game was called off due to COVID related issues, but both coaches have said they want to reschedule.

Since there's no team close to entering the top two, why not Houston at #3? They're probably not a household name in college basketball, but they probably should be. Coach Kelvin Sampson has led the Cougars to five straight 20-win seasons, highlighted by a 33-4 season in 2019 that resulted in a Sweet Sixteen appearance. Houston is sitting at 4-0 with double digit wins against a pair of respectable opponents in South Carolina and Boise State, and an absolute route of my #12 team Texas Tech. The win Saturday against South Carolina was especially impressive considering all the pieces Houston was missing: starting point guard and leading scorer Marcus Sasser, AAC preseason POY Caleb Mills, head coach Sampson and his son and associate coach Kellen Sampson.

My latest rankings tell the story about who the top conferences in college basketball are:

Big Ten
The deepest league in the sport has four teams in the top 15, six securely in the top 25 - and a case could be made to include Michigan and Ohio State as well.

ACC
With six teams in my 10-25 range, ACC is the third best conference in the NCAA. The ACC-Big Ten Challenge will be appointment television on Tuesday & Wednesday this week!