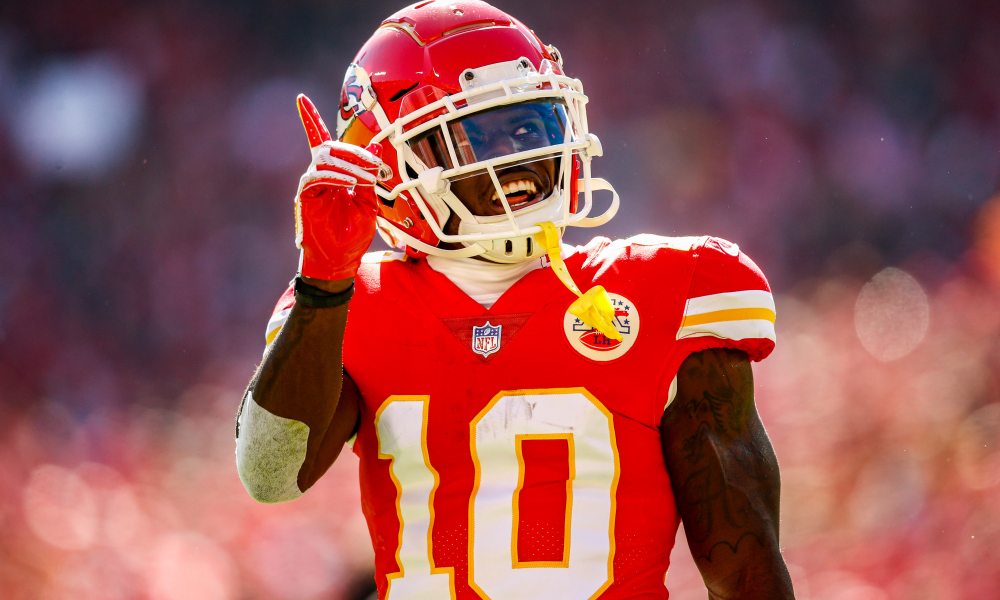 Welcome to my newest edition of Bales' Best NFL Bet. In this article, I will outline my favorite bet for Week 14 of the NFL season. You can also find all of Bet Karma's staff bets through our NFL Premium Package.

The Kansas City Chiefs and Miami Dolphins will face off in a matchup between two AFC playoff teams. The Chiefs are currently 7.5 point favorites in a game set at 50.5 points, and they boast an implied team total of 29 points.

Hill gets an intriguing matchup against the Miami Dolphins. Miami’s allowing 232.8 passing yards per game and 6.7 adjusted yards per attempt this season. They’ve only given up 14 passing touchdowns this season, though.

Most importantly, Hill will spend the majority of his snaps against Nik Needham. Needham’s been playing better in recent weeks, although he still grades out as roughly an average cornerback, according to Pro Football Focus (PFF). He’s been targeted on 16% of his routes covered, allowing a 67% catch rate. He’s also giving up 1.29 yards per route covered in 2020. The Chiefs will likely keep Hill away from Xavien Howard, as much as possible, giving Hill a massive edge in this matchup.

Kansas City has recently abandoned the run, forcing Patrick Mahomes to throw the ball 40+ times in each of his last 5 games. His top option is Hill, who has the potential to hit the over in this bet with one reception. He’ll likely see 10+ targets once again this week, making him an elite option for the over with his big-play ability.