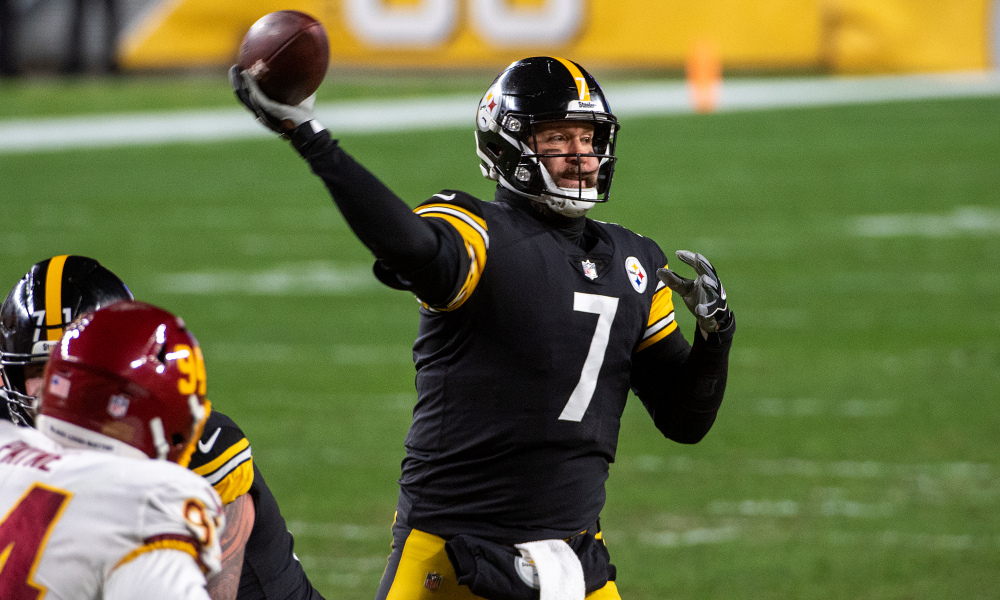 What’s up Karma Nation! Welcome to another edition of my Prop Bets article. In this article, I will be outlining one of my favorite Prop bets of the day. To find my other prop bets and all of the other staff’s favorite bets make sure to sign up for the Premium package.

All Prop lines are based on DraftKings Sportsbook. Lines may vary based on the time you are reading this or if you are using a different bookie.

Ben Roethlisberger OVER 26.5 completions -112 1.12 units to win 1 unit: After starting the season 11-0, Big Ben and the Steelers find themselves at 11-2 and in danger of falling to 12-4 at the end of the season. They saved their toughest games for the end of the season, which is awful for momentum.

The downgrade to the running game for the Steelers has forced Big Ben to throw at one of the highest rates of the season. Since week 9, Ben is leading the league with 46 pass attempts per game. You would normally think that I would never go over on completions for a two-touchdown favorite, but here we are in 2020 going against the grain. The Steelers pass at the second-highest rate in the league while winning in the second half. They throw at a 66% rate compared to the league average of 46% with the lead in the second half. They have thrown 89 times with the lead compared to running it 45 times. So even with the lead, I don't expect the Steelers to run a ton. This is why we don't blindly follow game scripts. We need to know tendencies.