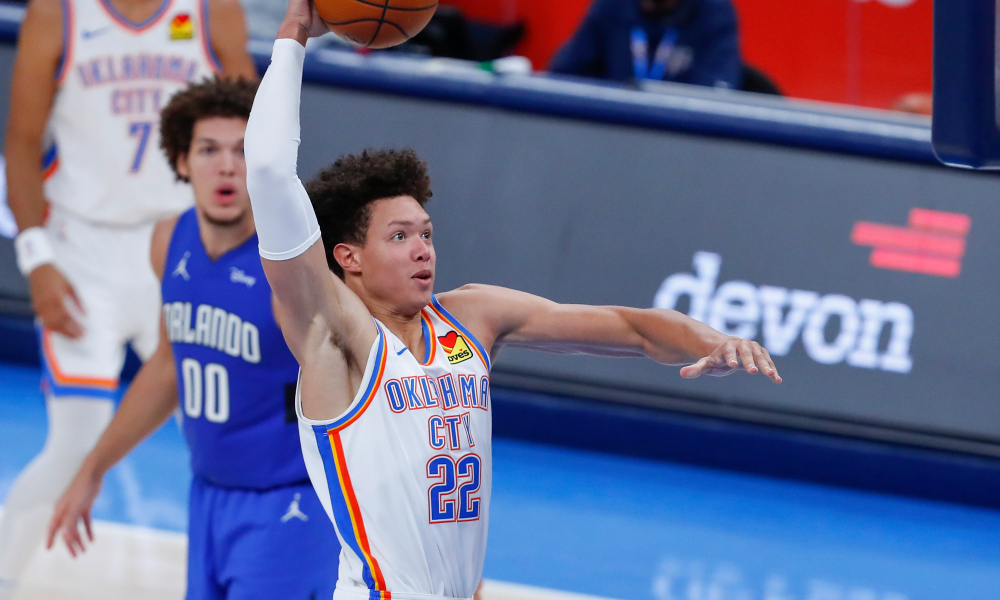 Welcome to my latest edition of Bales' Best NBA Bets. In this article, I will outline my favorite bet for January 25, 2021. You can also find all of Bet Karma's staff bets through our NBA Premium Package.

The Oklahoma City Thunder will travel to Portland to face off against the Trail Blazers tonight. The Thunder are currently 6 point underdogs in a game set at 223.5 points, and they boast an implied team total of 108.8 points.

Roby played limited minutes in three games last season. He saw a bigger role in the preseason, averaging 6.3 points, 6.0 rebounds, 2.0 assists, and 1.3 steals in only 19.4 minutes per game over 3 contests.

Roby’s continued his expanded role for a rebuilding Oklahoma City team this season. He’s averaging 9.0 points, 5.3 rebounds, and 1.5 assists in only 20.7 minutes per game. Overall, Roby’s averaging 9.3 rebounds on a per-36 minute basis. He’s played 25+ minutes in 5 of his 12 games this season, averaging 6.8 rebounds per game in those contests.

Surprisingly, Roby only owns a 13.3% total rebounding rate this season. He ranks second on the team, slightly behind Al Horford, who is unlikely to play tonight. Roby could split rebounds with others on the court, although he’ll be the top option for Oklahoma City tonight. With Horford unlikely to suit up, he’s expected to find minutes in the mid- to high-20s once again.

Roby gets a relatively tough matchup against the Portland Blazers tonight. They’ve been one of the best teams in the NBA at limiting opposing teams’ centers in terms of rebounding, and they’ve gotten slightly better since the injury to Jusuf Nurkic. With that being said, they’ll run plenty of small-ball lineups with Enes Kanter on the bench, adding to the value of Roby.

The matchup is less than ideal, although it should benefit Roby in terms of minutes. He’s an outstanding rebounding option that consistently finds success when given the minutes. Oklahoma City is already deep in a rebuild, suggesting Roby will continue to find minutes as they decide on his future role with the team.