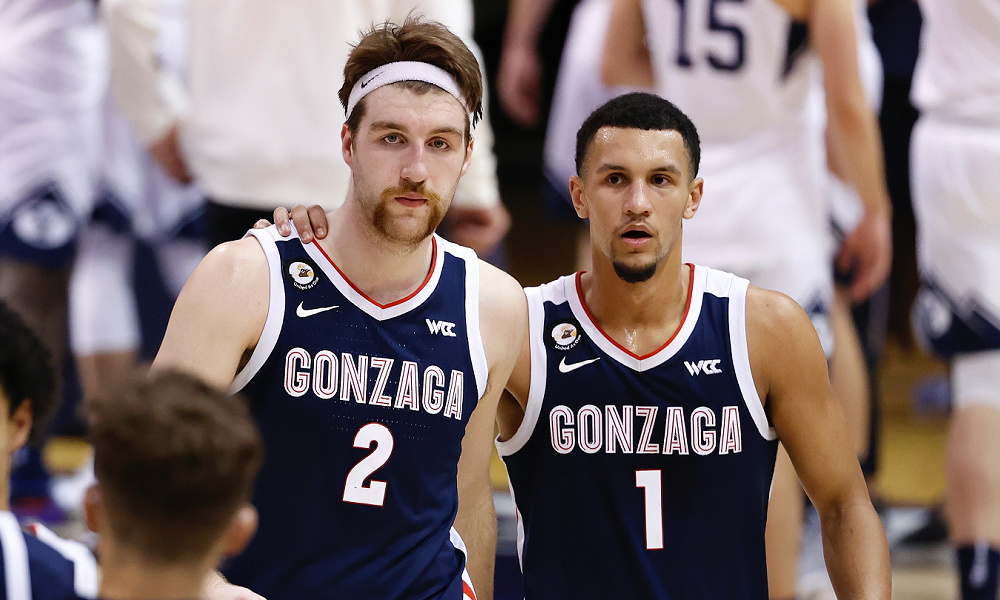 1. Gonzaga
The Zags handled BYU in Provo with relative ease. Then they went on to destroy San Francisco by nearly 40 in their fifth straight road game. This team has three guys that are in the top ten best players in America, and I continue to expect them to win the NCAA Championship this year.

2. Baylor
The pause continues, but Baylor was playing like the clear #2 team all season long. With their experience and balance, I expect them to maintain high level of play when they return to the court.

3. Ohio State
The Buckeyes have the most Quad 1 wins in the country and they picked up another one Saturday when they blew out Indiana. The Buckeyes are Final Four good, and a 1-seed will make it that much easier for them to get there.

4. Michigan
The Wolverines looked pretty weak at first coming out of their 3 week pause, down double digits to Wisconsin at halftime. But in the second half they flipped a switch and carried momentum to a victory. I still think Michigan's schedule has been weak - this was their best win of the season so far - but Michigan seems to have the balance to beat almost anyone. They are one of three teams with top 10 offensive & defensive efficiency rankings on KenPom. See #1 & #2 for the other two.

5. Alabama
The Tide took care of business against some weak SEC opponents, including scoring 115 against Georgia on Saturday. At their best, this team can beat anybody. At their worst, they're still a Sweet Sixteen team.

6. Illinois
I've talked about Ayo Dosunmu in previous articles and I have to mention about him again. There's nobody I'd rather have holding the ball with the game on the line than Ayo. He has a legitimate case for NPOY, and while he's still behind Iowa's Luka Garza, there's a potential for that to flip over the next couple weeks. Illinois is another team with a very high ceiling, but head-scratching performances like Friday's overtime win at Nebraska keep them out of the top tier.

7. Villanova
Nova took a tough loss at Big East rival Creighton this weekend. Jay Wright's Wildcats still have one of the prettiest offenses in the sport, and Collin Gillespie & Jeremiah Robinson-Earl make up one of the best inside-out combos anywhere.

8. Houston
Aside from that shocking loss at East Carolina earlier this month, Houston has been one of the most consistent teams in the country. They lost a key piece in Caleb Mills who decided to transfer out of the program, but they've looked just as good without him.

9. West Virginia
The Mountaineers got a great road win at Texas Tech but then dropped a game at home to Oklahoma in double overtime. This might be Bob Huggins' best offensive team at West Virginia.

10. USC
The Mobley brothers make up a scary front court that's hard to score on or rebound against. Some great three point shooting threats would really compliment them nicely.