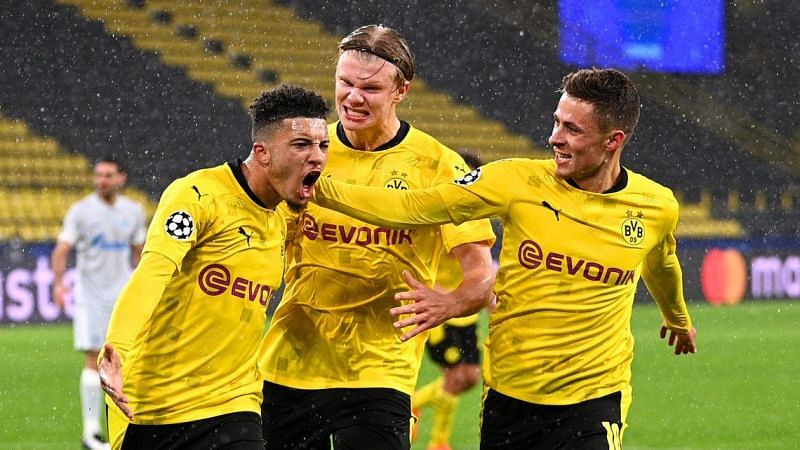 The DFB Pokal, (German Cup) is in its quarter final stages, and this is about the time teams see the trophy on the horizon and start playing their best lineups. Monchengladbach and Dortmund are two of the heavyweights left in the competition, and both have won it in the past-Gladbach back in 1995 and Dortmund as recent as 2017. There is also a massive story line hanging over this match. Monchengladbach boss Marco Rose is set to leave at the end of the season and take over Dortmund. The cup is, realistically, Rose’s last chance at any silverware this season and he will want to show Dortmund that they haven’t made a mistake in tapping him to be their next manager even though Gladbach’s form is fading into middle of the table obscurity, possibly even missing out on Europa qualification. On the other side, Edin Terzic is Dortmund’s interim manager for the rest of the season the cup represents a nice check mark to add to his resume.

Diving into some numbers for these two teams, I’m looking at a total. Gladbach have averaged 5 goals per game in this tourney, albeit coming against much more inferior competition. Since the first of the year, in all competitions, both teams to score is hitting at a 66% mark in their games with a goals against average of 1.41. However, their form in their last five games has been concerning and that goals against average jumps to 1.8. The defensive concerns for Gladbach lately are warranted. For Dortmund their attack has been humming as of late with the over three goals pushing or cashing in their last nine matches. Their defense has also not been spectacular with both teams to score hitting at a 77% rate over that same span. The cherry on top of this goals case is there have been three or more goals in the last four head-to-head meetings between these two teams.

Both teams will be on short rest having played on February 27. Gladbach seems to have had this game in their mind, however, with their player rotation and subs. Jonas Hofman and Marcus Thurman were subbed off at the hour mark and Alassane Plea was on the bench until the 80th minute. These are three important starters. Gladbach will be without one key asset as Lars Stindl is suspended. Dortmund had to play their starters a little longer than Terzic probably would have liked their last time out vs Arminia as the score was 0-0 at half time. Giovanni Reyna was subbed off at the 70th minute and I would expect to see him in this cup tie. Jadon Sancho and Erling Halaand both played a full 90 minutes, but even with the short rest I do not think there is any concern about them missing this game. Dortmund will also be bolstered by the return of Thorgan Hazard, who saw 20 minutes of action, after being out with an injury since December 22.

With the numbers and decent player rotation I am looking to take the over three goals (-134) for 1 unit. It’s a cup game after all. Best of luck!