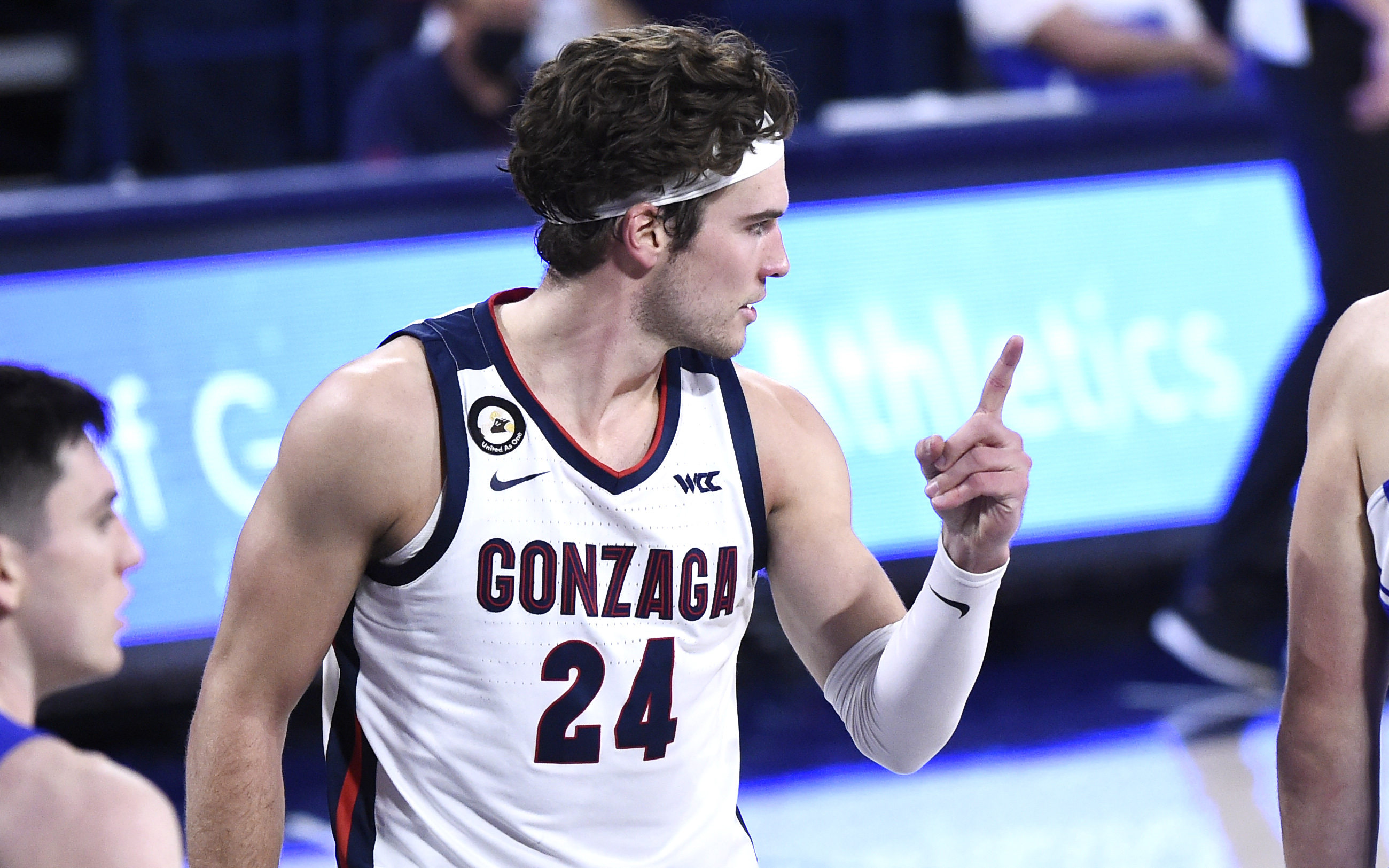 There are several misconceptions about March Madness. The biggest one is the idea any team that’s in has a shot to win the tournament or even make the Final Four for that matter. There really are only a handful of teams that can win the tournament each year.

I’ve been working on baseline perimeters of several stats that help weed out the potential winners from frauds. I’m expecting to publish these perimeters in a new book before next March Madness. If you want free updates on the book, you can access them by clicking here.

This article will outline the potential championship teams along with runner-ups and Final Four options. This solely outlines metrics. It doesn’t take scheduling, injuries, or other aspects into account.

According to the numbers, there are only seven teams that can win March Madness this season, and they may not be who you expect. Keep in mind, this doesn’t account for their road to the trophy, but rather that they hit all of the baseline metrics to have the potential to win. Some have a significantly better chance to win than others.

Let’s get the most obvious out of the way first. Gonzaga is the clear-cut favorite to cut down the nets this season. They boast a KenPom adjusted efficiency rating of nearly 6.0 points higher than the next closest team. They also rank first in adjusted offensive efficiency and 10th in adjusted defensive efficiency. Gonzaga has three of the best players in the country in Jalen Suggs, Corey Kispert, and Drew Timme to go along with above-average role players. The only real question mark surrounding them is their strength of schedule, although I don’t expect that to be an issue with wins over Kansas, West Virginia, Iowa, and Virginia.

Illinois is another elite-level team that fits the mold of a champion. They rank third, seventh, and fifth on KenPom in adjusted, adjusted offensive, and adjusted defensive efficiency. They also played a trio of games without their star guard in Ayo Dosunmu. Alongside Donsunmu is Kofi Cockburn, one of the best bigs in the country. They have multiple ways to score with Cockburn shooting 65.5% from the two-point range and Dosunmu, Trent Frazier, and Da’Monte Williams shooting 38.8%, 37.2%, and 56.5% from beyond the arc. The questions are a lack of defensive steals and free throw struggles, but with multiple veteran guards and two elite players, Illinois can put those questions to rest.

Iowa got a terrible draw in Gonzaga’s quadrant, but the eventual winner is likely to have to go through Gonzaga at some point anyway. Iowa does two things well - limit turnovers and shoot the three. Iowa leads the NCAA in turnover percentage and ranks 13th in three-point percentage. They have four players that shoot 38.9% from deep or better, including Luka Garza, who happens to be the best player in the nation. Iowa allows far too many offensive rebounds and transition baskets. They also struggle to defend the three-point line. Ultimately, there are a lot of question marks, but if this team gets hot from beyond the arc, they can beat anyone and make a run.

West Virginia is an interesting team that I wasn’t expecting to make this list. They generally run a four-guard lineup with Derek Culver or Gabe Osabuohien in the paint. They’re similar to Iowa in that they can shoot the three-ball well and they don’t generally turn it over, although they aren’t as elite as Iowa at either. With that being said, they get to the free-throw line often and can put their opponents in foul trouble. The lack of size on the defensive end hurts them, though, as they struggle to defend in the paint and allow far too many offensive rebounds. The interesting thing about West Virginia is outside of a 14-point road loss to Kansas, they didn’t lose any other game by more than 5 points.

At this point, it’s important to note that only one team - 2014 UConn - below a 3-seed has won the tournament since 2001. Purdue’s played one of the toughest schedules in the NCAA, and they rank 13th in KenPom’s adjusted efficiency rating. Purdue’s best attribute is their rebounding behind Trevion Williams and Zach Edey. They’re an outstanding offensive rebounding team while limiting their opponents in that category. They also slow the game down, allowing them to limit possessions, take advantage of extra opportunities, and find success inside the arc. This team has too many unforced errors, though. If they can clean up their game a bit, they could make a run deep into March.

Colorado’s an interesting team. They do the key things well, including limiting turnovers and rebounding. This team also ranks 48th in the NCAA in three-point percentage (36.7%) and second in free throw percentage (82.2%). So what’s the issue? They don’t play to their strengths. Colorado struggles to get to the line and ranks outside of the top 200 in 3PA/FGA. Even with an outstanding offense, this team plays to its weakest aspect. With that being said, their top-six options in terms of minutes on the court, are juniors and seniors. They’re led by an outstanding senior in McKinley Wright, who can turn himself into a star during the tournament. Can you trust a team with losses to  Washington and Colorado, though?

I have a Texas Tech national championship ticket from the pre-season, so it was a pleasant surprise to see them on this list. Their offense thrives on second-chance opportunities and free throws. The issue is that they also give up far too many second-chance opportunities and free throws. Texas Tech also struggles to defend the three. They create a lot of turnovers, though, and extra possessions are a key to success given how slow Texas Tech likes to play. Although they have double-digit losses, their worst was an 11 point home loss to West Virginia. It seemed as though Texas Tech couldn’t break through against the best of the best this season, though. It’s also important to note that the lower seeds are going to have more difficult paths to the championship than the higher seeds.

Now that I’ve outlined all of the potential championship teams,  we need to expand our pool to find teams that they could potentially play in the championship game. Once again, there will be some surprises, and it’s important to note that this doesn’t take schedule into account. Some teams will have more difficult schedules making the championship than others. These teams include all of the ones outlined above, along with the list below.

When we expand to find Final Four teams, our list grows to 32 options. It’s important to note that this isn’t necessarily designed to help you find your perfect Final Four team, but rather to help you avoid traps. As you look through the options, you’ll likely notice some teams absent that you believed had a shot to make it this far. The Final Four options include everyone listed above and the teams listed below.