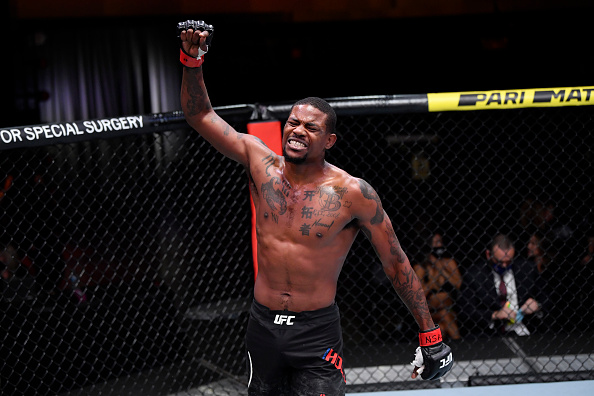 Griffin should have a clear path to victory in this fight. If he implements a wrestling heavy gameplan, he should be able to find success against Song’s 45% takedown defense. If he struggles to get the takedown this fight is pretty close on the feet. I plan on hedging a little on the fight going to decision at -170 because both fighter’s path to victory is grinding out rounds.

Yanez looked impressive in his debut, landing over seven strikes per minute. He now gets to face a fighter in Lopez that is very hittable. This has the makings for a one-sided beat down.

I expected this line to be a little wider. Riddell is a kickboxer who has shaky takedown defense and is facing the best wrestler that he has faced in his career. Gillespie will get this fight down at will and grind a decision win. Gillespie by decision is +230 and that line is very playable also.

In a fight that should play out on the feet, I think Holland has the advantage. Holland is the more active fighter and should be able to put Brunson on his back foot and use pace to outpoint Brunson. If Brunson chooses to wrestle in this fight we might be in trouble, even though his wrestling isn’t the best.

Slight leans and Underdogs that are live-