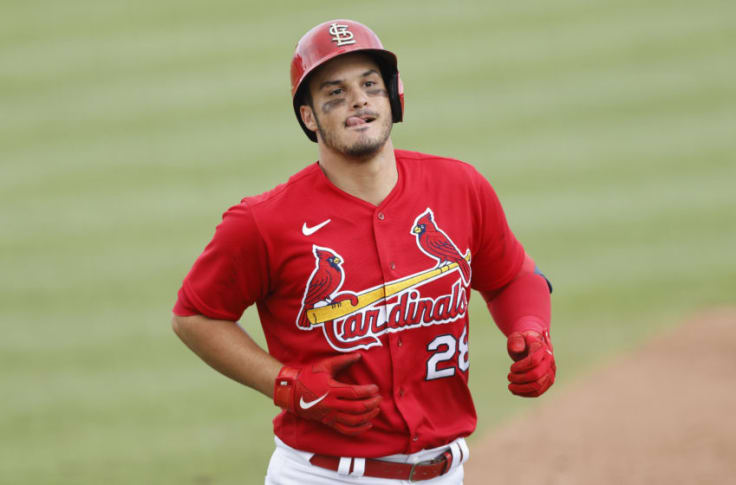 The St. Louis Cardinals opened as -112 road favorites against the Philadelphia Phillies. The lines shifted toward Philadelphia throughout the day, as they are now -120 favorites. The game total opened at 8.5 runs and hasn’t moved thus far. The Cardinals implied team total decreased from 4.5 to 4.2, while the Phillies increased from 4.3 to 4.6.

Philadelphia’s found quite a bit of success this season, covering the run line in 61.5% of their games. St. Louis hasn’t been as successful, as they’ve covered in only 46.2% of their contests thus far. The Phillies are elite at home, as well, where they own a 5-2 run line record. The Cardinals have quietly performed well on the road, posting a  4-3 run line record in those contests.

Both teams lean toward the over in their games. Philadelphia’s hit it in 61.5% of their contests, while St. Louis has found it in 58.3% of theirs. Surprisingly, the Phillies only own a 4-3 over/under record at home this season. With that being said, the Cardinals boast a 4-2-1 over/under record on the road.

There aren’t any elite bets in this game, although there are a few solid ones. As is the case with most players, Nolan Arenado’s hit total is set at 0.5 with plenty of juice on the over. He boasts a 1.11 Karma Projection, giving the over a B Karma Grade.

Arenado’s hitting for a  .294 average through 13 games. He’s recorded a hit in 11 of his 13 games this season. Furthermore, this is a matchup Arenado can take advantage of.

He’ll face off against a weak left-handed pitcher in Matt Moore. Throughout his career, Arenado is hitting for a .320 average with a .600 slugging percentage and a .994 OPS. He also boasts a .280 ISO and a .411 wOBA against lefties, although his numbers may be a bit skewed from playing the majority of his career in Colorado.