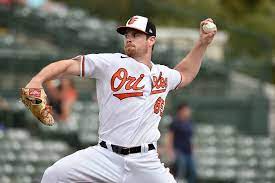 The New York Yankees opened as -195 road favorites against the Baltimore Orioles. The lines shifted toward Baltimore, as New York is currently a -177 favorite. The game total opened at 9.5, increasing to 10 throughout the day. The Yankees team total moved from 6.3 to 6.4, while the Orioles jumped from 3.6 to 4.

Both of these teams struggle in terms of the run line. Baltimore’s covered in 40.9% of their games, while New York’s covered in only 36.4% of theirs. The Orioles have struggled at home, as well, where they own a 2-9 run line record. The Yankees have found slightly more success on the road, possessing a 4-7 road run line record this season.

These teams have found the under more often than not this season. Baltimore’s hit it in 57.1% of their contests, while New York’s found it in 63.6% of theirs. The Orioles lean toward the over at home, where they’ve recorded a 6-4-1 over/under record. The Yankees own a 5-6 over/under record on the road, though.

This game features one of our Prop Predictors favorite bets on the slate. Bruce Zimmermann’s strikeout total is set at 4.5 tonight. He owns a Karma Projection of 3.82, though, giving the under a B+ Karma Grade.

Zimmermann’s struggled a bit early in the 2021 season. He owns 16.7% strikeout and 11.7% swinging-strike rates this season. Through 4 games, Zimmermann’s posted 15 strikeouts over 21.2 innings. He’s recorded fewer than 5 strikeouts in 3 of his 4 games.

Zimmermann gets a matchup against New York, who boasts several right-handed batters. Throughout his career, the southpaw pitcher owns a 13.6% strikeout rate against righties. He’s expected to struggle in this matchup and isn’t likely to find strikeout success tonight.