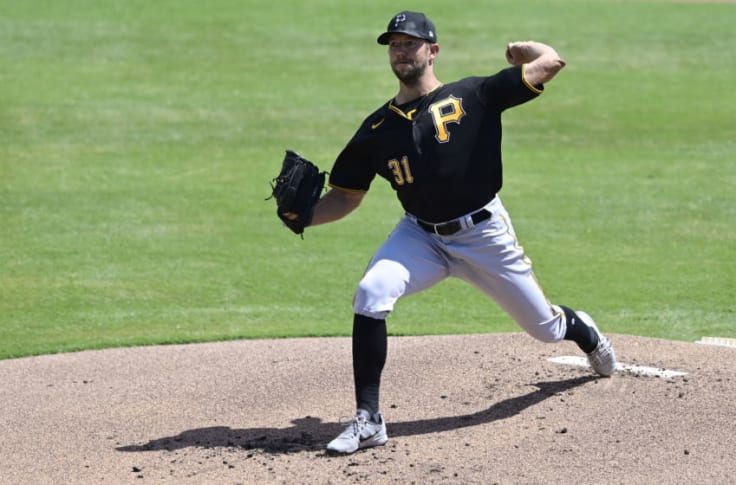 The San Diego Padres opened as -175 home favorites against the Pittsburgh Pirates. The lines shifted slightly toward San Diego, as they are now -186 favorites. The game total opened at 9 runs, dropping a full run to 8 throughout the day. The Pirates team total decreased from 3.7 to 3.1, while the Padres team total moved from 5.7 to 5.2.

San Diego’s found some run line success this season, covering in 51.7% of their games thus far. Pittsburgh hasn’t found as much success, covering in only 44.4% of their contests. The Padres have quietly been one of the worst teams in the MLB at home in terms of the run line, posting a 5-11 home run line record. The Pirates have been significantly better on the road, where they own an 8-7 run line record.

Pittsburgh’s found the over more often than not, hitting it in 52% of their games this season. San Diego’s found the under in 58.6% of their contests thus far. The Padres have one of the highest under rates in the MLB at home this season, posting a 4-12 over/under record. The Pirates have also found the under more often than not on the road, recording a 6-8-1 over/under record in those contests.

Our Prop Predictor likes a few bets in this game. Tyler Anderson’s strikeout rate is set at 5.5 tonight. He owns a Karma Projection of 4.68, though, giving the under an A- Karma Grade tonight.

Anderson gets a tough matchup against the San Diego Padres, who strike out at one of the lowest rates on the slate against left-handed pitching. They boast elite upside against lefties, making it easy to see why our Prop Predictor loves the under.