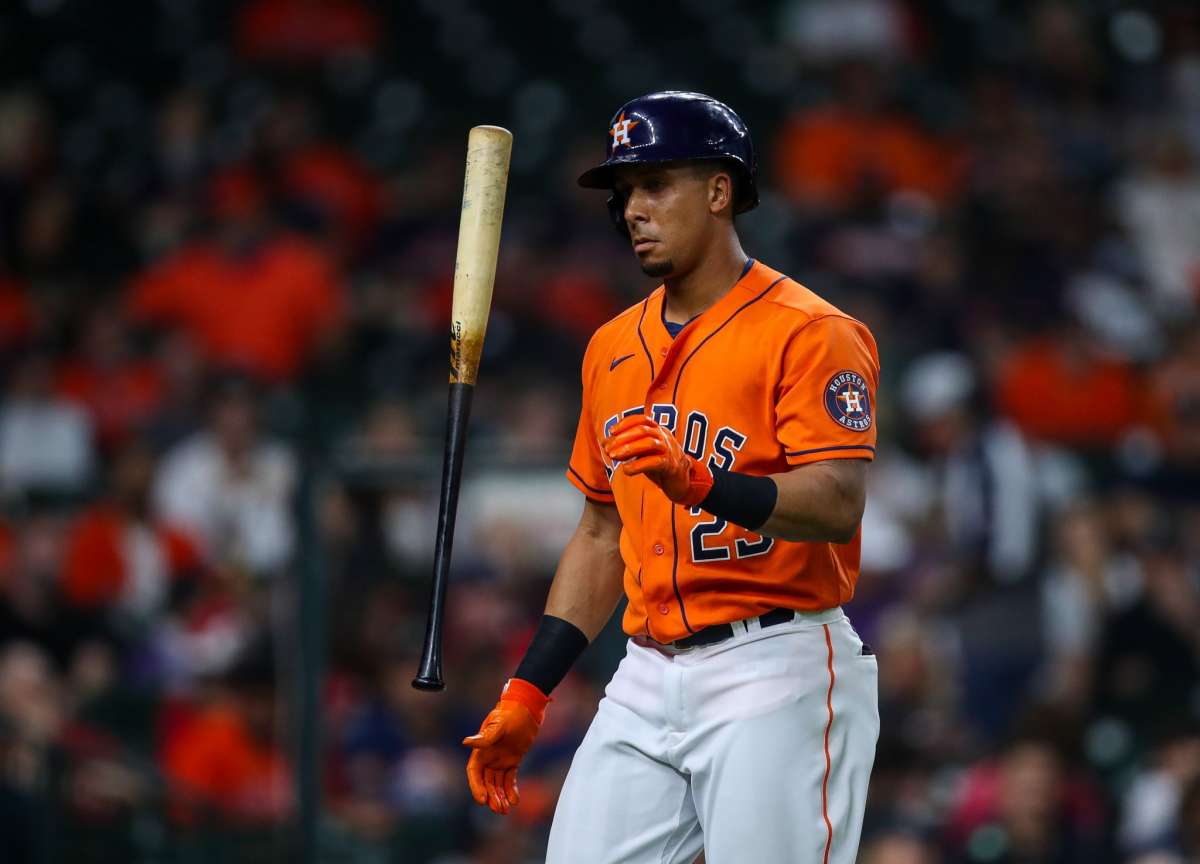 The Houston Astros opened as -114 home favorites against the New York Yankees. The line’s flipped throughout the day, as New York is now a -112 favorite. The game total opened at 8.5 runs, decreasing to 8 since this morning. The Yankees team total dipped from 4.3 to 4.2, while the Astros team total dropped from 4.5 to 4.1.

These teams have been opposites in terms of the game total in 2021. Houston’s hit the over in 58.6% of their games, while New York’s found the under in 54.1% of their contests. The Astros have recorded a 27-19 home over/under record this season. The Yankees enter this game with a 19-23 road over/under record.

There are several bets that our Prop Predictor grades out well in this game. Michael Brantley’s hit total is set at 0.5 with significant juice on the over. He boats a 1.28 Karma Projection tonight, giving the over an A- Karma Grade.

Brantley’s looked outstanding this season, recording a .327 average through 67 games. He boasts 90 hits in those contests, as well. Brantley’s been struggling in recent games, posting a .186 average with 8 hits over his last 10 games. He’s posted at least 1 hit in 6 of those 10 contests.

Brantley gets a tough matchup against Gerrit Cole tonight. He’s allowed left-handed batters to hit for a .229 average this season. Still, Brantley’s hitting second in the Houston lineup, giving him ample opportunities to find a hit in this game.