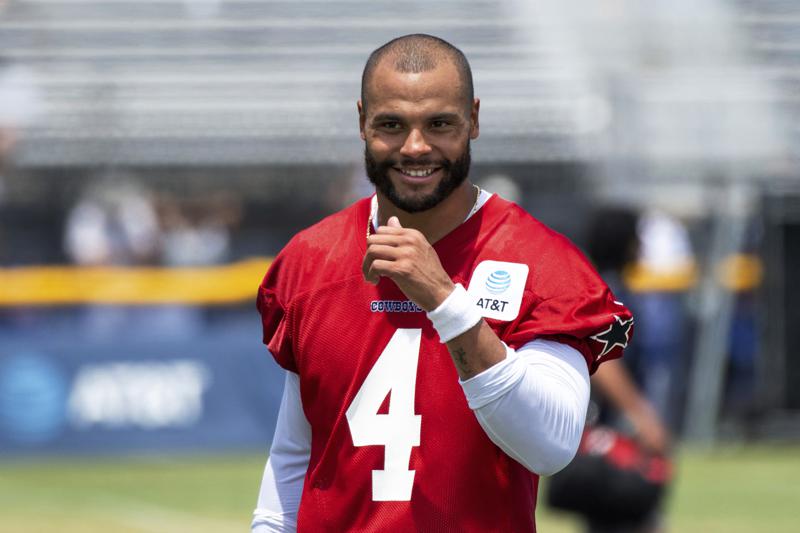 All prop lines are based on DraftKings Sportsbook. Join today and get a bonus deposit match of up to $1,000! Lines may vary based on the time you are reading this or if you are using a different sportsbook. Check out where to bet to find other sportsbooks in your state. Let's dive in.

The Tampa Bay Buccaneers are going to have one of the best offenses in the NFL this season, which means there will be scoring opportunities for any skill position player tied to the offensive unit. The hardest thing to project about the Buccaneers is who the lead running back will be. With early reports out of training camp indicating Jones will be the lead back, I'm smashing the over on 7.0 rushing TDs this season. In just 13 games as the starter last year, Jones had 7 touchdowns (0.54 TDs per game). If we project that pace out to 17 games, Jones projects to finish with just over 9 rushing TDs. If Jones is the lead back this season, he should easily reach this mark.

This offseason, the Ravens have made a concerted effort in improving the passing game. With the additions of Sammy Watkins via Free Agency, Rashod Bateman and Tylan Wallace via the draft, it's obvious the Ravens know they need to be more effective in the passing game. In what figure to be a more pass-heavy Ravens team than years past, I'm fading Edwards and hitting the under on this line. In the past three seasons, Edwards has had 137, 133 and 144 rushing attempts--which equated to 2, 2 and 6 rushing TDs in a season. If the Ravens plan on being less run-heavy than year's past, then that hurts Edwards' scoring opportunities. Coupling this with the emergence of could-be workhorse running back J.K. Dobbins and I think the odds for Edwards to finish under 4.5 rushing TDs on the season are better than the books indicate.

Over the past five seasons, Dak Prescott has run for 6, 6, 6, 3 and 3 rushing TDs. Last year, Prescott ran for 3 TDs in only five games. The Cowboys' offense projects to be one of the best in football for the 2021 season, which means there will be plenty of opportunities for Prescott and rushing TDs. Prescott reportedly feels back to 100% after his ankle surgery and looks the same as he did in practice before his injury. Throughout his career, Prescott has averaged 0.35 rushing TDs per game. If we take his per-game career average and apply it to the new 17-game season, Prescott projects to have 5.9 rushing TDs this year, beating his current O/U line by a fair amount.

I hope you enjoyed these props! Check back here throughout the season for more of my picks and find the other Karma Nation staff's picks by signing up for our Premium package. If you need education on sports betting, check out our how-to bet articles!