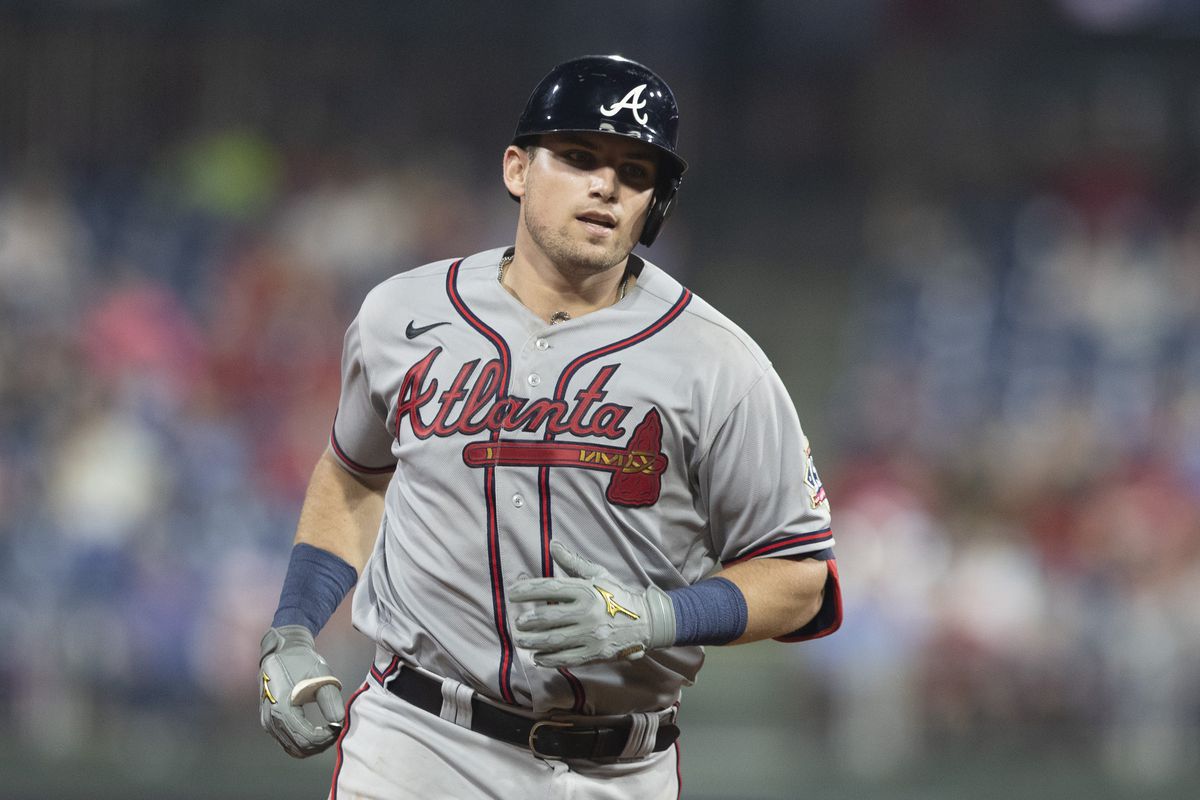 The Atlanta Braves will travel to St. Louis to face off against the Cardinals in an NL matchup tonight. Former top-10 pick Max Fried matches up against newly acquired veteran, Jon Lester. Although Lester was a surprise acquisition at the trade deadline, both of these teams are making their own playoff pushes. Will this matchup prove to be a changing of the guard?

In this article, I’ll be outlining the pitching matchups, recent offensive success, and bullpens. We’ll utilize this information to determine what the best bet for this particular game is for the available odds. Let’s get to it.

Max Fried and the Braves opened as small favorites against Jon Lester and the Cardinals. The line’s widened slightly throughout the day, as Atlanta ranges from a -125 to a -140 favorite depending on the sportsbook. Utilizing our MLB Trends Page, you can see the line movement in favor of Atlanta.

Fried’s struggled a bit through 17 starts, posting a 4.32 ERA thus far. With that being said, he’s due for positive regression, as he owns a 3.87 xFIP this season. Fried’s pitch mix hasn’t changed from the 2020 season, yet his groundball rate dipped from 53% to 46.9% in 2021. Although his hard contact is up slightly, Fried’s groundball rate could increase as in the second half of the season.

The 2012 first-rounder has struggled on the road this season. Through 40 road innings, he’s recorded a 5.85 ERA. With that being said, he’s due for plenty of regression, as he boasts a 3.86 road xFIP this season. The biggest concern for Fried is his 3.98 xFIP against right-handed batters, as St. Louis is expected to solely utilize right-handed batters in their lineup tonight.

Lester’s on his 16th season in the MLB, and his workload is catching up to him at this point. He’s struggled with a 5.02 ERA through 16 starts this season. Lester’s struggles are backed by a 5.17 xFIP, which ranks fourth-last in the MLB of starters with 70+ innings. His velocity is down from the peak of his career, as this is the second season in a row his fastball’s velocity is below 90 mph.

Lester has been one of the worst pitchers in the MLB over his last few starts. He threw a gem against the Miami Marlins, holding them scoreless over 7 innings with his success being backed by a 2.18 xFIP. Excluding that, Lester’s given up 28 runs (20 earned runs) over 18.1 innings in his last 5 starts. In those 5 games, his lowest xFIP was 5.81 with 3 games north of 8.00 and his worst topping out at 9.21.

Lester’s home and road splits aren’t overly useful at this point because he’ll be making his first start for his new team tonight. With that being said, he’s struggled mightily against right-handed batters, posting a 5.43 xFIP against them this season. He’s also struggled with a 4.42 xFIP against lefties, allowing either side of the plate to get to him. Ultimately, Atlanta’s expected to send out six right-handed batters tonight.

Overall, the Braves have a clear edge in the starting pitching. Fried’s struggled at times, but his advanced metrics suggest he’ll have a better second half of the season. Lester, on the other hand, has been arguably the worst starting pitcher in the MLB over his last few starts.

The Braves are averaging 4.5 runs per game over the last 14 days. They’ve struggled at times, recording a .319 team wOBA and a .169 team ISO over that span. Those metrics rank 18th and 14th in the MLB, respectively. The Braves have been heating up recently, though, scoring 14 runs in their last 3 game series against the Milwaukee Brewers.

The major concern with Atlanta is their struggles on the road this season. They’re only hitting for a .231 average with a .400 slugging percentage and a .712 OPS outside of Atlanta. They’re averaging 4.2 runs per game in those contests.

The Cardinals have been performing well recently, averaging 4.5 runs per game over the last 14 days, as well. More importantly, they rank fifth in the MLB in team wOBA (.339) and 12th in team ISO (.190) over that span.

Similar to many teams in the MLB, St. Louis owns better metrics at home this season. They’ve struggled with power, though, owning a .247 average with a .386 slugging percentage and a .699 OPS through 51 home games. With that being said, the Cardinals are averaging only 3.9 runs per game at home.

St. Louis has been better against left-handed pitching this season, although once again, their numbers are far from impressive. They’re hitting for only a .237 average with a .402 slugging percentage and a .715 OPS. Fried will need to work around Paul Goldschmidt and Nolan Arenado, as the rest of the Cardinals offense is far from impressive.

Overall, St. Louis features the hotter offense at the moment. With that being said, neither offense is trustworthy at this point in the season, although it’s important to note Atlanta’s new additions that should help add some upside against left-handed pitching.

The bullpens in this game are easy to outline because of their drastic difference. The Braves rank fifth in the MLB in bullpen ERA (3.33) over the last 30 days. This success is backed by a 4.05 xFIP, which ranks 10th in the league over that span.

The Cardinals bullpen has struggled over the last 30 days, ranking 18th in the MLB in ERA (4.68). With that being said, they’re due for more regression, as they rank last in bullpen xFIP (5.19) over that span.

Essentially, you have an above-average bullpen against arguably the worst bullpen in the MLB.

The odds are starting to widen toward Atlanta, and now is the time to get them. They feature a drastically better starting pitcher with a massive edge in their bullpen. St. Louis has the hotter offense, although I’m not entirely sure I’d consider it better in the game tonight. The key that is keeping the odds close tonight is that the game is in St. Louis, although I don’t believe that will ultimately matter.