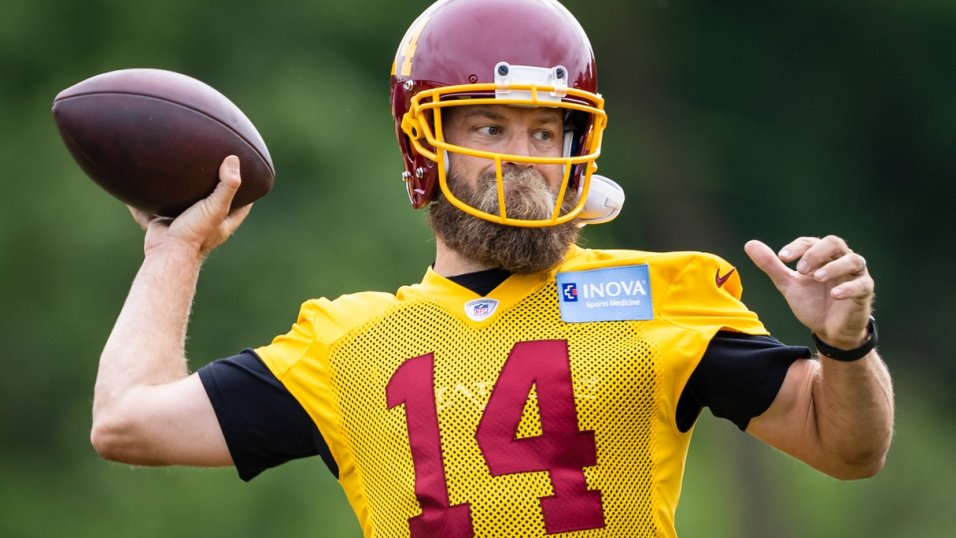 Will the Washington Football Team win the NFC East?

It feels like Football season officially kicks off tonight as we have a preseason slate full of games. Let’s celebrate this with another season-long bet to win a division! We travel to the East coast as we dive into the NFC East, the team I am looking at is a team that removed their name and seemed to just use a placeholder instead of a real name; the Football Team. Well, this football team went on to defeat the odds and win the NFC East last season with a slew of QBs, including starting a playoff game with a no-name QB who was just trying to finish up classes when he got the call an NFL team needed him to make a playoff push. Heinicke then went on to almost defeat the now 6-time NFL champ, Tom Brady. Who knows, if he didn’t get hurt in the fourth quarter, would the Football Team go on to pull off one of the biggest wildcard upsets on a home field in a long time? Well, they are out for blood this season as they look to defend that NFC Beast title with a new face at QB and a still amazing defense.

Known as the worst division last year and years previous, we have another season of a wide-open NFC East. This is one of three divisions without a clear favorite, these are the divisions that are the most fun to bet on because you can get some good odds on the team you think should be the favorite. This is one of the few divisions over the last five years that you wouldn’t be surprised if any of these teams won. Although, it is our job to pick the winner and keep you informed to make the best decision possible.

There are only two teams I can say for certain that have a better defense than the Football Team; Tampa Bay and Pittsburgh. You can also make a case for the Rams but outside of that, Washington is up there with the best. Now they add William Jackson and draft Jamin Davis without losing anyone that important to their defensive starting lineup. Plus, their young front 7 gets another year better with defensively-minded head coach Ron Rivera at the helm they should take another step in the right direction. Washington allowed the 6th least points per game, 4th least yards per play, 2nd best redzone defense, and second-best defensive efficiency. They are great at stopping scoring in the redzone while limiting teams before they even make it there.

The offense was the main issue for the Football Team last season. Removing Haskins from under center was extremely vital to the run for Washington. He was 1-5 as a starter last season, while Washington was 6-4 without Haskins. Washington has not found their long-term replacement for Haskins but is showing they are in a win-now situation adding 38-year-old journeyman Ryan Fitzpatrick. While also adding Curtis Samuel to fill a much-needed WR 2 position for Washington. They never really had anyone else outside of Terry McLaurin, which will help make him not the only receiving threat on this offense. Leading to far fewer double teams and leaving safeties over the top.

Surprisingly, the Football team is only favored in four games this season. These four games are all within the division as well. All three home division games as well as an away game against Philly. This may be due to the fact they have the 5th toughest schedule in the league based on win totals, but that is what you will get when you win a division. The next season gets tougher facing divisional winners like the Bills, Chiefs, Bucs, Packers, and Seahawks. One edge they do have is that three of those five games will be at home. They add two tough divisions, which all NFC East teams have, the AFC West and NFC South. Even though they have three top-heavy games against the Chiefs, Chargers, and Bucs, they are all at home. Giving them the edge over the Cowboys who play those teams on the road. The Football Team will be at home against these top offenses with their home crowd backing their defense for better momentum swings, while the Cowboys will be on the road as a bottom defense with no home crowd to help them out.