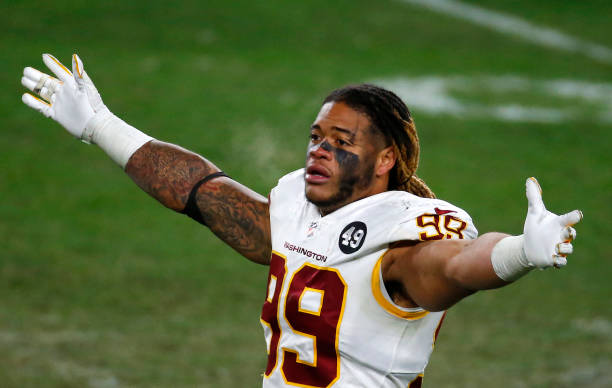 Will Chase Young Destroy His 8.5 Sack Total This Year?

Will Chase Young Destroy His 8.5 Sack Total This Year?

Betting season-long props are always gonna be somewhat risky but can definitely present extreme value at times. I normally will only pull the trigger when I believe a player can cash a ticket playing only about 14 of the 17 total games, and I think that’s the case for Chase Young here. There is absolutely no better way to start out a new season of football than a strip-sack, against Cam Newton, on your third play of the preseason. If you’ve been living under a rock, Chase Young was the Washington Football Team first-round selection last season, picked at the #2 spot right behind Joe Burrow. The Ohio State product impressed many during his rookie season and everything seems in place for a great year two breakout. 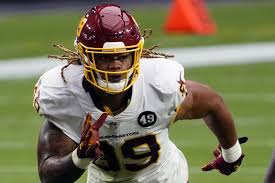 Last year Young posted 7.5 sacks over the course of 15 games. Beyond the fact that he was a rookie getting used to a new system he also had tons of responsibility in the run-stopping game. This year they drafted rookie linebacker Jamin Davis in the first round to help with that along with signing cornerback William Jackson III, these additions will help the overall defense and take some pressure of Young. The Washington defense is expected to be top five by almost every industry insider and it’s hard to not buy into the hype, even the players have bought in with Montez Sweat telling the media that he and Young planned to break the record of 39 sacks by a pass-rushing duo this season.

The final thing we have going right for us is that Chase Young is finally healthy. He had a lingering groin injury that he battled through for most of last season. He recently went on ESPN and explained that he finally felt back to normal around Week 11, and the numbers back that up considering he had 3.5 of his 7.5 sacks from Week 11 to Week 17, more than half of his production on the season happened when he was healthy for a six-week span. Young has all the physical tools necessary to have an incredible breakout season, I’m just happy to be along for the ride. The second year for defensive players with draft capital like Young's is historically when the breakouts occur, by the end of the season I wouldn't be shocked to hear Young in the conversations for defensive player of the year.