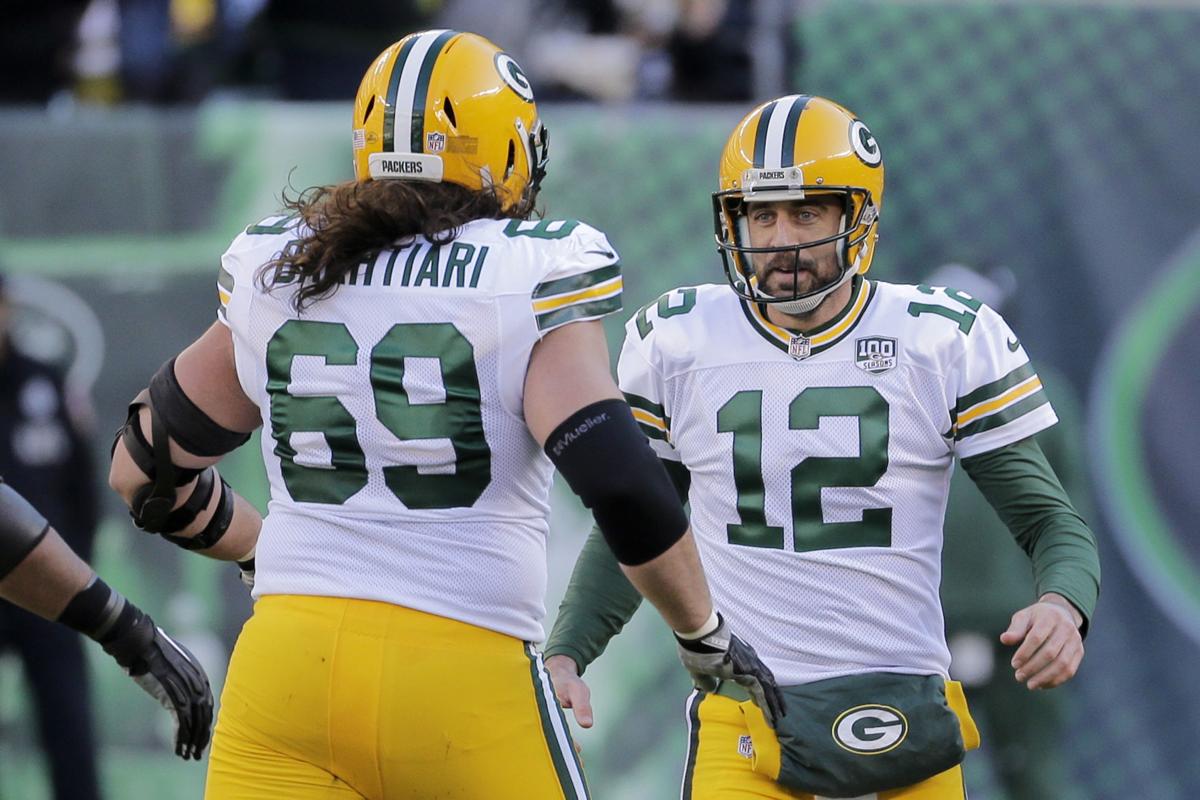 Aaron Rodgers is coming off arguably his most efficient season in his second year under Matt Lafleur's offense. Rodgers set new career highs in touchdowns (48) and completion percentage (70.7%) in his 13th season as the Packers quarterback. His favorite target, Davante Adams, is in a contract year which should send shivers down the spines of all cornerbacks who line up across from him. The Packers traded for his long-lost friend (and now roommate) Randall Cobb, whose talent is questionable at this point in his career but the chemistry he shares with his favorite QB will only help Green Bay's offense. Packers fans can "R-E-L-A-X" knowing that their franchise player is back for at least one more season. My meticulous research and hard-hitting analysis would be no good if I didn't mention that Rodgers is coming into the season after vacationing in Hawaii and getting engaged to a famous actress. So who in the world would ever take an under on an Aaron Rodgers bet?

This article will discuss whether Aaron Rodgers goes over or under his 4550.5 Passing Yards prop on Draftkings Sportsbook.

Most people will look at the introduction and automatically assume the over is a good play but it's important to explore both sides of the bet. Last year, Rodgers threw for 4,299 yards over 16 weeks which is just a shade under 269 yards per game. It's been well-documented that the NFL schedule is expanding to a 18-week regular season, with each team playing 17 games and one bye week. Hypothetically, Rodgers would've had 4,568 passing yards if you gave him an extra week at his average 2020 numbers which would put him slightly over his prop. "So we're taking the over, right?" Not so fast!

Extreme efficiency is usually followed by regression and Rodgers is no exception. Not to mention last season was an outlier for NFL offenses as a whole, combining for an NFL record 12,692 points. The previous record was 11,985 points set in 2013, so the 2020 season outscored the next closest by over 700 points. This is undoubtedly due to the Covid-19 pandemic that forced teams to play in empty stadiums for the majority of the season. Road teams who usually deal with deafening noise (and sometimes biased referees) were able to communicate without issue meaning home-field advantage was almost meaningless. At this time all 32 teams have been approved for full capacity, restoring home-field advantage and destroying the level playing field that occurred last year.

You can find the Packers around -165 at most sportsbooks to win the NFC North with their win total set at roughly 10.5. The most likely team to compete for the division with Green Bay is the Minnesota Vikings who are around +250 with their win total set at roughly 9. This is important because if the Packers are locked into their playoff position, Rodgers certainly won't be playing the final week. Of course they might be competing with other NFC teams for a first round bye and / or home field advantage so take this information with a grain of salt.

Another factor that may be going under the radar is the temporary loss of David Bakhtiari who's an outstanding all-around lineman especially in pass-protection. Green Bay's premier left tackle will return at some point this season, but the timeline is up in the air. Bakhtiari has been extremely hesitant to set a return date or have any expectations whatsoever but local beat writers project him to come back some time in October. Elgton Jenkins is normally the Packers left guard but he will be playing left tackle in Bakhtiari's absence. Jenkins is a fantastic young player who is praised for his versatility but simply put, he's a downgrade.

My money is on Aaron Rodgers to go under 4,550.5 passing yards for the season. He will still be the efficient QB he always has been but the numbers last year suggest that regression is coming for him personally and NFL offenses overall. I expect Rodgers finishes in the 4,350 to 4,450 yard-range and Im comfortable taking the under down to 4,500 yards.