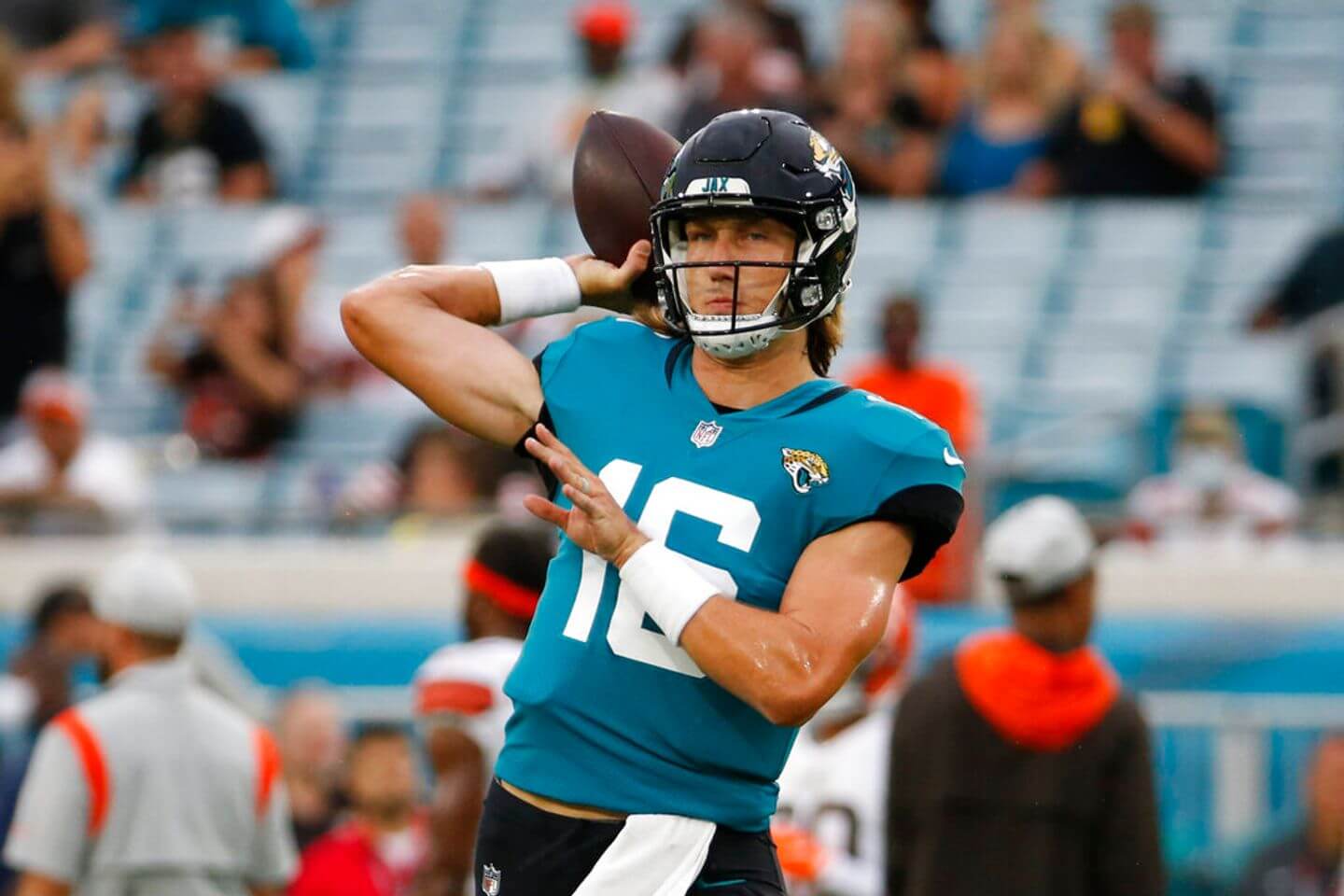 Welcome back, Karma Nation! Let's take a look at three season-long NFL Divisional Team props that I think are worthwhile for the upcoming 2021 season. To find all of the other staff’s favorite bets, make sure to sign up for the Premium package.

All futures odds are based on DraftKings Sportsbook. Lines may vary based on the time you are reading this or if you are using a different sportsbook. Check out where to bet to find other sportsbooks in your state. Let's dive in.

The Titans are a team you look at on paper and go, yep, they go better in the offseason. The addition of Julio Jones to this offense can't be overstated. In what has been an elite offense in terms of passing efficiency the past few seasons, the Titans are the clear-cut favorite in the AFC South this season. While the defense should be around the bottom half of the league, the offense is good enough to make up for it. With the Colts' starting quarterback Carson Wentz starting the year injured, it looks like the Titans have a pretty easy path to a first-place finish in the division. The Texans and Jaguars should not threaten them, outside of a trap game or two.

The San Francisco 49ers are just a few seasons removed from a Super Bowl run. The coaching staff and core roster from that championship run are largely intact. The issue with the 49ers has been staying healthy. Incumbent starting quarterback, Jimmy Garropollo, has been the primary linchpin of success for the team. When he is on the field, the team tends to win games. If Garropollo gets hurt again, the 49ers finally have a real contingency plan at quarterback in rookie quarterback, Trey Lance. With defense star Nick Bosa returning to health as well, I'd expect this team to be much improved. While it's a tough division featuring the Arizona Cardinals, Seattle Seahawks and Los Angeles Rams, I think the 49ers are the most well-rounded team that has a legitimate shot at taking the NFC West Division Title this season.

I touched on this a bit with the Titans, but the AFC South isn't very good outside of the Top-2 teams. However, I believe the rookie-led Jaguars will still be a better team than the dysfunctional Houston Texans. The Texans have one of the most talent-devoid rosters in the NFL and look to be hurdling towards a full rebuild. With no clear future in Houston, I'd expect the Jaguars and their new franchise QB-Head Coach pairing in Trevor Lawrence/Urban Meyer to be a much more competitive team this year, which should translate to more wins.