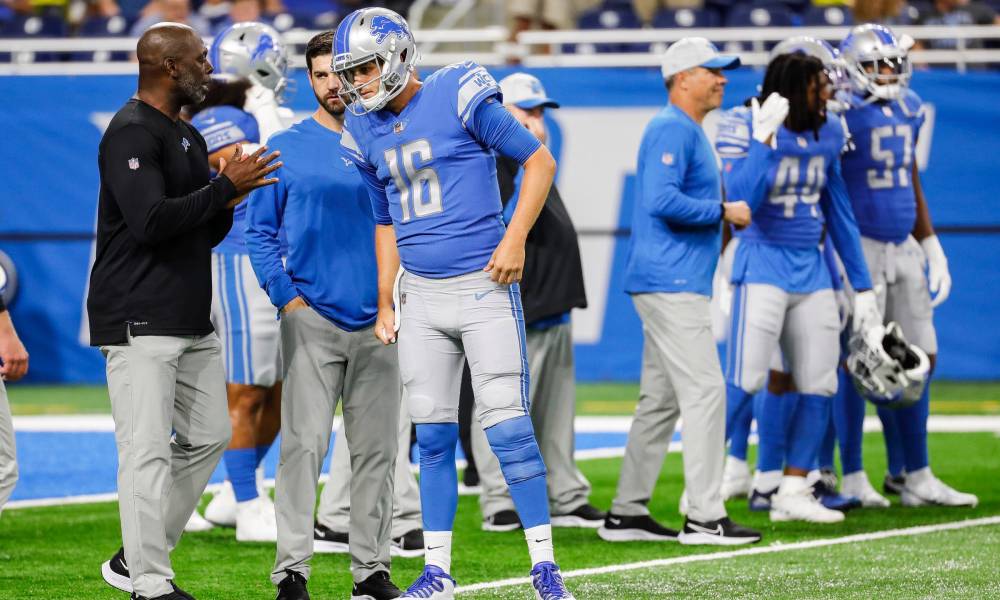 Will the Lions win more than 4.5 games?

The Lions have been synonymous with failure ever since their 0-16 season. Where they were able to draft Matthew Stafford with the first overall draft pick the following season. Unfortunately, the Stafford era is officially over after an offseason trade sending Stafford to the Rams for Jared Goff. Although, Stafford and the Lions had a lot more success than it may have seemed. After finishing year one 2-14, Stafford had success making the playing three times in eight seasons before surprisingly firing Caldwell after a 9-7 season. They have not been the same since. With a combined record of 13-29-1 under Patricia, who was fired in the middle of last season. The Lions have a completely revamped team; coaching staff and Quarterback. Is that enough to reach the over on their win total? Let’s find out.

One of the most important things to look at is not only how good a team is but the strength of the schedule they will be going up against. The Lions have one of the toughest schedules in the league according to Vegas win totals, they rank 7th toughest schedule. On top of that they are underdogs in every game this season but one where it is a pick ‘em against the Eagles at home week 8. They have an average line for this season of +6.4, a touchdown underdog in 10 out of 17 games including at least 5.5-point underdogs in every road game. Outside of their division, they play two of the best divisions in football, the NFC West and the AFC North. Seven out of eight of those teams are potential playoff teams. Their main hope for out-of-division wins is the Bengals, Broncos, Eagles, and Falcons. All teams that finished last in their respected divisions. Even the bottom of the barrel teams are not walkovers as we can tell by the projected Vegas lines for those games. They would have to win all four of those games plus another of those harder games to lose this bet. I don't see them winning more than two of those games.

The Lions got a steal at the seven pick of the draft, snagging Penei Sewell. Thought to be a generational talent out of Oregon. Although, he has had a rough preseason as vets are able to break contain and get to the QB. Obviously, it will take Sewell some time to get used to the athleticism of edge rushers in the league. He has a tough few weeks to start the season. He will be going up against some of the top edge rushers in the league, Nick Bosa, Zadarius Smith, Calais Campbell, Khalil Mack, and Danielle Hunter.

On top of cleaning house on the coaching staff, they have a brand-new quarterback. In late January we saw a blockbuster trade, sending Stafford to the Rams for multiple first-round picks and Jared Goff. Now the face of Detroit Goff looks to try to get chemistry with a brand-new receiving core. Everything about the Lions' offense is new outside of Deandre Swift. Goff has a history of playing poorly in cold weather climates now he goes to the NFC North and has to play the AFC North as well as traveling to Denver in December. This isn’t the weather the Southern California boy likes. As someone who will be playing from behind and without the pass catchers the Lions are used to, Marvin Jones and Kenny Golladay, Goff will have a rough time getting acquainted with this offense.