Who Will Be the Fastest Offensive Ball Carrier in the NFL in 2021?
Bet TrackerTop PropsProps ComparisonOdds ComparisonSPF PredictorLive OddsRecordsLive TrendsArticlesHow to BetWhere to BetBet CalculatorChat RoomDaily Fantasy Sports
Back to Articles
NFL 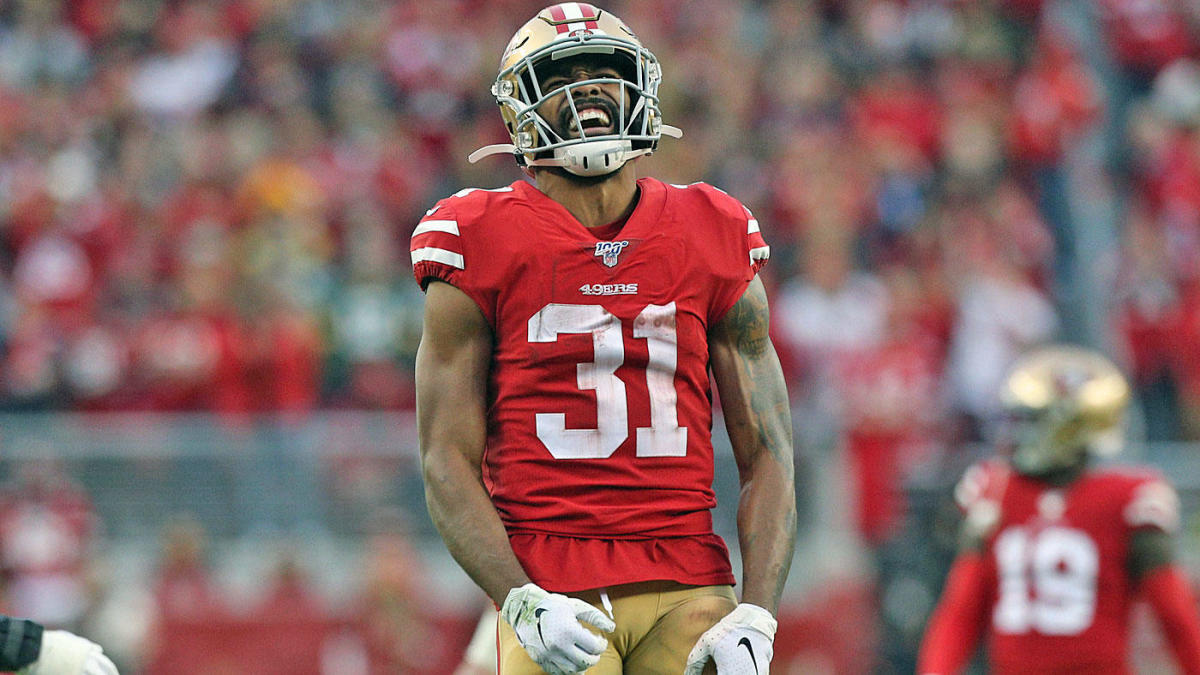 Who Will Be the Fastest Offensive Ball Carrier in the NFL in 2021?

“Speed kills” is one phrase that many live or die by in the NFL. For a number of years, the Oakland [now Las Vegas] Raiders bumped anyone that could fly during the 40-yard dash up their draft boards. Chris Johnson, or Ocho Cinco depending on when you started watching the NFL, once raced a horse to prove his speed. There have been plenty of arguments over who the fastest players in the NFL are, as the majority of the players disagree with naming one person as the fastest in the league.

Generally, when you think of speed, Tyreek Hill is one of the first active players that comes to mind. Chris Johnson, who retired years ago, also made his case for the fastest player in the NFL, as his 40-yard dash at the NFL Combine was the fastest recorded for 9 consecutive years. That record was broken by John Ross, who blazed a 4.22 40-yard dash in 2017. Straight-line speed without pads is drastically different from game speed in the NFL, though.

This article will discuss which player you should bet on as the fastest offensive ball carrier in the NFL during the 2021 season.

Who’s the Fastest Ball Carrier in the NFL?

So what matters more than pure speed in these situations? Opportunity. Speed means very little when you aren’t put in a position to use it. Since the start of the 2017 season, 15 of the top 20 offensive ball carriers were running backs. Cordarrelle Patterson and Martavis Bryant, who were listed as wide receivers, saw their top speeds on a rush attempt and a return, as well. Ultimately, only 3 of those 20 top speeds came on passing plays to wide receivers.

Running backs are more often put in situations where they can hit their top speed. There are several plays per year where backs can hit a hole without being touched and are off to the races. There are more variables for receivers, though. Whether they’re hand fighting, tracking the ball, or waiting or reaching out for an inaccurate pass, receivers need more to go right in or to hit their top speed with the ball in their hands.

Playerslayer needs to be able to break off for a long touchdown, as well. Since 2017, 16 of the 20 fastest ball carriers recorded 40+ yards on their play. This makes sense as players eat up yardage fast at their top speeds, generally needing a bit of time to hit their stride, as well.

The five fastest projected offensive ball carriers in 2021 in terms of odds are as follows:

As I mentioned above, I’m not overly concerned with wide receivers because of their lack of opportunities compared to running backs. That eliminates Hill, Hardman, and Ruggs from this group. It is important to make some notes on Hill, though.

He’s a bit of an exception because of his blazing speed and Patrick Mahomes’ ability to hit him in stride. Since 2016, Hill’s recorded 4 of the 25 fastest times for ball carriers in the NFL. He recorded the fastest and second-fastest times in the league in 2016. With that being said, both of those times were on returns rather than receptions. He’s far too important to the offense at this point to be a return man, though, limiting his opportunities once again. Although Hill will be one of the fastest ball carriers in the NFL once again, it’s unlikely that he’s the fastest player in his current role.

That leaves Taylor as the sole competition for Mostert in the top five odds on DraftKings Sportsbook. He blazed a 4.39 40-yard dash at the 2020 NFL Combine. Taylor’s speed immediately translated with pads on, recording the fourth (22.05 mph) and 12th (21.6 mph) fastest recorded times of any ball carrier last season. He could see a larger role his sophomore season, making him a true threat to take the title of the fastest ball carrier in 2021. With that being said, I’m still going to side with Mostert and the San Francisco 49ers offense.

Mostert grew up as a track star, and that showed in the form of a 4.34 40-yard dash at the NFL Combine. His speed was on full display in 2020, needing only 120 touches to post the two fastest speeds of any ball carrier last season. He was clocked at 23.09 and 22.73 mph by NFL’s Next Gen Stats, which was nearly a full second faster than Kenyan Drake at 22.11 mph.

San Francisco’s head coach Kyle Shannahan’s system plays a major role in this bet. He’s featured a running back in the top-10 of the NFL in ball carrier speed every season since 2016 except for 2017. Raheem Mostert and Matt Breida have led the NFL in max speed over the last 3 seasons, while Tevin Coleman ranked eighth in max speed (22.25 mph) for the Atlanta Falcons in 2016.

The one major concern is Mostert’s workload. He won’t have nearly as many opportunities as some of the other running backs in the NFL, although that may not matter for the speedster. Jeff Wilson’s out with an injury while rookie Trey Sermon deals with an injury. Mostert’s biggest obstacle to touches last season was his health, and if he can stay healthy in 2021, I expect him to play a major role in the offense.

These odds are odds skewed toward wide receivers based on the history of speed in the NFL. That gives several running backs value odds with Mostert leading the way after posting the fastest speed in the NFL since 2016 last season. He’ll continue to see plenty of opportunities in one of the best run designed offenses in the league. Although I feel a few backs have the chance to hit this bet, Mostert should be the favorite, giving us great odds.

Bet 1 unit on the Raheem Mostert to be the fastest regular season offensive ball carrier in 2021 (+650) to win 6.5 units on DraftKings Sportsbook - Click the link to receive up to $1,000 sign-up bonus.