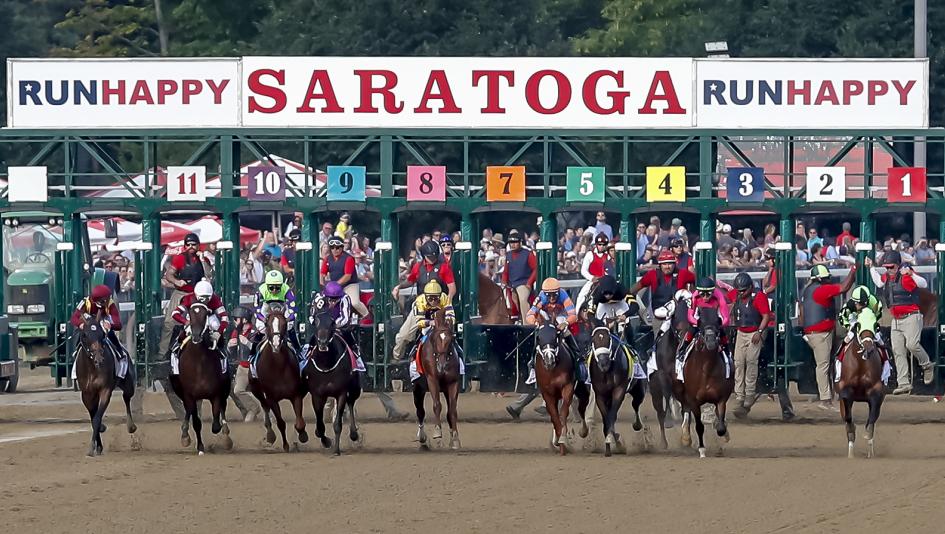 We are back this weekend at Saratoga Springs for the Midsummer Derby, the prestigous Grade 1 Travers Stakes! While Essential Quality will headline the big race of the day, he appears to be an overwhelming favorite in that race. We are going to look at a few other races on the card to try to exploit some value. Instead, we are going to target a Pick 3 sequence covering races 8,9, and 10. We will have to take a stand against a few favorites, but I think we have a good opportunity to set ourselves up for a nice score! Let's dive right in!

Right off the bat, we are going to completely toss the favorite in this race. #7 Yaupon has run races that are very fast on paper, but I believe he's been beating up on very weak fields for his entire career. The only time Asmussen ran this colt against Grade 1 company, he faltered badly without much of an excuse. I don't think he is nearly as good as billed, so we're looking in another direction. There are times where Mischevious Alex and Firenze Fire would be major contenders here, but both of them have disappointed lately and shown declining form, so we won't be using them either. The top pick is the battle hardened veteran Whitmore. Whitmore was trying to close into a speed biased track in his last race, and he ran much better than it looks as that race was dominated on the front end. He seems to have taken a while to get going in his eight year old season, but he's been steadily improving and makes sense here. I would also include the likes of Mind Control, who rediscovered his winning ways last race when switched to the Pletcher barn, and Lexitonian, who pulled off a huge upset last time out and will likely be dismissed in this race once again.

If you're playing a pick 3 in this sequence, this is the race where you have to take a stand. While I think Jackie's Warrior might be the best sprinter in the country, I think Life is Good might be the best horse of the decade. Life is Good ran races in the very part of his early three-year-old campaign that would genuinely make him a strong contender to win the Breeder's Cup against older horses. He was that good, and he would have likely been a lock for the Kentucky Derby if injury didn't derail his chances. There are certainly question marks surrounding how well he will fare off of the layoff with the new barn, but any time you can get a horse who is arguably the best in the country at 8/5 in a small field, you take it and run.

In this race, I want about 75% of my money going through heavy favorite Letruska. She has simply gotten better and better with each start this year, and she looks to be a dominant force once again in the Personal Ensign. She will certainly be the one to catch and beat. The only other horse who I think has a chance at the upset is Royal Flag. This mare ran a very nice race last out in the Shuvee, beating next-out stakes winner Horologist. She runs well at Saratoga and is two for three at this distance, and in the last week the Chad Brown barn has been red hot. The only way I see Letruska losing is if there is a nuclear pace battle on the lead, and if that occurs then Royal Flag is the closer I want the most of.