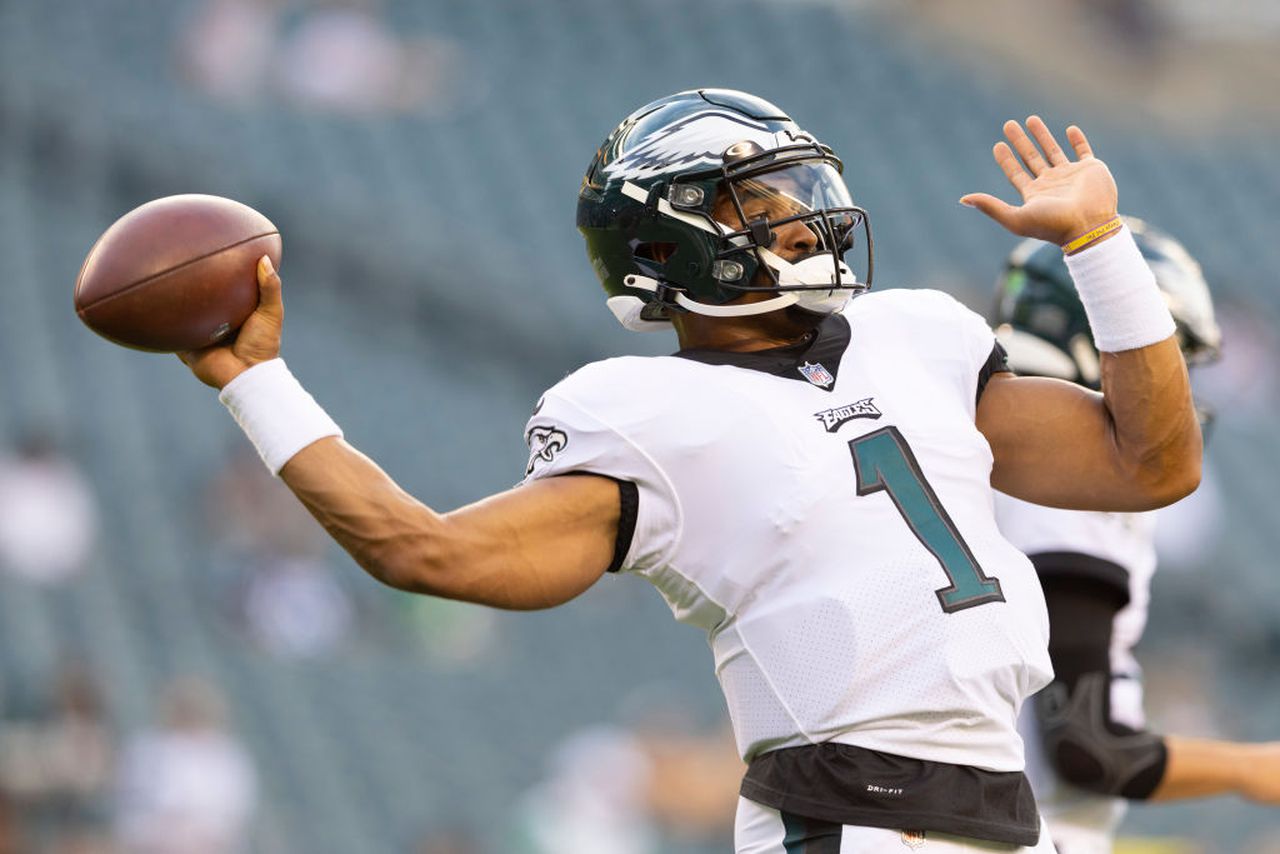 Welcome back, Karma Nation! Let's take a look at a 2021 NFL player prop matchbet that I think is worthwhile for the upcoming 2021 season. To find all of the other staff’s favorite bets, make sure to sign up for the Premium package.

All odds are based on DraftKings Sportsbook. Lines may vary based on the time you are reading this or if you are using a different sportsbook. Check out where to bet to find other sportsbooks in your state. Let's dive in.

Matchbets are one of my favorites on Draftkings Sportsbook, and it's essentially a player prop. This prop in particular pits NFC East rivals Daniel Jones and Jalen Hurts against each other. So, which one will have more passing yards this NFL season? The easy answer at first glance (and odds-on favorite) is Daniel Jones. On paper, he has the better offensive weapons with free-agent acquisition Kenny Golladay, 2021 first-round pick Kadarius Toney, Sterling Shepherd, Darius Slayton, Evan Engram, and a healthy Saquon Barkley. In comparison, Jalen Hurts has rookie DeVonta Smith, Jalen Reagor, Quez Watkins, Dallas Goedert, and Zach Ertz.

However, I think the true evaluation between these quarterbacks starts and stops with the offensive lines. When healthy, the Eagles O-Line is by far the better unit as a whole. They should be able to give Hurts more time than Jones in the pocket, and Jones has proven to be easily flustered when pressured in the pocket.

We also need to acknowledge the fact that Jones' weapons aren't healthy. Marquee signing Kenny Golladay hasn't been healthy all of training camp and is nursing a hamstring injury that he has dealt with in previous seasons. Hurts' tight ends are also far more reliable than Jones' and should serve as de facto WR2s in the Eagles offense.

Thus far in his NFL career, Daniel Jones has been less than a stellar passer. In 13 games as a rookie, Jones passed for 3027 yards (232 yards per game). In 14 games in 2020, Jones actually regressed and threw for 2943 yards (210 yards per game). While Jalen Hurts' sample size is small, he has averaged many more yards than Jones with lesser weapons. Through only 4 games as a rookie, Hurts threw for 1061 yards (262 yards per game). Keep in mind Hurts was pulled midway through game 4, so he would have accumulated even more yards had he played the entire game.

I'm easily taking Hurts over Jones on this matchbet, especially with Hurts' underdog odds. My 2021 NFL projections have Hurts throwing for 4,328 yards, while Jones is only projected for 3,931 yards.