Who Will Lead the NFL in Passing Yards in 2021?
Bet TrackerTop PropsProps ComparisonOdds ComparisonSPF PredictorLive OddsRecordsLive TrendsArticlesHow to BetWhere to BetBet CalculatorChat RoomDaily Fantasy Sports
Back to Articles
NFL 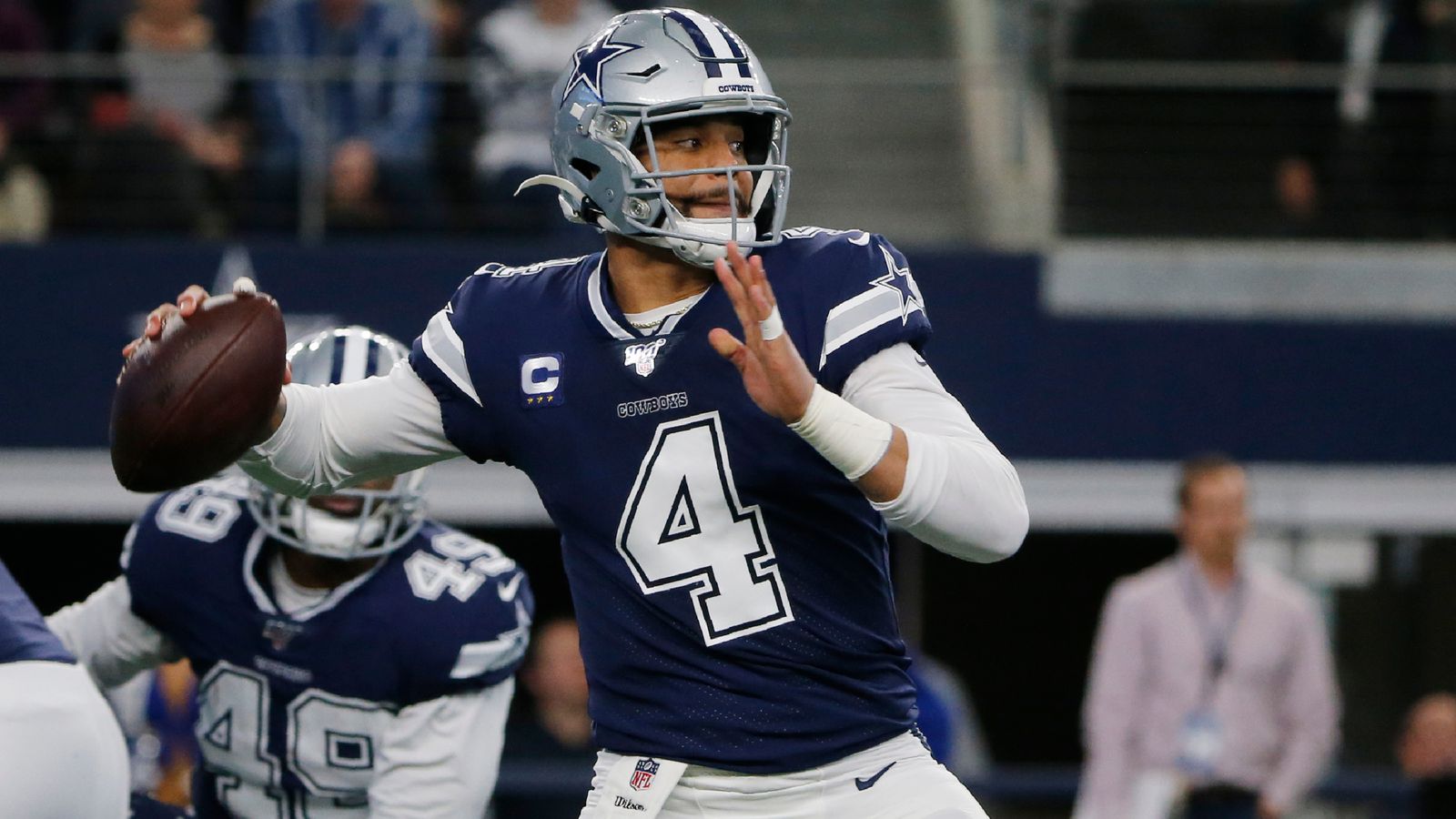 Who Will Lead the NFL in Passing Yards in 2021?

The NFL is loaded with talented quarterbacks who are featured in offenses designed for their strengths. Patrick Mahomes’ arm has wowed viewers for years with an outstanding supporting cast. Dak Prescott will look to show that his injury last season only slowed down his success rather than stopping it. Josh Allen, Justin Herbert, and Joe Burrow are young players who will be looking to continue their outstanding progression early in their careers. Tom Brady, Aaron Rodgers, Matt Ryan, and Russell Wilson are veterans looking to prove they still have plenty left in the tank. Jameis Winston and Matthew Stafford are starting for new teams, looking to show their new fanbases they’re in safe hands for 2021.

These aren’t the only potential leading quarterbacks, though. There are other high upside options that could come out of the woodwork during the season. With 17 regular season games, we could see plenty of quarterbacks have career years. This bet goes along with my “Will Someone Break the Regular Season Passing Yards Record?” article that was recently published.

This article will discuss who will lead the NFL in passing yards for the 2021 season with odds being taken from the DraftKings Sportsbook.

Who Will Lead the NFL in Passing Yards in 2021?

There are several quarterbacks that have the potential to lead the NFL in passing yards in 2021, especially with the new wrinkle of an extra game. The odds reflect that with 8 players featuring +1400 or better odds to do so. There’s one player that sticks out above the rest, though.

I continue to back Prescott as an elite option for passing yards in 2021. His breakdown season came in 2019, throwing for 4,902 yards with 30 touchdowns and 11 interceptions on 596 attempts. Overall, he averaged 306.4 yards on 37.3 attempts per game. He ranked second in the NFL in passing yards behind Jameis Winston. Although he didn’t lead the league in passing yards that season, Prescott would’ve led the league with the same amount in 2020.

He was on pace to do so, recording 1,856 yards with 9 touchdowns and 4 interceptions on 222 attempts over only 5 games. Prescott finished only 4 of those games, getting hurt in the fifth. Ultimately, he averaged 371.2 yards on 44.4 attempts per game. Keep in mind, these numbers are rather unsustainable, although they don’t have to be. No leader’s averaged more than 326 yards per game over the last 5 seasons with the leader generally averaging significantly less than that.

The Dallas Cowboys offense is designed for Prescott to find success. They have arguably the best trio of wide receivers in the NFL in Amari Cooper, CeeDee Lamb, and Michael Gallup. They also have Cedrick Wilson, who’s proven he can step up in case of an injury. Dalton Schultz proved he can be a viable starter at tight end last season, but Blake Jarwin is returning from injury. This gives Prescott two more pass catchers at a position most NFL teams struggle with. Ezekiel Elliott and Tony Pollard are two versatile running backs, who can add to Prescott’s success through the air when on the field.

Dallas’ offensive line should take a major step forward this season. Tyron Smith and La’el Collins are anchoring the tackle positions after dealing with injuries in 2020. Zack Martin and Connor Williams will make up an outstanding guard combo, as well. The only true question mark is center, which is a concern, but overall, this should be one of the better offenses lines in the NFL after struggling last season.

With the improved offensive line and offseason reports of Zeke Elliott having the best offseason of his career, there is one major worry for Prescott’s production. Will he be forced to throw enough to record 5,000+ passing yards or will the offense rely more on Elliott and their improved offensive line? This question likely depends heavily on the defense.

The Cowboys defense ranked fifth-last and 22nd in points and yards allowed, respectively. They also ranked as a bottom-12 team in score percentage. The myth is that Dallas featured the worst defense in the NFL last season, forcing their quarterbacks to air the ball out early and often. That wasn’t always the case, though, as they only saw a halftime deficit of more than 8 points in 2 of the 5 games Prescott started. With that being said, those games tended to be high-scoring because of the success of their offense.

Dallas’ defense was a bottom defense in the NFL. They weren’t historically bad, though. They made a few changes, including adding first-round pick Micah Parsons to the mix. With that being said, I don’t expect them to take a massive step forward to the point where their games will become defensive battles.

This bet is relatively wide open with several quarterbacks possessing the ability to lead the league in passing yards. Prescott’s shown the ability before, though, and he’s in a prime spot to continue off of his elite season at the beginning of 2020.

The Cowboys also aren’t likely a lock for the playoffs, meaning Prescott could play in all 17 games this season. Mahomes would’ve led the NFL in passing yards in 2020, but he sat out of the Kansas City Chiefs’ final game, allowing Deshaun Watson to steal the title. Several of the top quarterbacks in the NFL - Mahomes, Allen, Rodgers, Brady - could sit the final game of the regular season, giving an edge to Prescott in this group.

Bet 1 unit on Dak Prescott to lead the NFL in passing yards (+600) to win 6 units on DraftKings Sportsbook - Click the link to receive up to a $1,000 sign-up bonus.