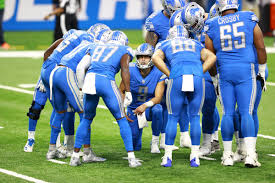 The goal of this article is to look ahead to a couple of Week #1 spots that ill be waiting anxiously for. Different books and apps are slowly putting up numbers and we want to make sure we are there to grab them as soon as possible. I'll Start out by talking about TJ Hockenson, and discuss his currently available PrizePicks numbers, then move on to some speculation about Andy Dalton. One thing I've always been a huge fan of is setting my own lines and odds prior to the books, that way I have a completely unbiased look at what I was thinking before the books put out their numbers. Hopefully, this preview can help a couple of you guys be ready when sportsbooks finally drop their Week #1 odds. 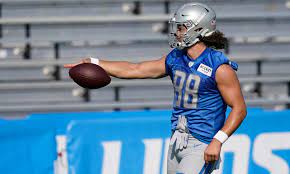 Scrolling through the available Week 1 options TJ was someone that instantly stuck out to me. While I’m personally very high on the 49ers and their defense I think this spot should present some good opportunities.  Before we get any further, this Lions team, more specifically offense, will most likely be one of the worst in the league. That being said, Hockenson is in a prime position to lead this team in targets. Goff is someone who has historically leaned on his tight ends and that seems to be the case in preseason workouts with NFL Network reporting Hock is, “THE player to watch out for. He and Goff have a lot of chemistry”. This shouldn’t be a surprise to anyone, with a supporting cast of Tyrell Williams, Quintez Cephus, and Amon-Ra St. Brown the third-year tight end is clearly the alpha of this offense.

The clear and obvious comparison is last season’s Darren Waller. Both had lackluster quarterbacks, played on below-average teams, and commanded a huge target share for their respective teams. He doesn’t have to reach the heights Waller did but it does seem he’s on a very similar trajectory. Now let’s talk matchup/game script something that I’m normally much more concerned about when facing top defenses. I think this game plays out one of two ways, Jimmy Garrapalo comes out and makes a statement, giving this team an early lead and possibly even leading to a blowout. It could also be a close game, if the Lions step up and keep this game more competitive there will be more of a run-pass balance but it likely means that Goff is having an average/good game, which is great for Hockensons fantasy value. In either of the two situations, the Lions are throwing the ball and that leads me to believe the young tight end will be the center of attention.

Fantasy Points vs Receiving Yards - I personally like both but it’s a tough choice right here. Hockenson is a huge target and a dominant red-zone presence, something that makes him appealing for fantasy points but his receiving yards number is also very low at 48.5, taking away any pressure to score in a Jared Goff offense. Last Year Hockenson hit this receiving yards number in 8/16 games and the fantasy points number in 8/16 games. It’s a tough choice but both look promising.

With coach Matt Naggy making it absolutely clear that Andy Dalton will be the Week 1 starter, plenty of interesting doors will be opened. I honestly have no clue what odds will open for this bet but if we can get something close to standard juice (-110) then I’ll be incredibly happy. Andy Dalton has 9 interceptions over his last 10 games and I'm not seeing a reason that will change this week. The Rams are most likely gonna have a top 5-10 defense in the league and it really wouldn't surprise anyone if Dalton threw 2 interceptions before halftime.

Most people are just counting down the clocks until Justin Fields gets the rains to this team. The common opinion is that Dalton is being fed to the wolves (the Rams defense) and will essentially serve as the sacrificial lamb to open up the Justin Fields era. This isn't even necessarily an attack towards Dalton, having Aaron Donald tossing around two 300 pound offensive lineman like children would put the fear of God in my eyes also. Overall a lot of this really depends on if a book decides to drop a weak number and we can take advantage of it.