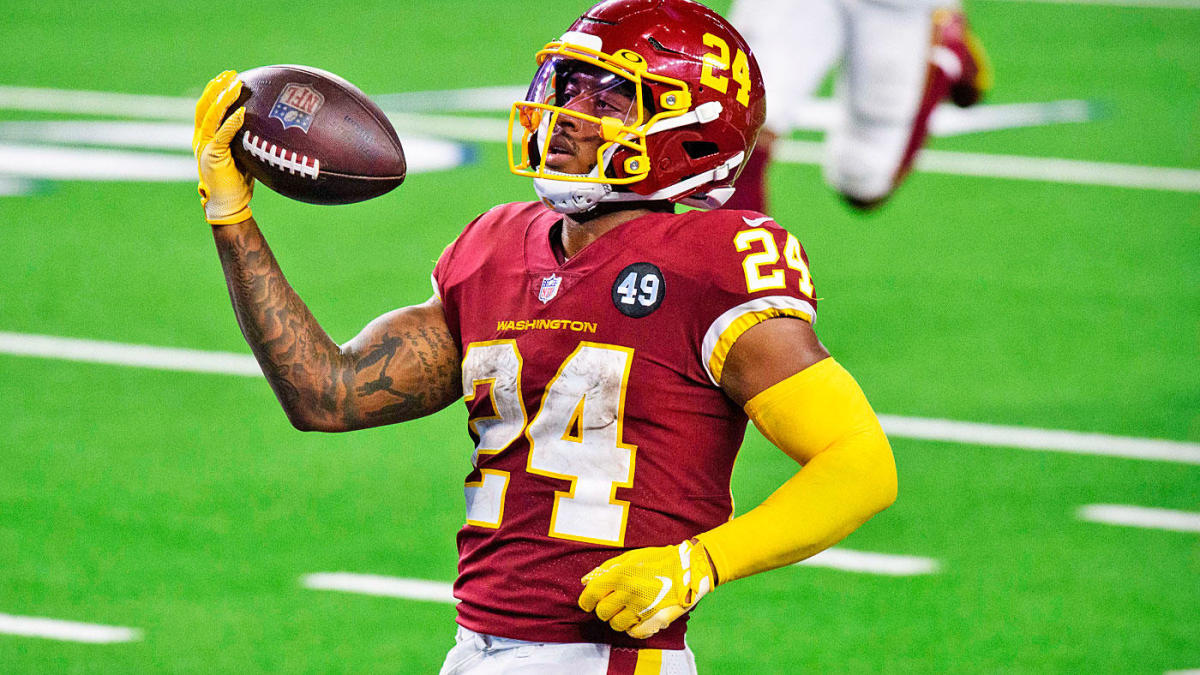 Welcome back, Karma Nation! I'll be highlighting two season-long NFL player props that I think are worthwhile for the upcoming 2021 season. This week's player props are season-long rushing touchdowns over or under. To find all of the other staff’s favorite bets make sure to sign up for the Premium package.

I'm honestly shocked at this current line on Draftkings. Through only 14 games as a rookie and 10 games as the starter, Gibson had 11 rushing touchdowns. Gibson put up 11 rushing touchdowns with fellow running back Peyton Barber vulturing goal-line work throughout the entire season. With Barber being cut from the team and the Washington Football Team's offense projecting to be much better this season, I am hammering the over on this line of 9.5 rushing TDs. If Gibson stays healthy, he should be a lock to hit on this season-long prop.

Each of the past two seasons, Lamar Jackson has had 7 rushing touchdowns. Everyone in the world knows Jackson is the best rushing quarterback in the NFL today. He is absolutely lethal on the ground year-in, year-out. Everyone also knows the Ravens offense is going to be one of the most run-heavy units in football again. Jackson's case for hitting this line is aided by the fact Ravens pass-catchers Rashod Bateman and Marquise "Hollywood" Brown are starting the season with injuries, leaving Sammy Watkins and Mark Andrews as the only established receiving options left. With the Ravens recently losing promising running back J.K. Dobbins to a season-ending knee injury, Jackson figures to be even more involved in the rushing attack this season. I'm taking Jackson over 7.5 rushing touchdowns because he's been so close to this mark multiple times. If he gets in the end zone one more time than his average, then you more than double your money invested.

After checking Draftkings Sportsbook and digging through all of the over/under rushing lines, I found these two-player props are the only ones I am comfortable with pursuing at their current odds and lines. I don't try to "force" any bets, so today's article only features two-player props. If you place 1 unit on each of these bets and win, your bankroll will be up 2.10 units in profit.