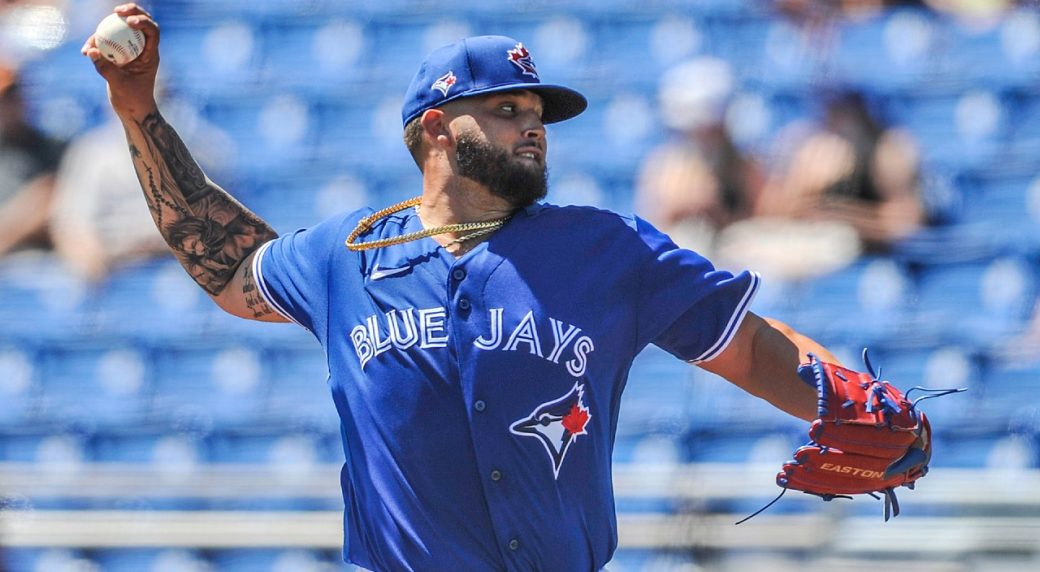 Will Alek Manoah Record More or Less than 5.5 Strikeouts?

Alek Manoah and the Toronto Blue Jays will travel to Yankee Stadium for a matchup against Luis Gil and the New York Yankees. Manoah owns the advantage in xFIP, and Gill is due for quite a bit of regression as he throws more innings. Toronto also features one of the hottest offenses in the MLB over the last 14 days, while New York’s struggled quite a bit over that span. The Yankees do boast a slight edge in bullpen xFIP over the last 30 days.

Oddly enough, the odds are focused heavily on New York playing at home rather than the advanced metrics. They’re currently -120 favorites in this game with Toronto entering the game as a +100 underdog. These teams feature similar records, as the Yankees are only 2.5 games ahead of the Blue Jays this season. With that being said, Toronto’s 9-1 over their last 10 games, while New York’s only 2-8 over that span.

Alek Manoah and the Blue Jays opened as +100 underdogs to Luis Gil and the Yankees tonight. The line hasn’t shifted thus far. The game total opened at 9.5 runs, increasing to 10 throughout the day. As you can see on our Trends page, the Yankees boast an implied team total of 5.5 runs tonight.

Manoah’s found plenty of strikeout success throughout the 2021 season. His strikeout total is set at 5.5 on all books tonight. There’s juice on the under on all books with BetMGM featuring the best odds on the over at -105.

Manoah’s looked great in terms of strikeouts this season. He boasts 26.4% strikeout and 12.2% swinging-strike rates thus far. He also boasts a 10 K/9 in 2021. Manoah’s seen plenty of strikeout success in the minors, suggesting he can continue it in the MLB, as well.

He gets a plus matchup against the Yankees offense tonight. They’ve been struggling in recent weeks, posting a .290 team wOBA with a 23.4% strikeout rate over the last 14 days. There are more strikeouts in their lineup than this rate suggests, as well.

Manoah’s only thrown against New York once this season, recording 7 strikeouts over 6 innings. They’re expected to utilize five left-handed batters this season, giving Manoah ample opportunities for strikeouts. This total is set a bit low, and the over is an outstanding bet tonight.