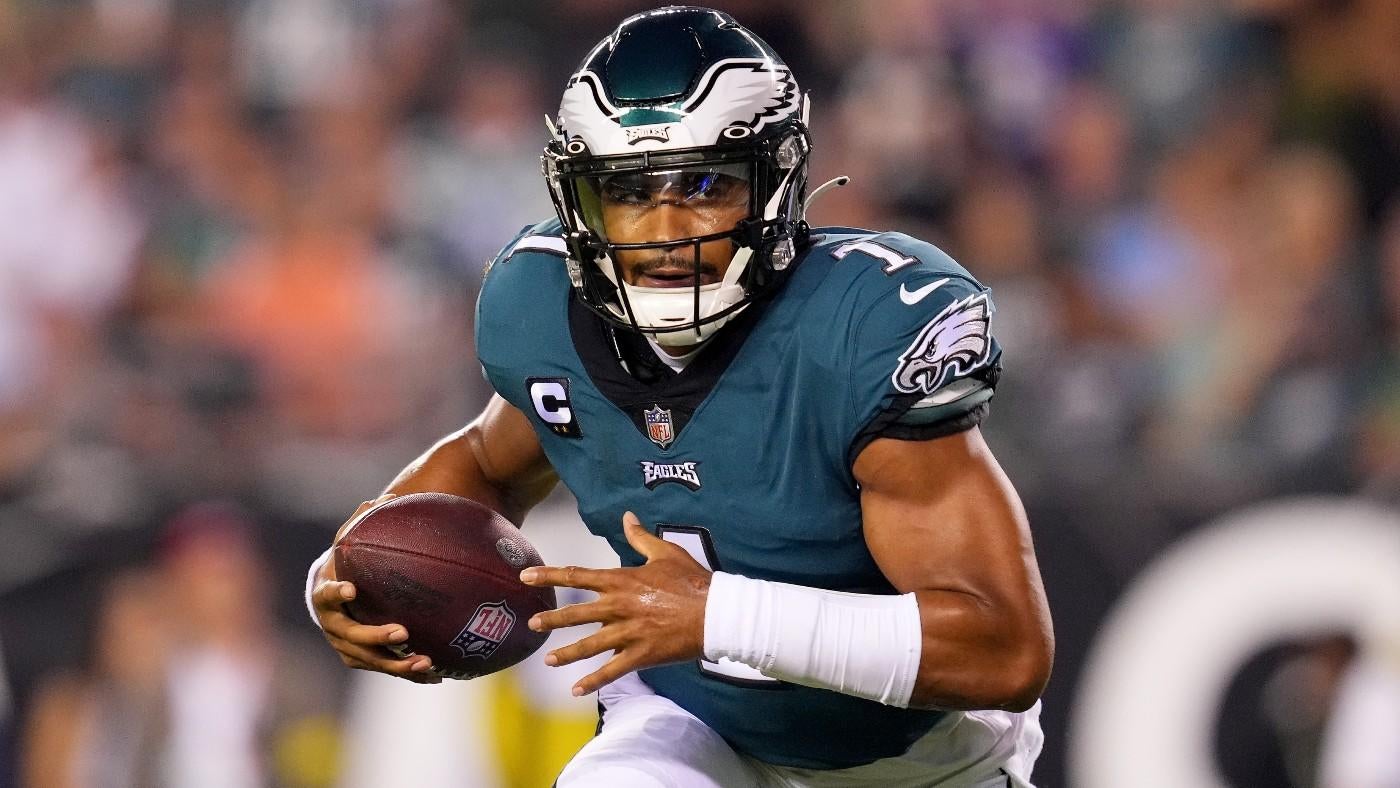 Jalen Hurts and the Philadelphia Eagles will travel to the Mercedes Benz Stadium for a road matchup against Matt Ryan and the Atlanta Falcons. Both teams are coming off of a terrible 2020 season, finishing last in the NFC East and NFC South, respectively. Ultimately, Philadelphia ended last year with a 4-11-1 record, while Atlanta posted a 4-12 record.

The Falcons are given an edge in this game, as they’re currently -190 favorites. They’re -3.5 point favorites in terms of the spread, although there are slightly wider odds on the Eagles at +3.5. This game’s also expected to see plenty of scoring, as the game total is set at 49. The Eagles own -120 odds on over 22.5 points for their team total, while the Falcons enter this game with -125 odds on over 26.5 points.

Jalen Hurts was the 53rd overall pick in the 2020 NFL Draft. He was expected to be an insurance policy for the oft-injured Carson Wentz, although it wasn’t long before there was quarterback controversy in Philadelphia.

Hurts played limited snaps, generally being used as a runner through the first 12 weeks of the season. He replaced Wentz in Week 12 against the Green Bay Packers, running for 29 yards on 5 attempts, playing 42% of the offensive snaps.

He saw somewhat of limited snaps against Washington, as he was removed from the game early. In full games, Hurts averaged 79.3 yards on 12.7 carries per game, recording 63+ yards in each of those 3 contests.

The Eagles brought in offensive-minded Nick Sirianni as their head coach, and they traded Wentz in the offseason. Although Philadelphia added Joe Flacco and Gardner Minshew to their quarterback room in the offseason, this is clearly Hurts’ team, and he should have a long leash. Ultimately, that doesn’t matter for this bet as long as he gets through this entire game.

More importantly, the Eagles had an entire offseason to implement a new offense for Hurts to thrive in. He’ll likely see more designed runs hidden in plain formations in 2020, and there won’t be much film on their new playbook entering Week 1.

Hurts is a physical quarterback who recorded 614 carries throughout his time at Alabama and Oklahoma. His proven ability to bring his running abilities to the NFL last season should solidify the necessity for him to run early this season, as well.

Hurts gets an interesting matchup against the Falcons this week. Atlanta allowed the ninth-most rushing yards to opposing quarterbacks (334) in the NFL last season. Overall, they allowed 5.3 yards per carry to opposing quarterbacks. Most teams don’t have the option to design runs for their signal-caller, making Hurts’ rushing potential that much more impressive this week. In what looks like it could turn into a shootout, the second-year player could record 10+ rushing attempts. I’d expect this line to be nearly 10 yards higher, giving us a massive edge.