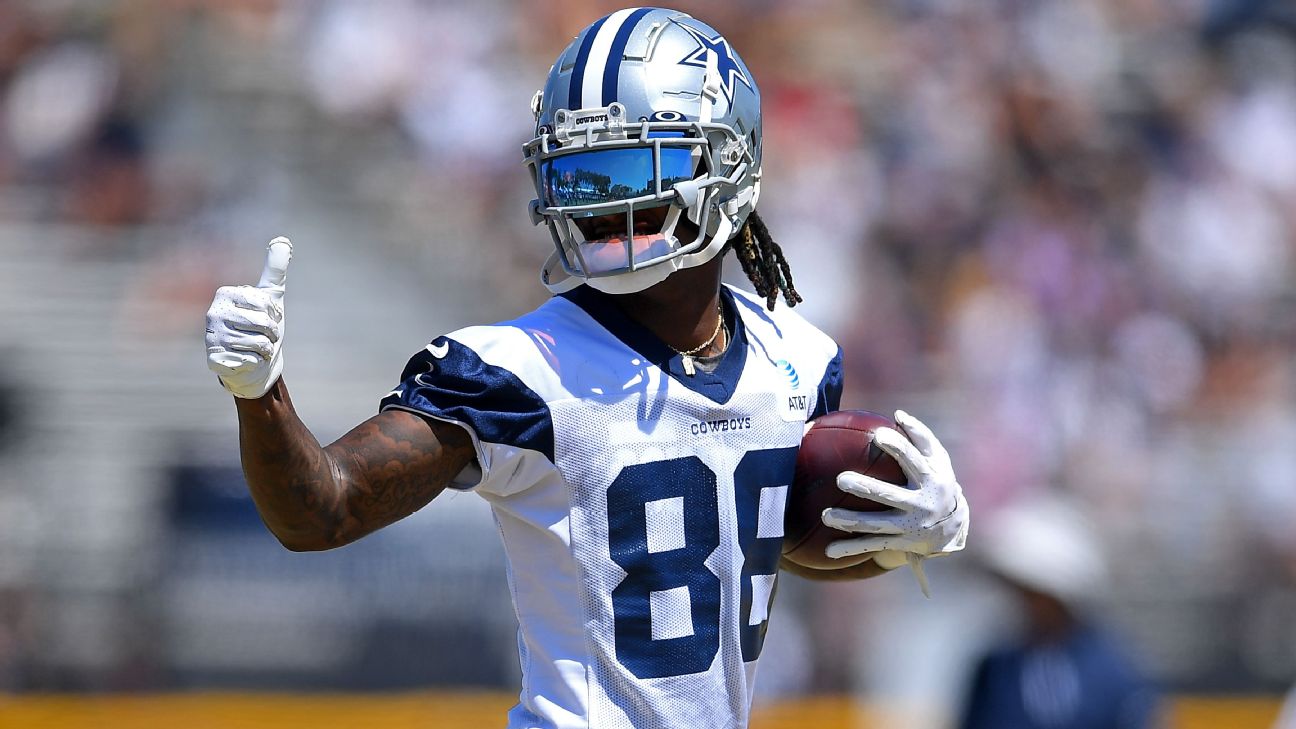 What is up Karma Nation! Football season is officially upon us with Thursday Night Football! We have an exciting game between a top-5 offense and a top-5 defense. Dak Prescott and the Dallas Cowboys take on Tom Brady and the Tampa Bay Buccaneers. Dak is playing in his first game since sustaining a horrific ankle injury that sidelined him for the remainder of the 2020 NFL season during a week five matchup against the Giants. While Tom Brady entering his 22nd season in the NFL, this ties him with Jeff Feagles for the 6th most seasons played. The future of the NFL going up against the old gun with gas still left in his tank after winning his sixth Superbowl.

Last season Lamb fell just short of 1000 yards, as the rookie WR surpasses 100 targets and ending with 74 receptions. Unfortunately for Lamb, he was not able to get a full season with Dak Prescott under center, since Prescott only played five games last season. During those five games, Lamb saw eight targets per game, 5.8 receptions, and 86.6 yards per game. He had at least 59 yards in every game and eclipsed 100 yards in 40% of games. Now in his sophomore season, Lamb looks to take over as Dak Prescott’s top option in the offense this season. I expect that number to increase this season as he progresses his talent more this season and Cooper becomes less involved as Lamb’s role increases.

The Cowboys go up against one of the toughest defenses in the league to start the season but that doesn’t mean every WR has a tough matchup. Lamb lines up in the slot while Gallup and Cooper line up on the outside. Lamb lines up as a slot WR at one of the highest rates in the league at 93% of the time. There are not many WRs that rival that number while playing the number of offensive snaps that Lamb does. This means Lamb should see Murphy-Bunting on close to every snap he gets, avoiding Jamel Dean and Carlton Davis for the most part. Murphy-Bunting allows 1.74 yards per snap (Worst), a target every 5.6 snaps (6th-worst), and a reception every 6.6 snaps (second-worst). Those are some of the worst numbers in the league for qualifying slot corners.