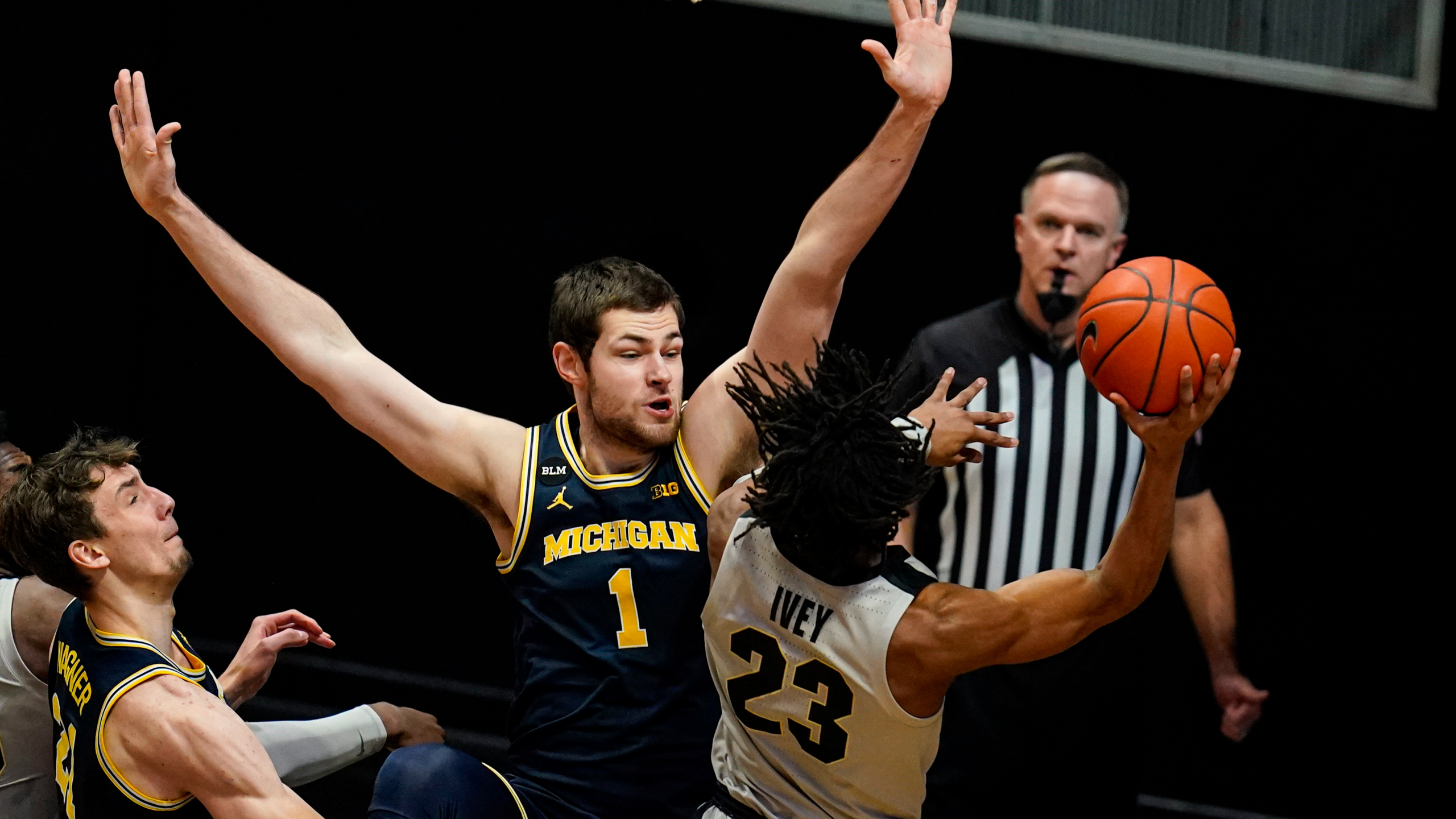 With just eight weeks until college basketball tips off, it’s not too early to start looking ahead and placing futures bets! Check back in for more conference previews, futures bets, and preseason CBB Top 25 rankings in the coming weeks.

As a Michigan State alumni, I have always paid close attention to the Big Ten. So, it’s not a surprise that over the past decade I have tracked better results betting Big Ten basketball than any other conference. It is such a unique conference that has produced an impressive amount of Final Four teams but only one National Championship since 2000. According to KenPom, Big Ten was the best conference in the sport the past two seasons. It is a very physical conference, led over the years by Hall of Fame coaches, elite point guards, and more recently dominant big men. I took all those factors into account before placing a futures bet on which team will win the 2021-22 Big Ten regular season championship.

I don't believe a long shot team will be consistent enough throughout the season long grind that comes with the Big Ten bully ball style of physical play.  So, let's look at the top five teams with the best odds of winning the Big Ten this season.  To find all of the staff’s favorite bets make sure to sign up for the Premium package.  Check out where to bet to find sportsbooks available in your state.

Juwan Howard welcomes the number one recruiting class in the country, headlined by Moussa Diabate and Caleb Houston. Pair that with the preseason Big Ten Player of the Year favorite in Hunter Dickinson, and this team will undoubtedly be very good. My main concern is with losing the top three shooters from last year’s Elite Eight squad. The departing trio of Isaiah Livers, Mike Smith and Chaundee Brown led the team in three point shooting, and Franz Wagner’s defensive efforts materialized into an NBA lottery pick. There are a ton of minutes to replace, and a large portion will be filled by freshmen. I actually prefer Michigan’s National Championship odds (+1200 on Caesars Sportsbook) or their eventual Big Ten Tournament odds as opposed to their Big Ten season championship odds, since young teams often reach their peaks in March.

Purdue is my pick to win the regular season Big Ten Championship. There are a handful of things I look at when analyzing if a team can win the Big Ten, and the Boilermakers check all the boxes.

Matt Painter has won three Big Ten regular season championships since 2010 and finished in second place four times since 2008. Painter has proven he can do it.

Believe it or not, Purdue didn’t have a single senior on the roster last season! Aaron Wheeler transferred to St. John’s, but the rest of the team returns. They add a pair of top 75 recruits, the top two high schoolers out of Indiana, so this team is very deep now.

It seems like everyone, myself included, expects a monster breakout season for 6’4” Sophomore guard Jaden Ivy after making headline performances in Team USA’s run to the FIBA U19 gold medal this summer. Point guard Eric Hunter and sharpshooter Sasha Stefanovic return to keep the chemistry intact.

In Purdue’s case, it’s big men. Senior leader Trevion Williams has a real chance to be the conference Player of the Year with the way he runs the offense through the post and dominates the glass. 7’4” Zach Edey showed flashes in his freshman season and looks to make a big jump in year two. Like Ivey, Edey also impressed this summer in the FIBA U19 World Cup, averaging 15 & 14 and helping Canada finish third.

A packed Mackey Arena with 15,000 roaring fans and a deafening student section is one of the toughest places to play in the Big Ten. You can count on two hands how many times Purdue has lost at home in conference play the past seven seasons. To win a conference championship you can’t be losing home games, and I think Purdue can run the table at home this season.

The return of stretch center EJ Liddell keeps the Buckeyes near the top of the list for Big Ten preseason rankings.  However, losing Duane Washington and CJ Walker breaks up the core from last year's back court.  I feel bad for Seth Towns, the injury prone sixth-year big man, who had offseason back surgery and is once again unlikely to return any earlier than the end of the calendar year.  Add in recent reports of a lower leg injury to Meechie Johnson, and this Ohio State team has too many question marks for me to believe they can win the Big Ten.

Kofi Cockburn is one of the most dominant physical presences in all of college basketball.  After flirting with the NBA Draft and potentially transferring to Kentucky, Cockburn's return to Illinois grabbed plenty of offseason headlines.  However, the return of Trent Frazier and Andre Curbelo may be even more significant.  A very good returning back court and a dominant center are the typical ingredients needed to win the Big Ten. While Michigan technically won the Big Ten in an odd COVID year, Illinois finished with the most wins in conference play last season, so the +700 odds are attractive.  There's just that massive void that Ayo Dosunmu's departure leaves that has me questioning the Illini.  Dosunmu really had that 'it factor', and he was one of the best finishers in the sport.  Who will step up to take on that much-needed role this season?

Tom Izzo has led the Spartans to 10 regular season Big Ten Championships, including three straight in 2018, 2019 and 2020. Some may consider this season a ‘rebuild’ after finishing with a losing conference record and then seeing nearly half their team leave via transfer, graduation, or NBA. I have faith in the incoming freshmen Max Christie, Pierre Brooks and Jaden Akins – the most promising looking freshmen class in the past five years. With the influx of talent, reports of great training camps, and a rocking Izzone student section at the Breslin Center, MSU will be back in the mix again. While I don’t think they have enough to win the regular season title, I predict the Spartans will finish third in the Big Ten standings.