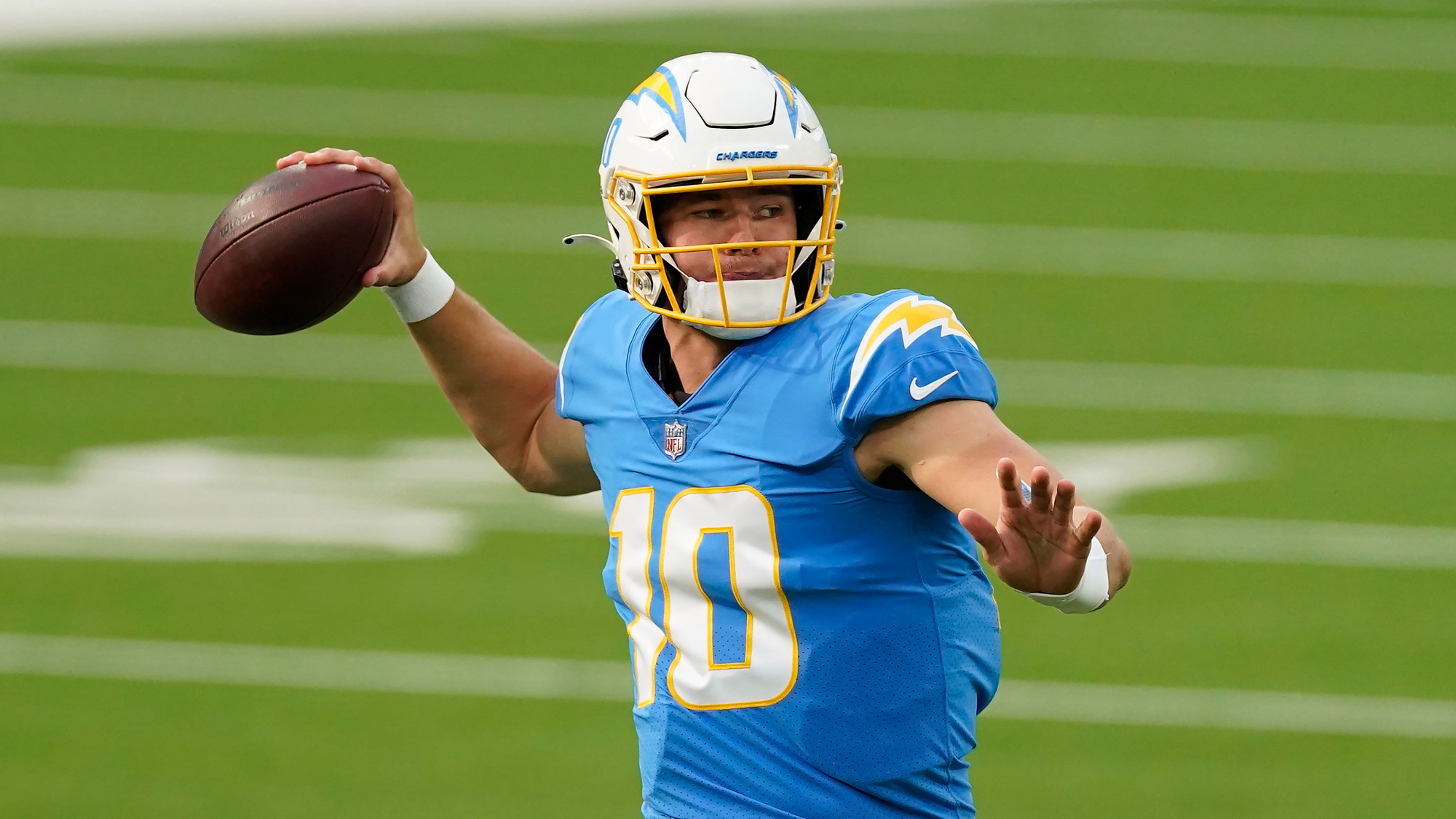 What is up Karma Nation! Welcome back to another week of the NFL season! Last night we had another amazing primetime game as the New York Giants lost to the Washington Football Team by one point last night. Hopefully, all the primetime games are that great moving forward. Today let’s take a dive into a battle between two of the best young quarterbacks in the league as the Chargers take on the Cowboys in Los Angeles. This game should be a shootout, but surprisingly they are only tied for the most points on the slate at 54.5 with two other games. Taking a first look I would expect them to be projected the highest total in the league this week as these two juggernaut offenses go up against each other.

As always, all prop lines are based on DraftKings Sportsbook. Join today and get a bonus deposit match of up to $1,000! Lines may vary based on the time you are reading this or if you are using a different sportsbook. Check out where to bet to find other sportsbooks in your state. Let's dive in.

Taking a look at the live trends page at Betkarma.com you can see we already have massive line movement coming in on the game total, which could increase even more as we inch closer to game time. The Cowboys have raised 1.5 points as the Chargers have raised 2.5 points. This resulting in a 4-point swing towards the over in the game. This is just one of many tools we offer at betkarma.com check out the rest of the tools we have to offer and their pricing guide on the site.

With the game projected to be a shootout, there are a couple of options to go about betting this game. You can always take the game total over for points if you believe both teams will score four touchdowns. Although, the way I like to go about it is betting props. Specifically, QB passing yards. Unfortunately, one probably making this game not a lock for both QBs to go over yards is their poor rushing defenses., but they are still great plays. Today I am going to focus on one side of the ball.

Justin Herbert played fantastic against a tough defense in the Washington Football Team last week. One thing that prevented them from scoring a lot more points was two redzone turnovers. Other than that, the Chargers played close to a perfect game marching down the field and only punting during the first quarter. In the first game of the season, you can expect dusting off some rust to start the season. Justin Herbert was still able to pass for 337 yards while only tossing one touchdown. Against a top-tier defense so expect a similar result with more touchdowns against a bottom-tier defense.

The main reason the Chargers found success started with their offensive line. They spent their first-round pick this year to fortify their line and grab the second blindside tackle of the draft, Rashawn Slater. This showed last week as the Chargers ranked best by far in projection, only allowing pressure on 12% of dropbacks. The team ranked second? The Buccaneers, who only allowed a pressure on 20% of dropbacks and guess who they played, the Dallas Cowboys. So, that means we can expect another great game of protection as the Cowboys struggled to get to Brady, I expect something similar this week against the Chargers. With time in the pocket, this gives plenty of time for the receivers to get one and when you have one of the best route runners in the league, Keenan Allen, he should have no issues. Especially when the slot corner, Jourdan Lewis, is one of the worst slot corners in the league.