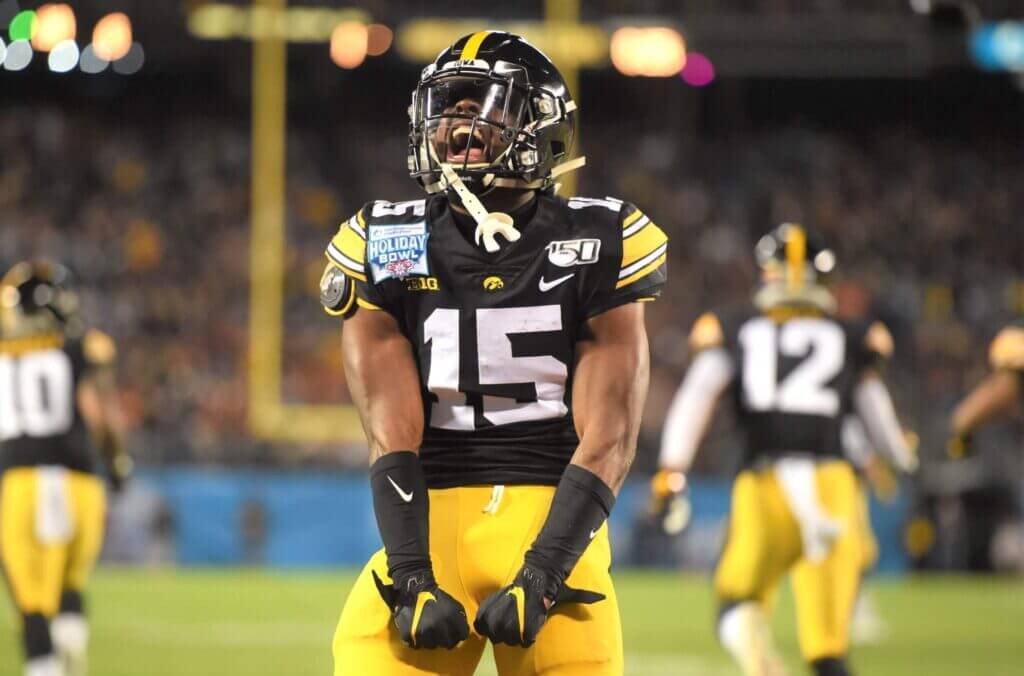 Head Coach Kirk Ferentz and the Iowa Hawkeyes are playing at an elite level to start the season. They dominated the Indiana Hoosiers in a 34-6 home win, holding Indiana without a touchdown while recording 3 interceptions against the talented Michael Penix Jr. Iowa then traveled to Iowa State in a battle of top-15 ranked competitors. They dominated once again, winning 27-17. Iowa once against recorded 3 interceptions, as Brock Purdy looked lost. Furthermore, they held Breece Hall to only 69 yards and 1 touchdown in this game.

Head Coach Sean Lewis and the Kent State Golden Flashes are starting their season out with elite competition. They lost 41-10 to the Texas A&M Aggies in their opener, allowing Devon Achane and Isaiah Spiller to combine for 237 yards and 2 touchdowns on the ground. Kent State redeemed themselves in a significantly easier matchup in their next game, beating the VMI Keydets 60-10 with 7 rushing touchdowns.

This game is a step down in competition for Iowa. There’s no real question to the winner of this contest, so the question becomes will the Hawkeyes cover the spread? Or will Kent State prove that they can keep a road game close against a top-five team in the country?

It’s a small sample size in 2021, but Iowa’s looked elite against the spread (ATS) this season. They’re 2-0, winning their games by an average of over 19 points. More importantly, they’re beating the spread by 19.2 points, ranking second in the NCAA to only Rutgers.

Kent State’s seen mixed results, posting a 1-1 ATS record thus far. Both of their games have been blowouts, although overall they’re winning their games by an average of 9.5 points. They also boast a 15-point ATS +/- this season. Keep in mind, the sample size is limited, and drastic wins and losses can change the perception of teams.

There are two aspects to consider when judging if this is a spot where Iowa could overlook Kent State. First, are they coming off of a big win? Yes. Iowa traveled to and beat rival Iowa State in what projects as one of their most important games of the season.

Second, do the Hawkeyes have an important matchup coming up that they could be looking toward? No. Iowa’s next two games are against Colorado State and Maryland, and they won’t see a top-25 team until they face off against Penn State on October 9.

This is always one of the more difficult aspects of college football to judge. Even though they’re coming off of a major victory, I don’t anticipate a well-coached Iowa team will come out flat in this game. Even so, I believe the talent gap could be so large that they can easily make up a flat start in the first three quarters.

The biggest key to this game for Iowa will be how successful their run game will be. In two relatively tough matchups to start the season [compared to other cupcake options], they’re averaging 112.5 rushing yards per game.

Tyler Goodson and Ivory Kelly-Martin mark an outstanding pairing, although the former is the clear lead back in the offense. They struggled against a tough Iowa State team, which would be expected. With that being said, they totaled 143 yards on 27 carries, averaging 5.3 yards per carry against Indiana.

The most important aspect of this bet is Kent State’s defense rather than Iowa’s offense. Prior to the season, Phil Steele projected the Golden Flashes to feature the worst run defense in the NCAA, allowing 252.5 rushing yards per game. Those struggles were on full display against Texas A&M with Achane and Spiller each recording more than 100 rushing yards. Kent State looked significantly better against the VMI rushing attack, although Iowa’s backfield is significantly closer to the talent of A&M rather than VMI.

Surprisingly, Steele ranked Iowa as the 35th best backfield and 53rd best offensive line in the country this season. I believe these were both a bit under-ranked, as we have more information at this point than prior to the season.

We know Iowa will be able to score in this matchup, meaning the spread will come down to their defense. They’ve been dominant early this season, holding Indiana and Iowa State to 6 and 17 points, respectively.

Steele ranked Iowa’s defensive line and linebacker groups as the 48th and 21st best units in the NCAA this season. Most importantly, they ranked as the ninth-best secondary in the country, returning several starters. Iowa picked off two of the best quarterbacks in the country 6 times in their first 2 games, and they should see plenty of opportunities for turnovers against Dustin Crum this week.

Crum totaled only 89 yards with 2 interceptions on 26 pass attempts against Texas A&M, and we could see similar struggles against a dominant Iowa secondary, who should be playing with the lead throughout this game.

The win in this game will likely never be in question for Iowa. Instead, we need to predict more than a 3 touchdown spread. Kent State’s played in two blowouts this season, yet they rank 18th in the NCAA in plays per game. They’re an offense that loves pushing the pace, allowing Iowa to take advantage of extra possessions. We will likely see the Hawkeyes record 35+ [40+, really] points in this matchup.

This bet comes down to whether we expect Iowa’s defense to dominate Kent State, and it’s tough to believe they’ll struggle after their performances against better competition. Kent State isn’t an offense designed to play from behind, especially against higher competition, meaning we could see quite a few turnovers, giving Iowa ample opportunities to win this game by 4+ touchdowns.