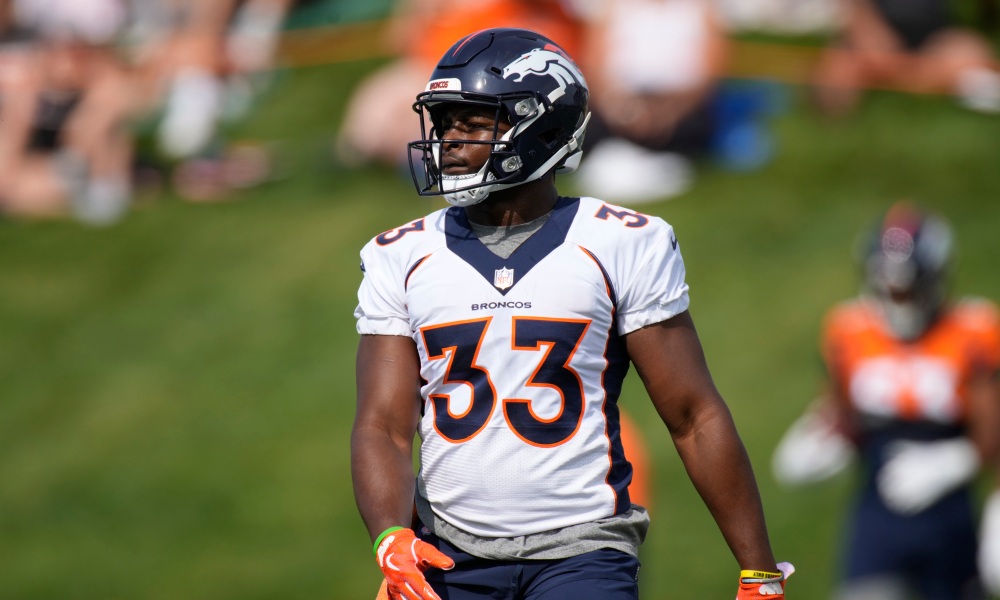 Javonte Williams and the Denver Broncos will host the New York Jets at Empower Field at Mile High this weekend. These teams have been opposites early this season. Denver boasts a 2-0 record, posting a +24 point differential against the New York Giants and Jacksonville Jaguars. New York owns an 0-2 record, recording a -24 point differential against the Carolina Panthers and New England Patriots. Although the Jets have faced stiffer competition, it’s important to note that the Broncos have performed the way we’d expect against lesser competition early this season.

The odds represent the two directions of these teas. Denver’s currently a -10 favorite against New York. They’re the largest favorite on the entire slate. The game total’s set at only 42 points, although I don’t believe that’s because of the Broncos' offense. Instead, it shows that Vegas has very little confidence in Zach Wilson against this Denver defense. The Broncos' offense can find plenty of success while the defense shuts down the struggling New York offense.

Javonte Williams is coming off of a great college career at UNC. He posted 2,073 yards and 24 touchdowns on 323 carries over his final 24 games. Williams ended up being selected at the top of the 2021 NFL Draft by the Denver Broncos.

He’s currently in a timeshare with Melvin Gordon. Through 2 games, Williams owns 109 rushing yards on 27 carries, playing only 45.2% of the offensive snaps. He saw 14 carries for 45 yards against the New York Giants before posting 64 yards on only 13 carries against the Jacksonville Jaguars last week.

Although his numbers don’t pop off of the page, Williams’ quietly impressed. He’s one of four players with double-digit forced missed tackles this season. He’s also one of two players (Nick Chubb) to rank in the top-10 of the league in forced missed tackles with seeing fewer than 30 touches, per Pro Football Focus.

Even with his success, Williams isn’t likely to take over a full-time role with Gordon in the backfield anytime soon. Instead, he needs to continue to be efficient with the opportunities he finds. Williams gets a plus matchup against New York, who’s allowed 183 rushing yards to Christian McCaffrey a multiple New England Patriots running backs this season.

I expect Denver to continue to utilize the run in this game, and Williams could be in line for extra work. If the Broncos' defense is able to shut down Zach Wilson, specifically recording a few takeaways, they could see an early lead. Denver can lean heavily on the run in the second half, and they wouldn’t be forced to give Gordon carries while allowing Williams to get crucial reps for more important games later in the season.

There is a bit of risk in the bets posted below, as Denver could opt to continue their split between running backs in this game. Regardless, I’m expecting roughly 15 carries from Williams, leaving his rushing attempts prop a bit low. If that’s the case, New York’s defense would have to hold him to roughly 3.7 yards per carry for the under prop to hit on the rushing yards, which is unlikely. I’m backing his pure talent in a plus matchup at this point.