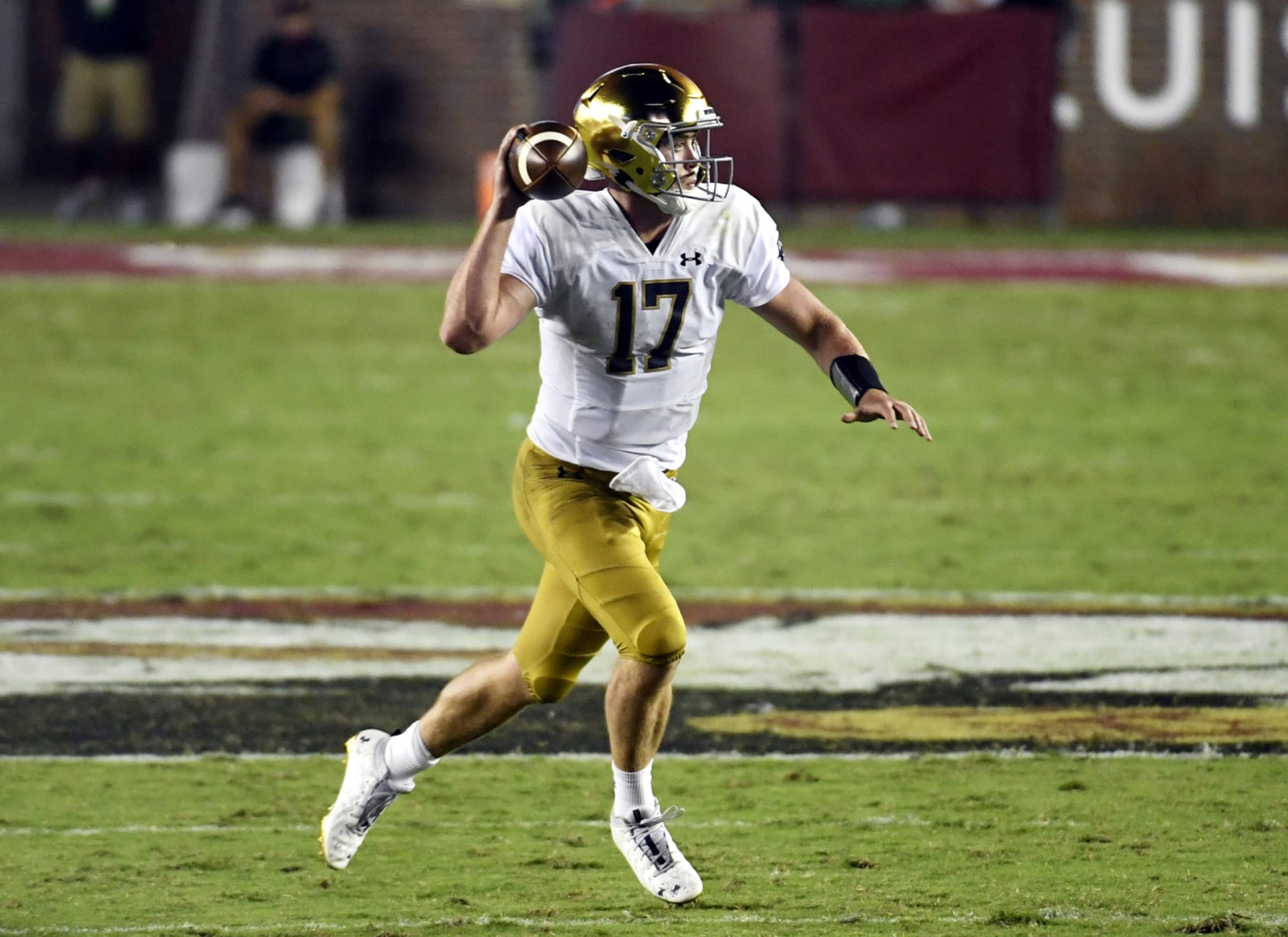 Brad's Best Bets - Backing the Badgers Could be Trouble

Week four of the College Football season is upon us and we are finally feeling what it’s like for a top-10 program to travel to hostile environment and show if they have what it takes to survive on the road. Despite being up three scores to start the game, the Alabama Crimson Tide failed to cover the spread. In that second half, the Florida Gators looked like a team who could stand toe-to-toe with anyone in the country. College Football fans better mark their calendars; October 30th the worlds largest cocktail party will surely be a treat.

I’m not one to use the term “revenge game” as a reason for my handicapping, but it must be known this is a bit of a revenge game for Notre Dame quarterback Jack Coan. The 22-year-old graduate transfer played for the Badgers 2019 and led them to the Rose Bowl. In 2019 he was more than serviceable throwing for over 2,700 yards, 18 touchdowns and five interceptions. His new chapter in Notre Dame has been a bit inconsistent however they are undefeated, and he’s thrown for eight touchdowns and only two interceptions.

Wisconsin will be the “home” team; however, this is a neutral sight game with the contest taking place in Chicago at Soldier Field. I think the spread for the is a bit too high for my liking. Wisconsin proved week one against Penn State that their offense has a lot of work to. They were only able score 10 points despite multiple trips to the redzone. Their game against Eastern Michigan was primarily dominated by the run game, so we are still left with question marks surrounding Mertz.

The star of this game will undoubtedly be running back Kyren Williams. In a hard-fought rivalry game with Purdue, Williams ran the ball for 91 yards and a touchdown and added another 47 yard and a touchdown receiving.

It’s important to note that the Fighting Irish have had a great deal of success against the Big 10 in recent years with a 5-0 record against the spread.

The winner of this game will be the team who can capitalize on opportunities and wins the turnover battle. Notre Dame has serious College Football Playoff aspirations and the depth to overcome adversity. I am backing Notre Dame +6.5 (-120) for 1 unit.