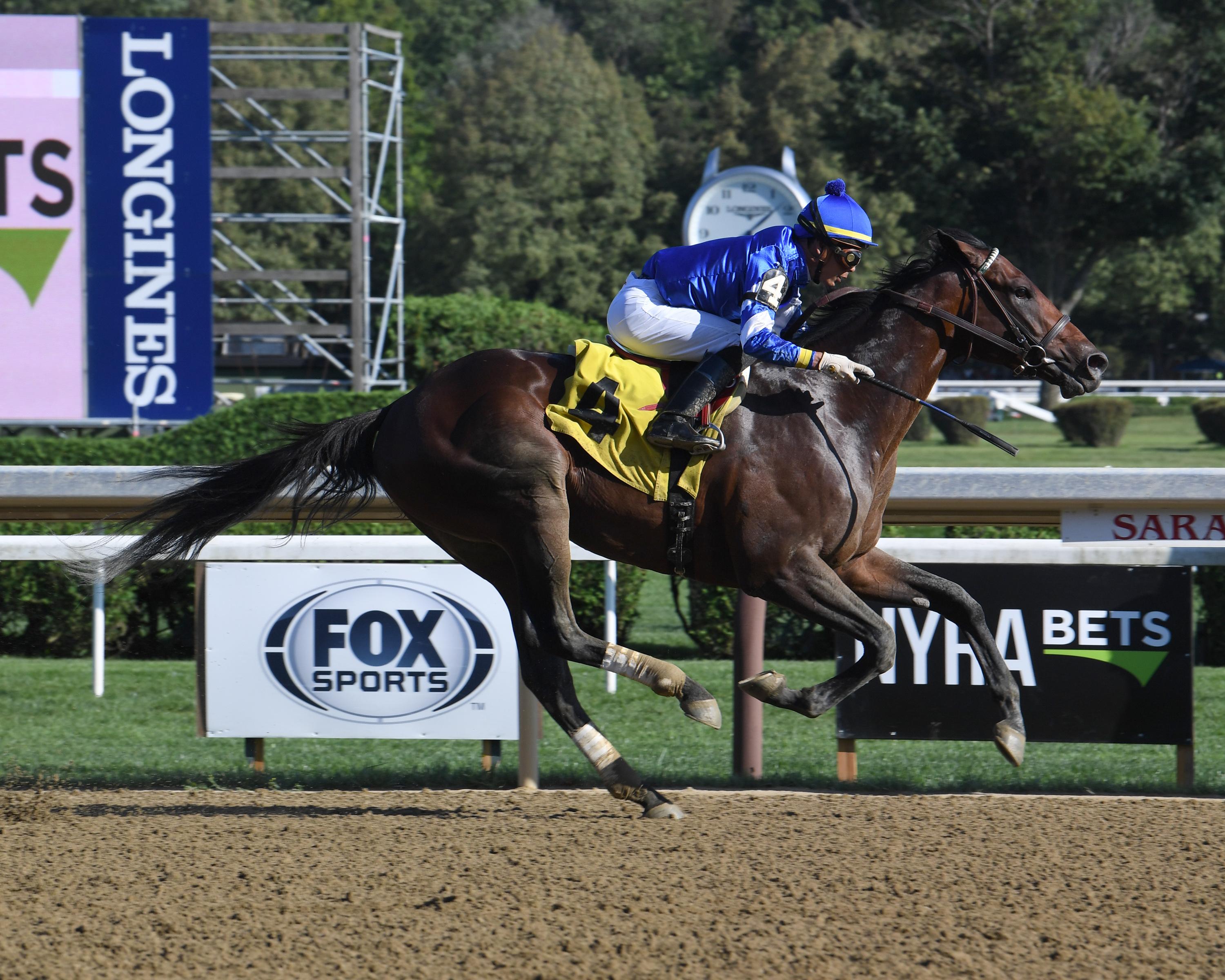 Normally relegated to weekday action, this Saturday Parx will take center stage as they host their premier racing card of the year, headlined by the Grade 1 Pennylsvania Derby for three-year-olds. While all the focus is on the Pennsylvania Derby, there are a number of strong races on the Parx undercard, including the Grade 1 Cotillion for three-year-old fillies and the Grade 2 Gallant Bob Stakes. Although Bob Baffert elected not to ship Private Mission and Medina Spirit, these races are not short on star power at all, bringing us the likes of Jackie's Warrior, Clairiere, Hot Rod Charlie, and Midnight Bourbon.

The play for this weekend is going to be a Pick 3 starting in race 10, the Gallant Bob Stakes. This sequence appears to have some very formidable favorites, so the idea is to play an aggressive ticket with a larger base bet and aim to turn odds-on favorites into a more profitable parlay. You have to play the sequence that you are given, and not each bet will return 50-1 odds. This is one of those times where it's best to slam your strong opinions rather than force a bet against a horse who appears much the best.

Starting in Race 10, there isn't much that needs to be said. Jackie's Warrior is a laughable 4-5 on the morning line here, but he will be every bit of 1-9 come post time and deservedly so. He towers over this field and will be a free square for many players. I see no reasonable argument against Jackie's Warrior other than gambling for gambling's sake, so we will take the single and move on to the next race.

Race 11 is where we may be able to develop a bit of value. The morning line favorite, Clairiere, has been keeping great company all year. However, she doesn't seem to win much and may be lacking that killer instinct. She is also somewhat pace dependent, and with the expected scratch of Private Mission, it appears the flow of the race will strongly favor leaders and stalkers. We will take a stand against Clairiere. The two most interesting alternatives are Army Wife and Always Carina. Army Wife was actually beaten by Clariere last out, however, Army Wife made a strong middl emove into the quickest part of the race and ultimately paid the price, tiring deep in the stretch. I also think it's fair to question if Army Wife really wanted to go 10 furlongs. The cutback to nine furlongs here makes sense, and she owns enough tactical speed to stay involved in the race early and will get first run over Clairiere.

Always Carina appears destined to default into the pacesetter role here, and there aren't many horses who appear able to contest the lead early. I'm not really convinced that Always Carina is as talented as she has been billed, but it's hard to ignore her in a race where she has such a monumental pace advantage over this field.

Moving into the feature race, the Pennsylvania Derby, the race begins and ends with Hot Rod Charlie. This colt has been outstanding lately, arguably the best three-year-old in the country after Essential Quality. He ran an incredible race in the Belmont Stakes, setting a wicked pace and barely losing to the aforementioned Essential Quality. He then came back in the Haskell Stakes and crossed the finish line first before being disqualified for interfering with Midnight Bourbon in the stretch. While he clearly did cause Midnight Bourbon to stumble, it's worh noting that Midnight Bourbon was going backwards at that point in the race and was never going to be a threat to the top two finishers. He's had plenty of time off to recover from that race and is the top and only selection in this event.

Some may argue that Midnight Bourbon needs included, but I thought he ran a big race last out and is now returning on less than four weeks rest. I would expect him to regress off of that effort rather than repeat it or step forward. Keepmeinmind seems destined for a minor award at best. Speakers Corner and Americanrevolution are intriguing long shots, but both are facing a massive class test here and are more usable underneath than on top of wagers.

Bet this play by clicking here to signup for a TwinSpires account.  Using our code TWIN200, you will receive a $200 signup bonus.  Also, for more Parx plays, visit our discord to chat with bettors and experts!