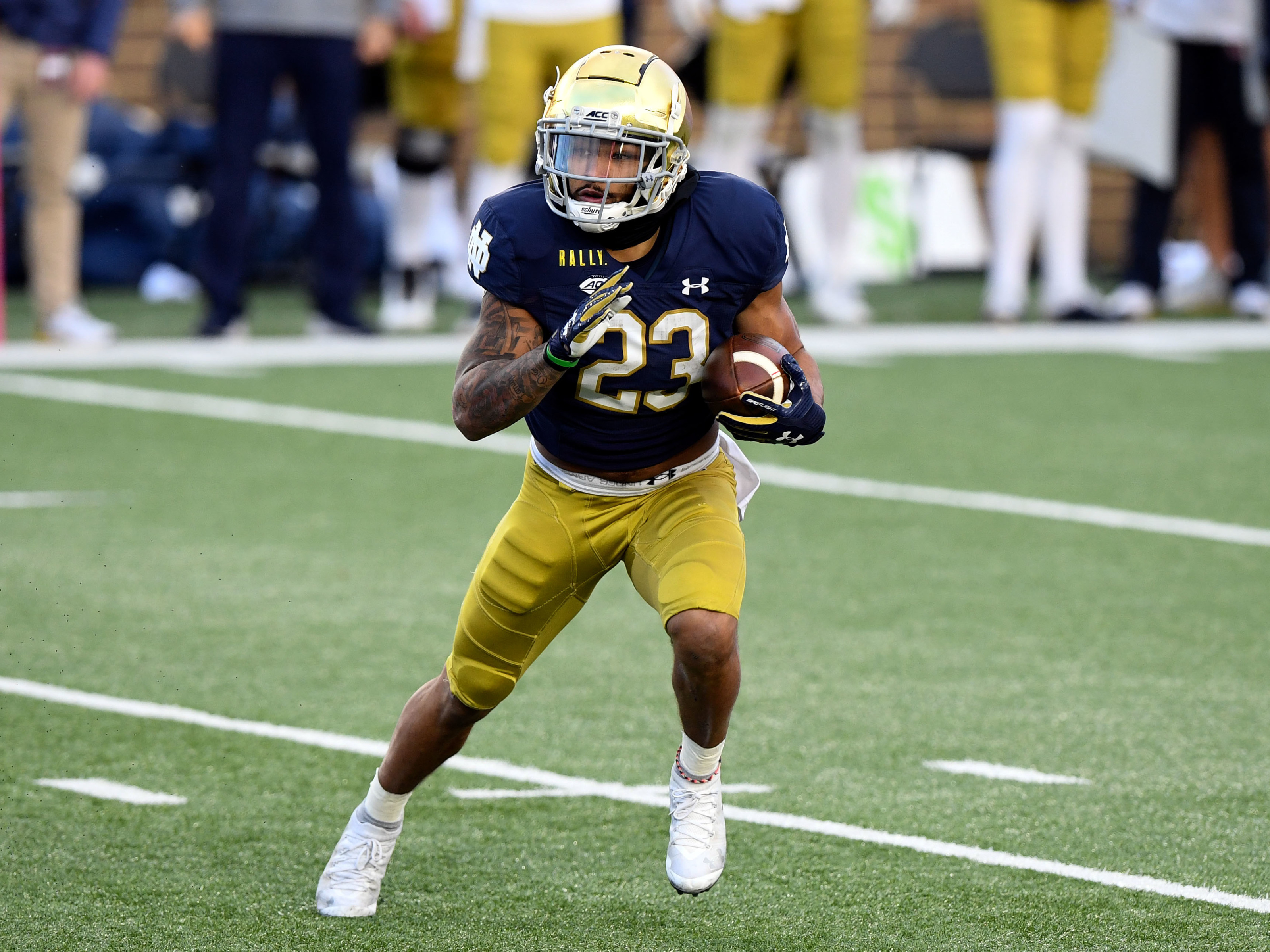 Last weekend we were some of the few to back Notre Dame when they traveled to Chicago Illinois to take on Wisconsin. The Fighting Irish battled through adversity and were able to come out victorious. In fact, not only did they win, they won in dramatic fashion. While Wisconsin was the team touted for their elite defense it was Notre Dame with picked Wisconsin of multiple times for touchdowns. This week we are going back to the navy and gold well.

Notre Dame welcomes the Cincinnati Bearcats for a 2:30pm kickoff where both teams have huge playoff implications. For Cincinnati, they must believe if they win out, they will be the first Group of 5 team to make the College Football Playoffs. For Notre Dame, they know all they need to do is continue to beat the teams in front of them and they will walk right into the playoffs.

There’s not secret that Cincinnati come into this game with an outstanding defense. A defense that picked off Michael Penix Jr. three times and forced one fumble during the Indiana game. The Bearcats have held their opponents to just 15 points per game this season. Unfortunately for them, they aren’t the only tough defense Notre Dame has played this season.

I generally like to back teams off a bye week; however, I think Wisconsin served as a great tune-up game for the Notre Dame offense. Early in the game Notre Dame was punched in the mouth and stifled by the elite Wisconsin defense. The offense was able to adjust and begin to challenge the Badgers defense and get points on the board.

Notre Dame enters this contest 6-1 ATS in their last seven has home underdogs; while currently riding a 26-home game win streak. Notre Dame is lucky to have Jack Coan back for this game. I expect both Kyren Williams and Chris Tyree have much better outing against this Cincinnati. While both running backs are averaging less than 3.5 yards per attempt, the weakness of this Cincinnati defense is against the running game. They are allowing over 135 rush yards per game. The run game will be vital to the success for Notre Dame.

Notre Dame have the talent advantage and have a program that wins big games at home. Despite the stout defense by Cincinnati, I will be backing Notre Dame to win (+100) for 1 unit.