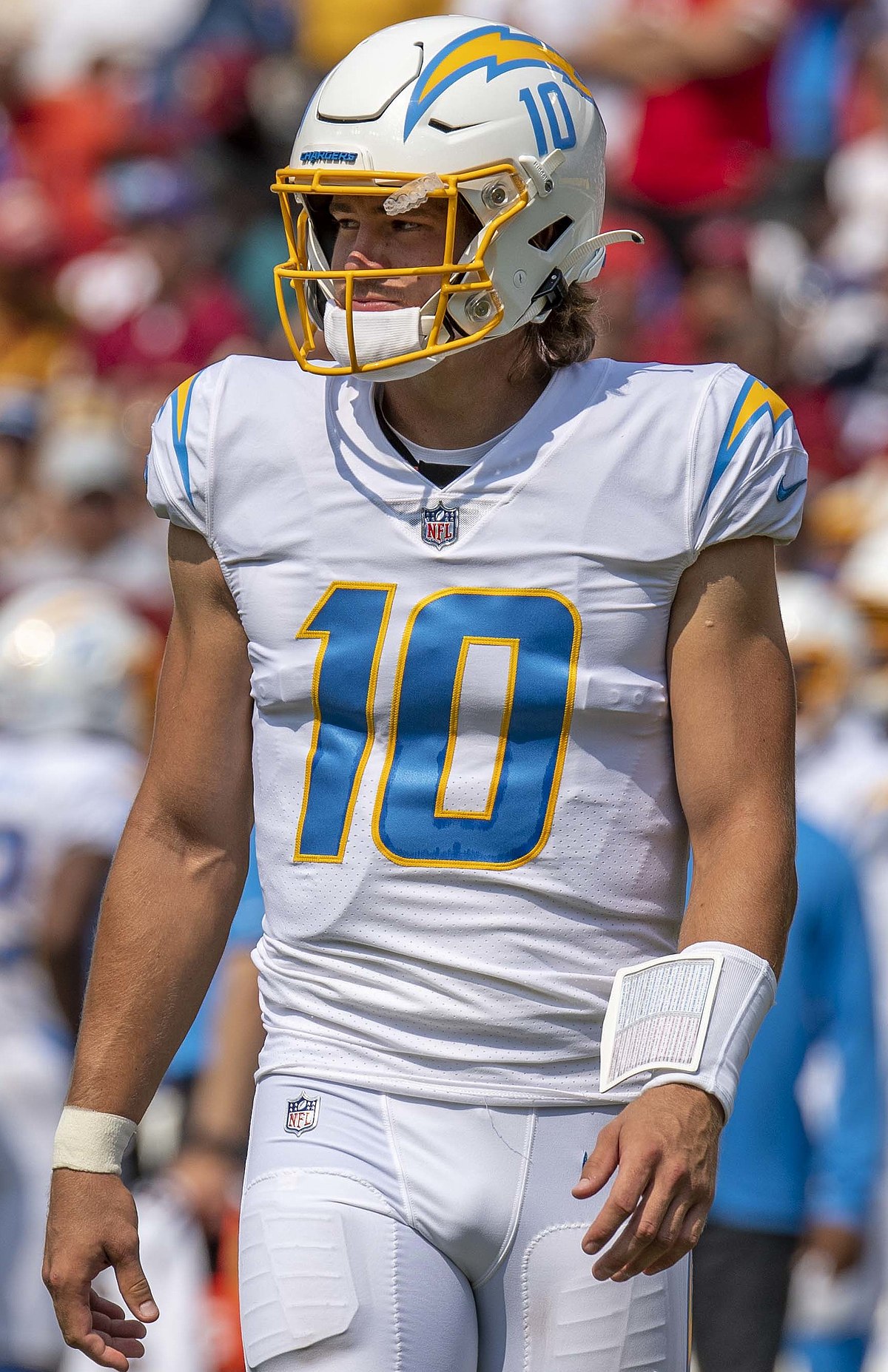 Monday Night Play Of The Day

An AFC West showdown will take place Monday Night Primetime in Los Angeles! The 3-0 undefeated Raiders will travel to play the 2-1 Chargers tonight. The Raiders have surprised many with their early 3-0 surge. The Raiders had a big upset win in Week one over the Baltimore Ravens. They parlayed that momentum into a massive week two victory over the Superbowl champion Kansas City Chiefs. Meanwhile, the Chargers have looked solid in their own right, also coming off a big road victory over Patrick Mahomes and the Kansas City Chiefs.
Tonight we will see young star Justin Herbert facing off against a Raiders defense who I believe has played a bit over their head to start the young season. The Chargers present one of the more high-powered offenses in all of football, and they will have multiple matchups to exploit tonight vs. this Raiders defense. They seem to have a two-headed monster at the wide receiver spot as Mike Williams has impressed many this season, while Keenan Allen has been his usual self for the Chargers. The rushing attack lead by Austin Eckler will be something to watch in this game as well. The Raiders rank in the bottom half of the NFL vs. the run, and this is an area I believe the Chargers will have to attack tonight. On the flip side of the script, the Raider's passing game has been their strength on the young season. The Chargers pass defense ranks 6th in the NFL, allowing just a tick north of 200 yards per game. The issue for the Charger's defense is their run defense which ranks dead last in the NFL thru 3 games. However, the Raider's strength is not the run game as they rank again towards the bottom of the league running the football. The Charger's defense should be able to take away the Raider's strength tonight and test the Raider's run game behind a not-so-great offensive line. Josh Jacobs, the Raiders star back, has been dealing with an injury all season and will be a game-time decision tonight. I love the Chargers in this spot based on these things. The Chargers offense should have minor problems scoring the football tonight as they rank as the 3rd best passing offense in football facing an average secondary. I believe the books are overreacting to a 3-0 Raiders start, and the Chargers take care of business at home!