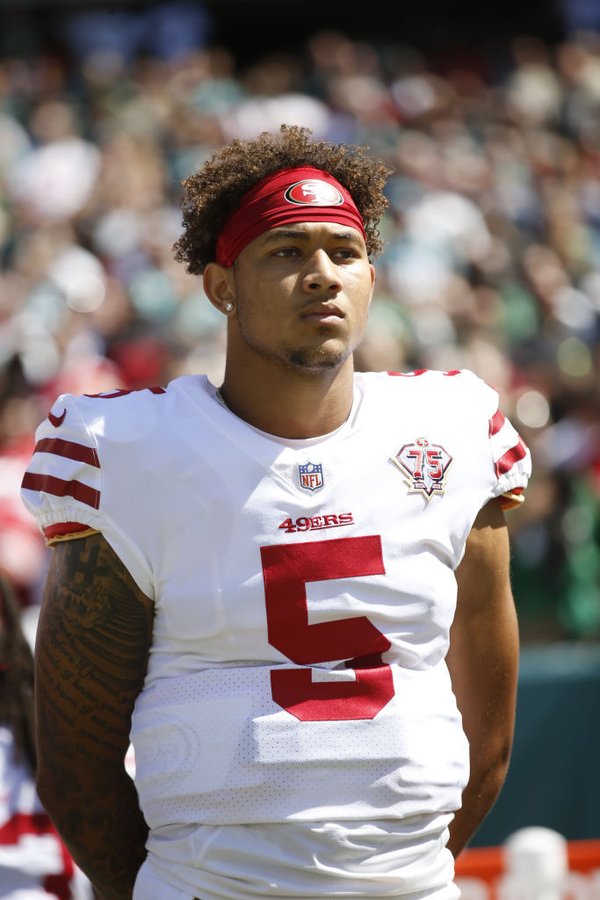 NFL Player Props - Is It Trey Lance Season Yet?

Playable to 44.5. Lance has given me everything I need to see in terms of his rushing potential. While I think it's gonna be a real coming-out party for the rookie, he also gets a very soft Cardinals matchup to start out his career. While the Cardinals may be the only undefeated team left in the league, I would credit a lot of that to Kyler Murray and his MVP-Esque numbers so far this season. This defense has gotten beat by a lot of teams and this is suddenly a very important game for the 49ers with some tough opponents coming to town.

If you’re not familiar with Lance, I would tell you to think of a more athletic/speedy Daniel Jones or Trevor Lawrence in terms of usage. This team is very run-heavy and the diversity of skills between Elijah Mitchell, Trey Sermon, and now Trey Lance is gonna be interesting to watch. The reason I made the comparison to Jones and Lawrence is because I think they are gonna keep this defense guessing in terms of who runs the ball and he should see multiple read opportunities where he can keep it or hand the ball off.

Lance has 7 rushes for 41 yards in the second half of the last game and now they have a whole week to plan for him. While the Bears did not utilize Fields to his strengths in his rookie debut I expect a lot more from the 49ers coaching staff. Jones and Watt should push him out the pocket and force him to turn to the running game. This is an important game and Lance is an athletically talented player, I'm expecting a lot from him. If you’ve read this far then here's a reward, I'm also sprinkling 0.25 on Lance to throw an INT against the Cardinals. He throws the ball so unnecessarily hard at his receivers that we've already seen it cause a couple of tipped passes, something to look out for.

If you enjoyed this article, make sure to check out all the awesome Bet Karma premium tools.