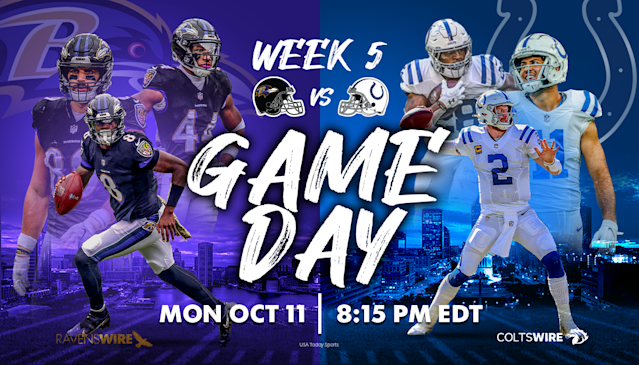 A big Monday night battle will go down tonight in Baltimore as the Ravens play host to the Indianapolis Colts tonight in Prime Time. The Colts enter this game with a sluggish start as they currently sit at 1-3 on the young season. The Ravens, on the flip side, sit at 3-1 after four games this year. The Colts went out in the offseason and made a move to add Carson Wentz as their new signal-caller this season. The Colts have underperformed so far for a team who made the postseason just a year ago. The Ravens have had an encouraging start to their season after being a playoff team just one year ago. This should be a competitive game tonight, but here I am looking at a total for this game,
The Colts and Ravens both look to run the football often. The Ravens rank fourth in the NFL in rushing attempts per game with 31.8 attempts per game. The Colts also rank reasonably high in this category at 13th, running the ball 26.8 times per game. This year, the Ravens also rank as an excellent rushing defense as they currently sit as the seventh-best rushing defense. Both of these teams also rank towards the bottom of the league in terms of the game's pace. The Colts and Ravens are both more mythical offenses as neither of them is all that explosive. I expect we see a ton of running and clock management in this football game, especially early in the first half.