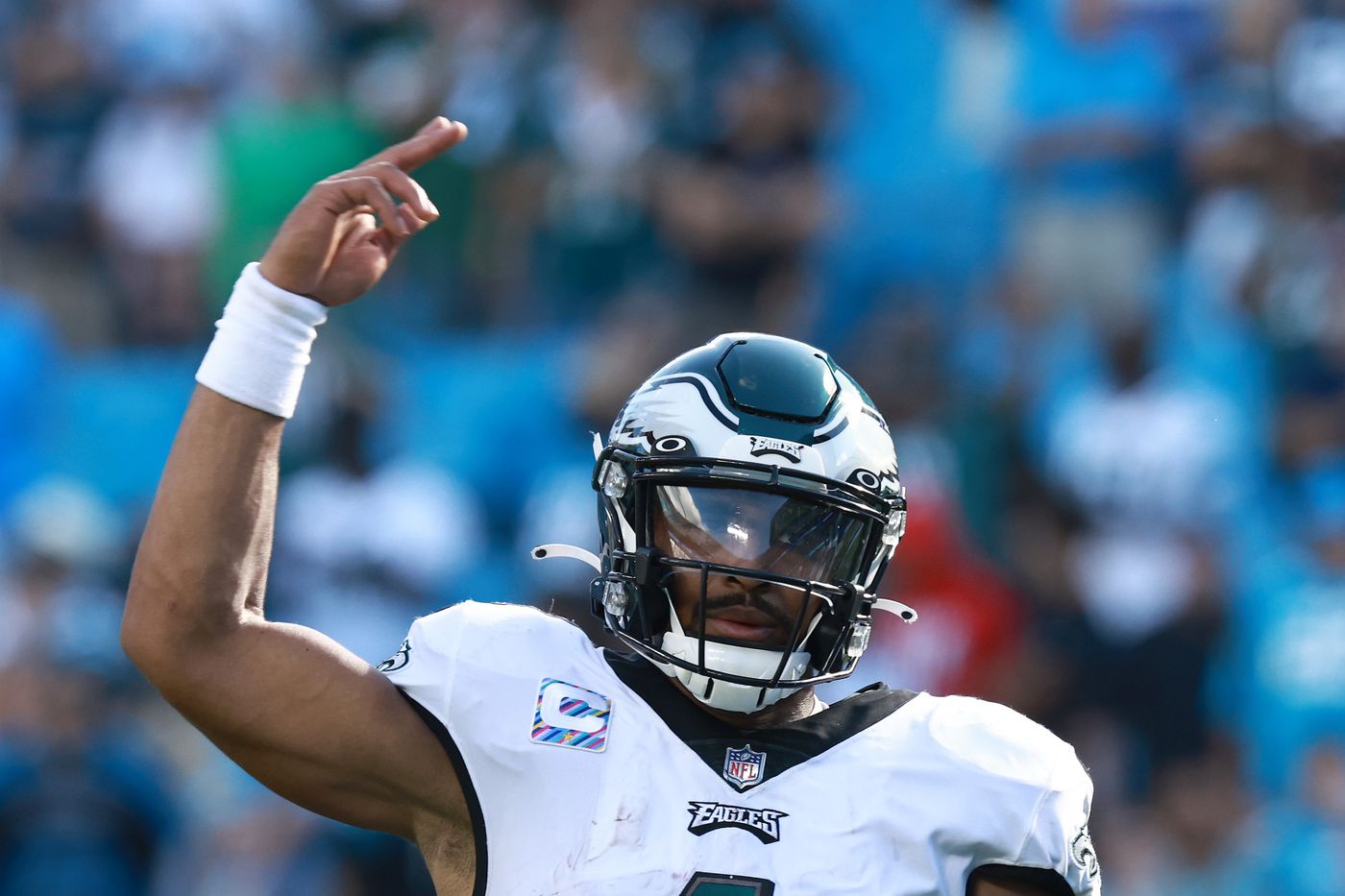 Welcome back, Karma Nation! I'll be highlighting three of my favorite NFL player props for Thursday Night's matchup between the Tampa Bay Buccaneers and Philadelphia Eagles. This article series is 6/15 on prop bets thus far this year (40%). After a 1/3 week last TNF, we're looking to get right back on track. The Van Jefferson was one catch off his prop last week, while Robert Woods was given usage we had not yet seen from him this season. As the season goes on, we'll be able to better predict trends and usage patterns with the more data we have to work off of. To find all of the other staff’s favorite bets make sure to sign up for the Premium package.

Hurts' rushing yardage has trended downwards over the past 2 weeks, but throughout the season he is still averaging 51.2 rushing yards per game. With Lavonte David expected to miss a week or two in the Buccaneers linebacking core, I'm more confident on Hurts being able to find room in the defense to hit the over on this prop. I'd expect this line to end up around 49.5 by the time kickoff hits, so if you like this prop, now's the time to get the line while it's advantageous.

It's no secret the Eagles have not been utilizing their running backs often in the run game. This lack of utilization has led to Jalen Hurts rushing in what seems like every other score. Hurts has 3 rushing touchdowns on the season, giving him an average of 0.6 rushing TDs per game. The Buccaneers have a notedly strong run defense, so I expect Hurts to have to get it done on the ground for this team to have any kind of pulse in the rushing attack.

This one might seem odd, as Kenneth Gainwell is firmly entrenched in people's minds as the pass-catching back for the Eagles this season. While Gainwell is catching passes, Sanders has also been heavily involved in the passing game. Through 5 games this season, Sanders is averaging 4 targets, 3 catches, and 22.2 receiving yards per game. With how close his averages are to this line, I'm comfortable betting the over in a game where the Eagles should be forced to play catchup in a negative game script.