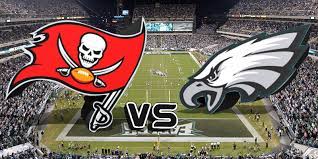 A Thursday night showdown will take place in the city of brotherly love as the defending super bowl champion Tampa Bay Buccaneers will come in to play the 2-3 Philadelphia Eagles. The Bucs have picked up right where they left off after a Super Bowl season with a hot start in their first five games. The Eagles, on the flip side, have dealt with early injuries and struggled a bit to kick off the 2021 campaign. The Bucs enter this game as a touchdown favorite on the road. The Eagles were a perfect home underdog last season, going undefeated against the spread as dogs at home. The side is tough, but I found a prop in this football game I love.

Did you enter our $250 CASH giveaway yet? If not, click HERE to enter ASAP!

Jalen Hurts will have to be the X factor in this game if the Eagles have any chance of winning this. The prop we are going with here is Jalen Hurts over 279.5 passing yards. This Eagles team has struggled to run the football with any consistency this season. The Eagles rank 27th in the league in rushing attempts per game, with just 22.6 rushing attempts per game. The Eagle's lack of rushing makes me like this prop but what makes me love this prop is the Buccaneer's rushing defense. The Bucs rank number one in the NFL in rushing defense and by an astronomical margin. The Bucs allow just 45.8 rushing yards a game as the next closest team in rushing yards allowed is the Browns, who allow 75.6. The Bucs rushing defense is number one, but on the flip side, their passing defense ranks dead last in the NFL as the 32nd best passing defense allowing a league-high 314.4 yards per game. Lastly, I believe the score will force the Eagles to throw the ball all second half with playing from behind. These numbers all match up perfectly here for Jalen Hurts to clear this number and, in my opinion, with relative ease.