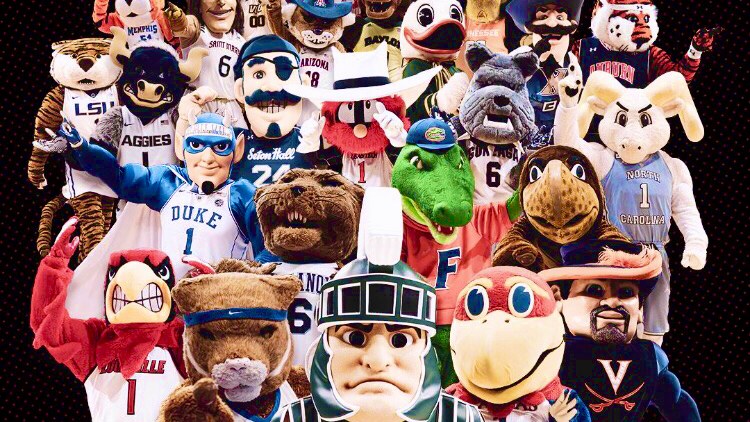 BASKETBALL IS BACK! NBA is starting and College Basketball tips in just a few weeks. With the AP Top 25 set to be released soon, I wanted to drop my preseason rankings right here, right now. Check out my list, followed by notes on the top ten teams.

*Update* Former top 30 recruit and Illinois transfer Adam Miller suffered a torn ACL and will miss the season for LSU. So, feel free to insert your favorite team at #25.

Drew Timme and his famed mustache celebration returns to Spokane, Washington for his Junior season. 7’1” Chet Holmgren, the top freshman recruit in the nation, will pair his defensive dominance with Timme’s elite scoring to form the best front court in the country. Senior Andrew Nembhard returns at point guard and a pair of 5-star freshmen guards brings an influx of talent to a deep Zags roster. Coach Mark Few loaded up the non-conference schedule once again, so the Zags will have a great chance to lock in another 1-seed in the NCAA Tournament.

Bill Self returns most of last year’s team except for Marcus Garrett. While Garrett’s defense will be missed, the Jayhawks get a major upgrade on offense via the transfer portal. Arizona State’s Remy Martin and Drake’s Joseph Yusefu are the type of ball dominant, scoring guards Kansas is used to having. If they can resemble the likes of past guards Devin Dotson, Frank Mason or Devonte Graham, Kansas can expect to regain their dominance of the Big 12.

John Calipari has recruited the best freshmen class many times. This year he brings in the best “transfer class” with Sahvir Wheeler, Kellan Grady and Oscar Tshiebwe likely to start, along with Iowa sharpshooter CJ Fredrick coming off the bench. This team is as talented or more than Coach Cal is used to, with way more experience than Kentucky ever seems to have.

Purdue is my pick to win the Big Ten this season. They return all but Aaron Wheeler from last year’s young team. I expect breakout seasons from Jaden Ivey and Zach Edey after brilliant summer showings in the FIBA U19 World Cup.

Speaking of transfers, Chris Beard’s first season in Austin starts off with SEVEN transfers on the roster. If anyone can make that work, it’s Beard. Minnesota’s Marcus Carr joins Courtney Ramey and Andrew Jones to form arguably the best backcourt in the country.

Juwan Howard brings in the top freshman class in the nation. Big man Hunter Dickinson and guard Eli Brooks return from an impressive season. Michigan once again will rely on an up-transfer at point guard - it worked out great last season with Mike Smith. This year, DeVante Jones brings his nearly 20 points per game from Coastal Carolina as he jumps into the big league.

Nate Oats is one of my favorite coaches in college basketball. He’ll continue the analytically-driven offense that shuns mid-range jumpers and focuses on the most efficient shots in the game – from behind the three-point line or directly under the bucket.  He loses a lot of talent from last year’s team, but ‘Bama returns two double digit scorers and welcomes a couple top freshmen and a key transfer.

It will be tough to replace Ayo Dosunmu’s clutchness, but Illinois returns the beast of a human Kofi Cockburn along with super senior Trent Frazier and breakout-ready Andre Curbelo. Coach Brad Underwood says Utah transfer Alfonso Plummer is the best shooter he’s ever coached.  Jacob Grandison and Da'Monte Williams were hyper efficient shooters on low volume last season.  They’ll have to take on bigger roles to help fill the void of Dosunmu, Giorgi Bezhanishvili and Adam Miller freeing up roughly thirty points per game.

With Jay Wright coaching and Collin Gillespie running the point, you can yet again put Villanova winning the Big East down in pen, not pencil. However, replacing JRE is nearly an impossible task (Jay Wright even said he’s worried about it) and off-season injuries have already created depth issues that may cap ‘Nova’s ceiling.

UCLA was an above average bubble team last year that lacked a true ‘big win’ until their magical Final Four run. Nevertheless, Mick Cronin is a winning coach and returns a very talented, experienced team. Ranking the Bruins 10th may be a spicy take because most pundits have them top three.  However, it’s one Michigan State basket away from being a spicy take for being too high, as most would have UCLA unranked.

To get my winning bets all season long, join the free discord chat channel HERE!  Also, make sure to sign up for the Bet Karma premium package to utilize the industry leading NFL prop predictor tool!

Let me know what you think!  @Dom_MSU on Twitter