We have six NBA games slated for Wednesday night at this very moment. COVID has wreaked havoc on the NBA but as Commissioner Adam Silver said Tuesday, there are no plans to shut down the league. This means more Bet Karma NBA prop bets. With these three players below, I try to take advantage of increased minutes for certain players and a lack of minutes for others. Let’s get right into it starting with John Collins vs Orlando Magic.

John Collins is one of the few starters left for the Atlanta Hawks after Trae Young and Clint Capela were both put in COVID protocols earlier this week. Danilo Gallinari is also out for Atlanta and Bogdan Bogdanovic is probable with an ankle injury, but could be limited. This means plenty of shot and rebound opportunities for Collins. Collins has put up at least 20 points and 10 rebounds in each of his last two games. Orlando is allowing the 4th most points per game this year (111.3 per game) and doesn’t have Mo Bamba or Wendell Carter to compete in the paint for rebounds with Collins tonight. Clearly the No. 1 option in this depleted offense right now, let’s lean on the Hawks leaning on Collins to carry them to a win against the horrible Orlando Magic. 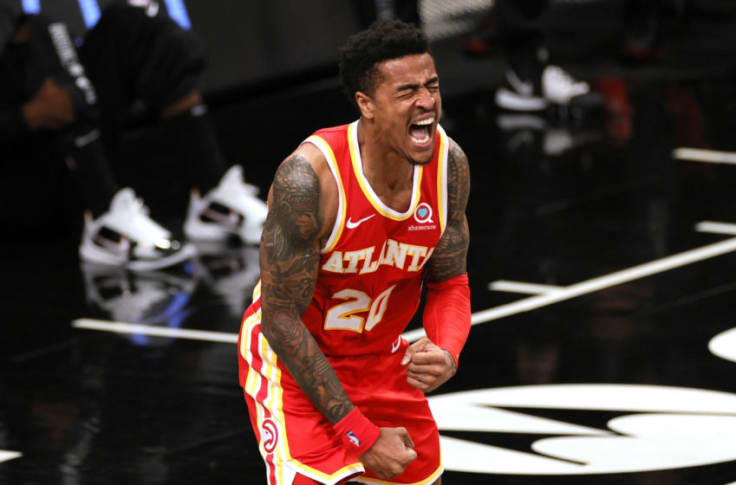 Josh Giddey is emerging as a fantasy monster, collecting plenty of rebounds and assists which makes him perfect for this prop bet. Giddey has hit this over in each of his last three games, including on rebounds and assists alone Saturday against the Clippers. Anytime a rookie guard has an 18 rebound game, that should catch our attention. The scoring is also coming around for Giddey, as the rookie is attempting 14.3 shots per game over his last six. Most of the Nuggets defensive focus is going to go on star guard Shai Gilgeous-Alexander so let’s roll with Giddey filling up the box score against the Nuggets.

For those that are unfamiliar with Jae'Sean Tate, the undrafted second-year player is a full-time starter on the rebuilding Houston Rockets. Tate was a big part of the Rockets recent seven-game win streak that took the NBA by surprise. The Milwaukee Bucks best defender Giannis Antetokounmpo is still in COVID protocols so let’s go with Jae’Sean Tate keeping up his strong play in recent weeks. With Kevin Porter Jr. out the last few games, Tate has taken double digit shot attempts in four of his last five games. I expect Tate to be active both as a scorer and on the glass against a Bucks team that is still trying to get healthy.